Linas Jegelevičius | the Lithuania Tribune
Lithuania‘s exclusive resort Nida this weekend is embracing all jazz lovers. For three nights, the annual Nida Jazz Marathon 2014 will be echoing jazz accords to the vastness of the Baltic waters. 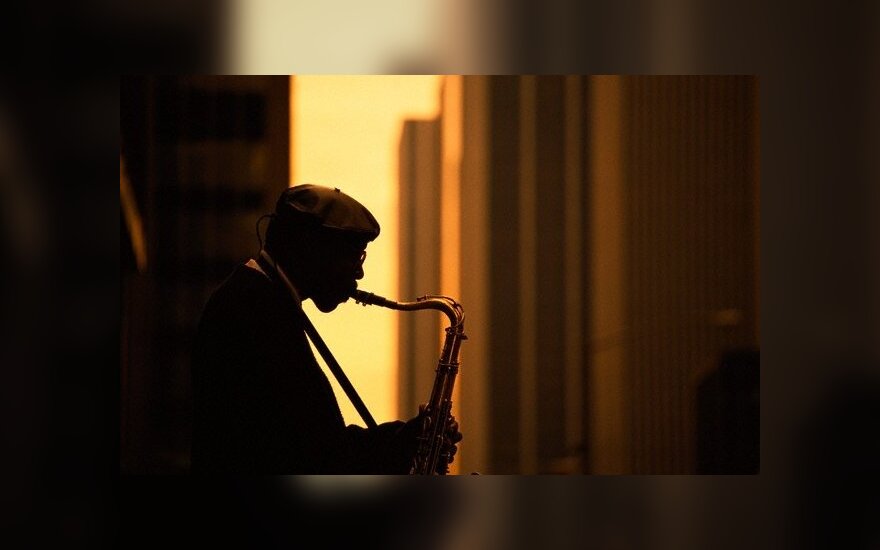 Kastytis Narmontas, the technical supervisor of the festival’s technical department and one of the key figures in Lithuania’s Jazz Federation, kindly agreed to take the Lithuania Tribune questions.

Nida Jazz Marathon brings some nice surprises each year. How special this year’s Nida Jazz Festival will be?

I guess that Leonidas Šinkarenka, who is in charge of the conception and compilation of the festival’s programme this year, won’t get very upset if I, responsible for the technical part of it, will say a few things about the programme.

Organized by, size-wise, a pretty small organizer, House of Jazz, the guys have done a tremendous job in making sure the festival is a blast.

Speaking of what I call “technicalities”, the festival this year has been moved a week ahead from its usual date. The reason? We really didn’t want Nida Jazz Marathon 2014 to overlap with Klaipėda Sea Festival events. Particularly when some of the performers have been invited to both festivals. This kind of overlapping has happened before, and this is not a good thing obviously.

The other interesting thing is that this year the festival, in its 14th edition already, has moved out from the “Auksines kopos” hotel, the traditional venue, where the month-long jazz concerts and performances were given until recently, to the fantastic location at the Nida lighthouse. In the past few years, we have done quite some of the events on the picturesque Nida seaside, but the space at the lighthouse is just fabulous for this kind of event.

Why is it so special?

One ought to come over and see it, perhaps I should say “feel it out”, him- or herself. It really emanates a great energy, that awesome synergy of the sea, music and people’s energy.

Nida is one of the best places in Lithuania for such kind of festivals to be arranged in. The fantastic surroundings, the entirety of the Curonian Lagoon and the Baltic Sea, clean and quiet environment, ambience of golden sand dunes and luscious pine forests creates the atmosphere perfectly suitable for serious music. Perhaps the surroundings even influence the music to sound in some other, better way. That way leads straight to people`s hearts.

They who have ever been to Nida, have experienced the beauty I’m talking about.

Nida Jazz Marathon has brought in a dozen first-caliber performers in the past. As big names make an event, who are the star performers this year?

Speaking of this year’s festival, I’d like to highlight the NYC-based band Bruce Cox Core-Tet. The band’s soul is drummer Bruce Cox, who, by the way, already performed in Nida in 2012. Sure, all the other participants are brilliant as well. I must mention Shinkarenko Jazz 4N, Enver Ismailov from Ukraine and the Spaniards, Rafael Cortez with the band.

Ismailov particularly amazes me. A world class guitarist, he’s also a true world citizen. His technique is really extraordinary and a guitarist can envy it as he doesn’t strum the guitar strings as 99,99 percent of guitarists out there do, but hits forcefully the strings with fingers.

He’s a real superstar, who easily switches from Tartar tunes to, for example, Hungarian harmonies.

I already feel like jetting to Nida tonight to catch some of the best festival tunes. But I must ask you about Lithuania’s Jazz Federation. What is it about?

I’m its council chairman. The federation was established in 2007 and it unites 52 jazz performers now.

It represents and advocates for the members’ various interests, as well as organizes presentation of Lithuanian jazz projects, jazz club concerts and international exchanges.

It also acts like a booking agent to promote Lithuanian jazz performers locally and abroad.

How does jazz score among other music genres in Lithuania?

I’d say the current situation of jazz is pretty interesting in Lithuania. A lot of things should be improved in appreciating what jazz gives one. But at the Jazz Federation, first we want to have a slew of great jazzmen out there be more appreciated for what they do.

I really do not want to start whimpering over the miserable financing, a usual complaint most artists have, but it is an issue that needs to be addressed.

All the frustrations perhaps boil down to this: jazz still lacks recognition in Lithuania as a valuable, full-fledged branch of art and music. Therefore we see many fine jazz performers who joggle various music genres instead of devoting their time and talent solely to jazz.

It’s really hard to tell. But definitely there’s a view that jazz is kind of a cheesy genre, more suitable as background music for a lavish dinner in a posh restaurant than for a concert hall.

But, hey, just a few jazz performers cater to that kind of audience and their talents, most of the time, believe me, go well beyond the ballads that posh dinner crowd wants to hear.

Many guys, as a matter of fact, play a very intellectual and “serious” kind of jazz.

So who is to blame for the misperception?

Again, it’s not easy always to pinpoint... Perhaps the understanding is rooted in the past, when, during the Soviet era, jazz was viewed here as a means of cultural protest. So, sure, there’s still a good deal of the Soviet relics left. But there must be something else that we at the federation often reason about… How come that it is the way it is? But, again, the reasoning always goes back to the past. The older generation still remembers the popular saying that they who plays jazz today can betray their motherland tomorrow. This adage sounds a whole better and catchier in Russian, by the way. It certainly has put a stamp on jazz for generations to come, unfortunately. This is why, for many years, it has been a second-rate music.

And altogether, jazz is out of the traditional box, whatever facet we look at it. Look, how many big jazz names do you know coming from traditional music schools? I reckon not too many… I like to say that jazz is about the way one’s soul feels, hence the best jazz comes not from a music school or academy graduate, but from the grassroots.

Do Lithuanian music schools chip in with training of jazz performers and teachers?

Indeed, we‘ve got a bunch of young and very talented jazz performers with a very strong background of musical education. They really can go far if they work hard. Plus, the free borders have openned completely new windows for our new jazz generation.

How can you describe Lithuanian jazz?

It’s very diverse. There are many unique performers who can brilliantly play various kinds of jazz. This is characteristic to Lithuanian jazz artists. The past also stands behind this, as during those times people keen on jazz would try to get any information on jazz and come up with different bits. Hence the variety we have. But, sure, those on the top, like Vladimiras Tarasovas and Vladimiras Čekasinas, have been the driving force. But having said it, I want to stress my remarks come more from a technical know-how of jazz.

How do Latvians and Estonians compare when it comes to jazz?

Again, I’m not in a position to make far-reaching conclusions in that regard, but, as far as I know, Estonia is much more serious about jazz on the state level. Estonian jazz performers do not feel cornered up like many of their Lithuanian peers do. In many ways, Estonian jazz performers are choosers, not beggars like many here. Jazz cannot be regarded as a second-rate music in Lithuania any more, and we’re pushing to see this coming to an end soon. 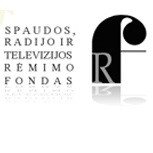 Mikalojus Konstantinas Čiurlionis is one of the biggest greats that Lithuania has ever had. A...

The International M. K. Čiurlionis Music Festival has started in Palanga. It was regarded as one of...

The 18th International Thomas Mann festival has started in Lithuania's seaside resort of Nida this...