BNS
aA
Participants of this year's Mission Siberia expedition were greeted with deportee songs upon their return to Vilnius railway station on Monday morning. 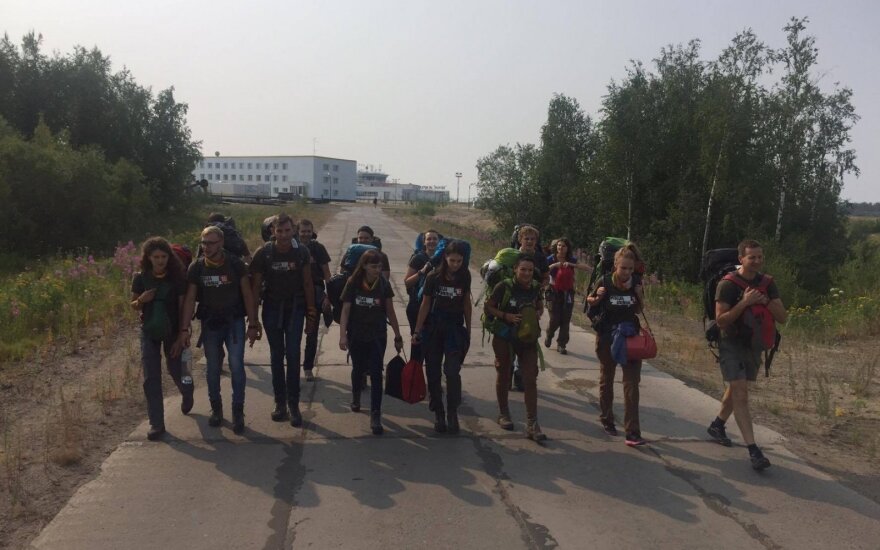 Dozens of people, including former deportees, were at the railway station to welcome the Mission Siberia team who had been in Siberia managing deportee graves since mid-July.

After meeting with Defence Minister Juozas Olekas at the railway station upon return, the project team headed for the Presidential Palace to meet with President Dalia Grybauskaitė.

The team left for Igarka in mid-July to visit the graves of Lithuanian deportees buried in the town in Russia's Krasnoyarsk region above the Arctic Circle.

Unlike earlier expeditions when the team travelled to multiple Russian cities to tidy up many cemeteries, this year's Mission Siberia participants spent a week in a single cemetery in Igarka, which locals say is the final resting place of at least 500 Lithuanian nationals.

"Lithuanian cemetery, this is what the locals call it," Arnoldas Fokas, the head of the expedition, said at the railway station.

Over the week, Mission Siberia participants put the cemetery in order, restored tumbled crosses and built nine new ones.

Vaidotas Steponavičius, 25-year-old participant of the mission, said the trip was like an fast-paced action movie for him.

"We had to be fast, work nights and make fast decisions, communicate with the local administration, which was not always friendly," Steponavičius told BNS.

Mission Siberia has been held for the past 11 years.

Organizers say the number of applicants for the expedition is growing – 16 people were selected from 800 applicants this year.

More than 280,000 people were deported to forced labour camps from Lithuania during the Soviet rule.