Israeli Embassy in Lithuania awarded the Righteous Among the Nations

aA
The Embassy of the State of Israel, together with the Lithuanian Jewish community and the Vilna Gaon Jewish State Museum, on a Day of remembrance of the Holocaust, this year marked on 16 April, awarded the Righteous Among the Nations. The State of Israel awarded six Lithuanian families, which in spite of the danger during the Second World War, saved Lithuanian Jewish people. The award ceremony was held in the Government's Office of the Republic of Lithuania. 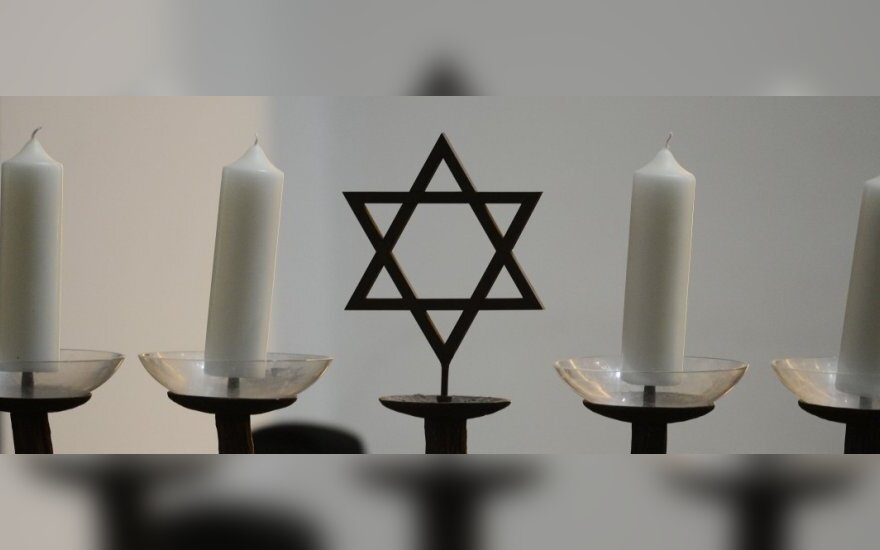 In his opening remarks Prime Minister of Lithuania Algirdas Butkevičius said: "Today I am honouring the Righteous Among the Nations – the people having mustered extraordinary courage to rescue Jews from the Nazi genocide during the Second World War. It was them who gave back hope to the condemned to live, love and celebrate life.”

Welcoming the relatives of the Righteous, H.E. Ambassador Amir Maimon emphasized the heroism of the Righteous and their dedication to abide by strong moral values: "In those dark days, you were a ray of light. Spark of humanity. In a place where hearts were sealed, you have opened a window. In an era dominated by a dictator’s cruelty and the indifference of the public you extended a hand for the hopeless. In the Decision you made and the actions you took. You saved Jews in a time and a place that the life of Jews did not have any value."

Righteous Among the Nations - people who during the Second World War in a very risky context rescued persecuted Jewish people.

During the award ceremony they were honored with the special diplomas and medals. This year, the state of Israel awarded six rescuers families. Awards were given to Juozas Baliutis, Adolfas and Ona Baliučiai, Jonas and Mariana Greičiai, Stasė Jagutienė and her mother Juzefa Petrauskienė, Anastasia Vasiliauskienė, Matilda and Antanas Zubriai. Unfortunately, none of the Righteous is alive. The awards were accepted by their children, grandchildren and great-grandchildren. Nevertheless, the memory of these bright people remains long in the memory of their relatives, and heroic stories will be passed down from generation to generation.

"These outstanding people well deserved to be remembered and the Lithuanian society, especially young people, deserved to know they have courageous people to remember. Although Holocaust remembrance uncovers perpetual scars, reveals the colossal force of destructive institutionalized hatred, it also makes us remember Righteous Among the Nations, those whom we regard as an ultimate example of Humanity. It reminds of Jewish concept of Tikkun Olam which states that even if the world is breaking apart, a human being is still able to repair it and their duty is to do so"- in her speech to the audience, said Chairman of the Lithuanian Jewish community Faina Kukliansky.

The Vilna Gaon Jewish State Museum Director Mark Zingeris welcomed the newly awarded Righteous, calling them - newly detected stars of the past. "Such commemoration like this takes place, unfortunately, many years after the dramatic events. So it remains episodically. To be honest, the Holocaust - a burning keyword in the barbaric era - the world remembers, but not the Righteous. And I believe that we have to remember them and our educational system have to be based on their stories”.

Especially for this awards ceremony the Embassy prepared a short documentary video clips of each of the Righteous, the stories were told by their relatives. This work was organized with the support of the Institute of the Civil Society. The ceremony was enriched with voluntary contribution of famous Lithuanian musician: Lithuanian Jewish Opera soloist, tenor Rafailas Karpis, soprano Lina Dambrauskaitė and Professor of Lithuanian Academy of Music, jazz pianist and composer Artūras Anusauskas. The award ceremony was concluded with the special performance of first-fourth grade pupils from Vilnius “Saulėtekis” Secondary School, which symbolically directed thoughts of the audience from the past to the future, to the children, thus have to be teach with the lessons of the past and nurture a conscious and moral values.

Videos about the Righteous awarded this year (in Lithuanian):