Iraqi refugees in Vilnius: We are running from Islamic State

(1)
BNS
aA
Christians are forced to flee Iraq fearing for their lives, Klara Lazar Banyameen Shamoon said in Vilnius. She has recently arrived in Lithuania together with 14 other Iraqi Christian refugees. 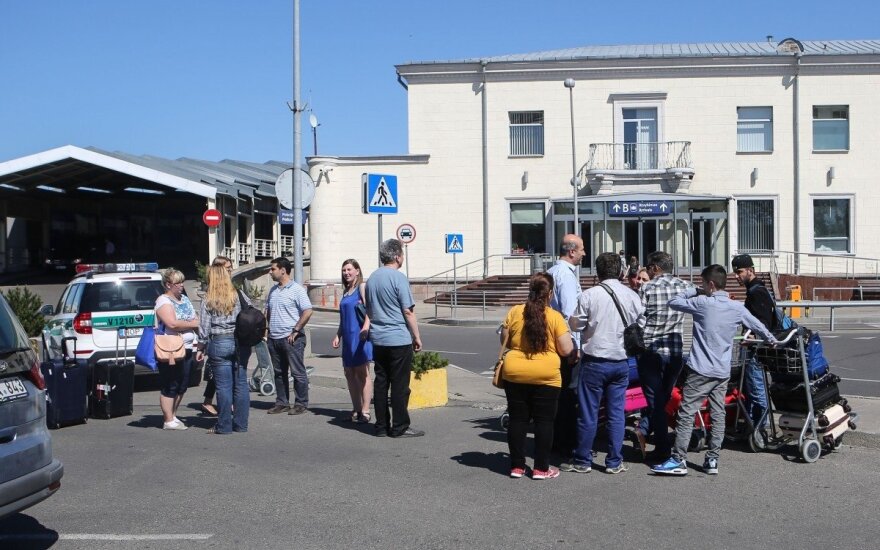 "The main reason is that we are Catholics. They hate Catholics because they are grateful people. The main reason why we had to leave Iraq is the fear for our lives," the former civil servants from Erbil told journalists in Vilnius.

In her words, after Islamic State took a stranglehold on Iraq, living conditions worsened considerably and it was fairly impossible to go to a shop or church due to constant bombings and persecution.

"We decided to leave Iraq to be able to live like Catholics, in a dignified and peaceful way. (…) When we came to Lithuania and landed at the airport and we saw that people were accepting us well, we felt that we were starting a new life," the Iraqi woman said.

"We now really sleep peacefully and we know that our life is no longer in danger," she added.

The Catholic Church of Lithuania will take care of their accommodation and integration.

Meanwhile Donatas Augulis, an adviser to the Lithuanian minister of foreign affairs, said Lithuania would ask for the Iraqi Christians to be included in the number of refugees Lithuania would be expected to accept as part of the EU program aimed at addressing the Mediterranean migrant crisis.

"We will seek that they be included, but we’ll see," he said.

The Iraqis, who came to Lithuanian on July 2, have been issued visas for four months.

They will reside in the capital Vilnius and be taken care of by communities of parishes.

Vilnius churches will collect donations to support the families, with residents asked to contribute money and meet with the refugees, spend free time with them or invite them to their homes, help them get to know Vilnius and introduce to the Lithuanian culture and traditions.

The Iraqis should study the Lithuanian language and learn about the country's history.

Christian communities, which are in the minority in Iraq, are persecuted by Islamic State.

Some 40 persecuted Christians arrived in Lithuania from Syria in winter 2014, they were hosted by the Lithuanian Evangelical Lutheran Church.