www.DELFI.lt
aA
On Wednesday, the Vilnius Country Administrative Court heard a case brought before it by the first family of Iraqi refugees to arrive in Lithuania. After the court hearing, Yasser Al-Any spoke to journalists about trouble finding work and procuring food. 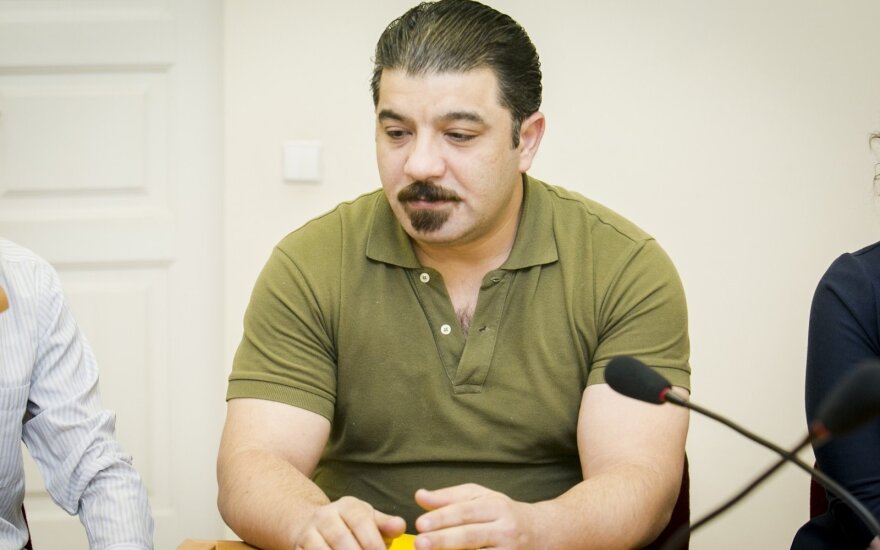 “I hope the court will listen to my request and will reevaluate its decision anew,” said Al-Any. When he and his family were re-settled in Lithuania, they were granted a legally protected status that would grant them certain legal protections but that fell short of the refugee status they were looking for, which would have allowed them to live in Lithuania for longer.

Al-Any submitted a letter to the court as evidence, and sent it to the Migration Department as well. The letter included threats against him and his family. According to Al-Any, there are frequent conflicts between Sunni and Shia Muslims in Iraw, which often capitulate in murders and kidnappings. Al-Any, a Sunni Muslim, said that there were many factions in Iraq, and that one of them had threatened him and his family.

A week ago, Al-Any moved from Rukla to Vilnius. He worked for a day as a barber at Kazimiero barber salon. “At first, they promised to pay a wage of €500, but when I arrived, they changed their mind and decided to pay €300. We had also agreed that the apartment's rent would be €200, but when we arrived, it became clear that it would cost €400. I had to pay in cash immediately and didn't even get a copy of the contract,” said Al-Any.

According to a TV3 report on Monday, it became clear that Al-Any had never worked as a barber in his life and first would have to learn the craft. On Thursday, he said that he had asked Caritas to send him to barber lessons, but he had not been provided with such an opportunity.

“I have acquaintances and friends in Lithuania that help me and sometimes send food. I feel safe here, and if I can work, why would I leave?” said Al-Any when asked whether he planned to stay in Lithuania or find a life elsewhere.

“The situation somewhat surprised me, because when they looked for asylum seekers, I said I'd come to Lithuania, but I did not think that, for example, my children wouldn't even receive milk or food. I expected more help,” said Al-Any.

The lawsuit against the Lithuanian state by a migrant family from Iraq who arrived in Lithuania last...

The first group of Iraqi refugees relocated to Lithuania through an EU programme arrived in Vilnius...