BNS
aA
A team of experts from the United Kingdom, Canada, Israel and Lithuania is starting to study the remains of the Great Synagogue of Vilnius and other ritual constructions buried under the ground. 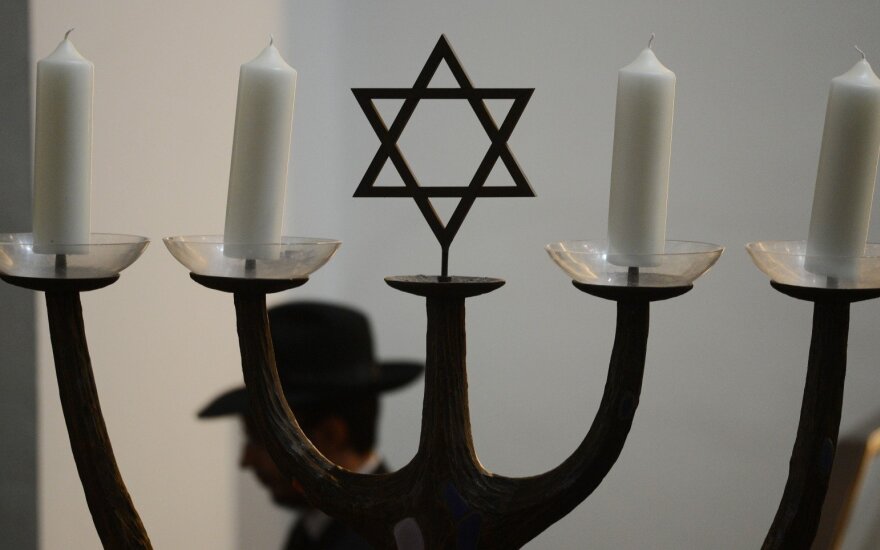 The international team of archaeologists also plans to examine the remnants of ritual baths using non-invasive geophysical techniques. Like the synagogue, they are buried at a depth of two meters under a school built by the Soviet regime after 1960.

“Our geophysical surveying technique enables to identify objects under the street without ruining infrastructure, to establish the precise place of excavation, and to recover valuables that help understand the historical context,” the researchers said.

Archaeologists describe the Great Synagogue of Vilnius as a symbol that made the city famous as a “Lithuanian Jerusalem”.

Previously, a team of archaeologists used the same technique to survey another significant site in the history of the Lithuanian Jews – the site of the Ponary Massacre.

The team of archaeologists is led by Richard Freund, a professor from the University of Hartford, and Dr. Jon Seligman, head of the Excavation, Surveys and Research Department at Israeli Antiquities Authority (IAA). Partners of the study include the Lithuanian Jewish Community, the University of Vilnius, the Hebrew University of Jerusalem and the Vilna Gaon State Jewish Museum.

Lithuanian specialists have digitized more than 80,000 pages of documents from a pre-war Jewish...