Elta EN
aA
Russian citizens Akhmed Yevloyev and Oleg Shamanin have not been granted residence permits in Lithuania, the criminals are not on the Interpol's wanted list either, says Minister of the Interior Saulius Skvernelis. 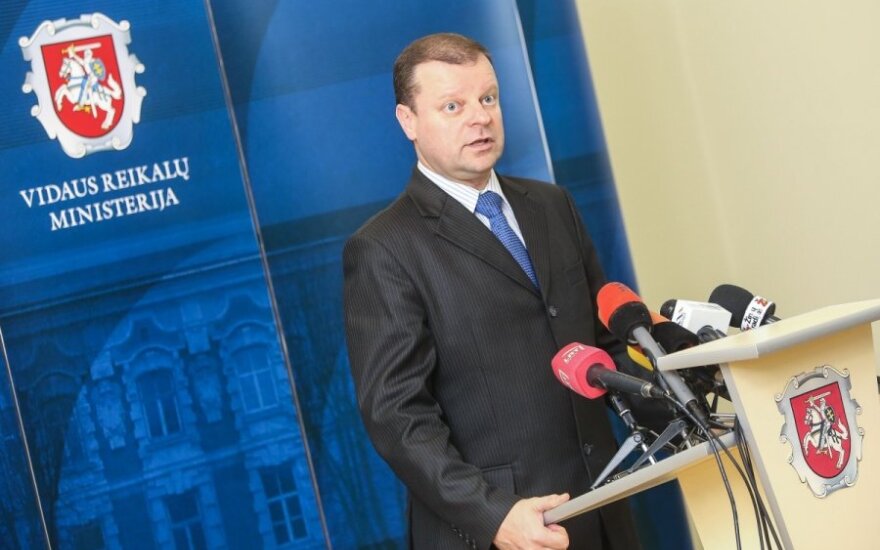 "First of all, the minister of the interior has never issued, is not issuing and will never issue any temporary or permanent residence permits. This is the Migration Department's job," Skvernelis said on Monday.

The minister had to respond to an article that appeared in the press claiming that Lithuania has opened its doors to notorious criminals and that officials have been issuing permanent residence permits. Moreover, the article claimed that when caught, the criminals are released immediately by judges.

According to Skvernelis, another criminal, Merab Jangveladze, had been issued a permit to live in Lithuania since 14 January 13 for a year, but the decision was revoked once it was determined that he had not been engaged in lawful activities.

The minister said that Yevloyev and Shumanin have not been and will not be issued permits, even though certain decisions have been made.

"A decision has been made to issue (permits - ELTA), however, as I mentioned, the procedure does not end there. This is the decision of the Migration Department, while only afterwards the procedure to grant residence permits begins. I would like to stress once again - the decision was made on 12 November, only one day after the minister (Skvernelis himself - ELTA) had assumed office," said Minister of the Interior Skvernelis.

The minister agreed that the procedures of granting residence are in some cases overly liberal, thus amendments were initiated and took effect on 1 November 2014, and now the procedures are much stricter. Meanwhile, the Russian citizens in question had referred over residence permits earlier, when previous procedures were in force. None of them would receive such permits now, according to Skvernelis.

The minister instructed to review the procedures again and submit proposals on additional safeguards, so that people who raise even a slightest doubt would be instantly identified and would not take advantage of the system.

The minister also criticised the fact that the Migration Department has remained without a head for too long, currently nine persons are participating in the competition to lead the institution. Once the head is selected it will be focused on increasing effectiveness said the minister and noted that an investigation was carried out at the Migration Department by the Special Investigation Service (STT) more than a year ago.