Insights into love in the face of conflict and war 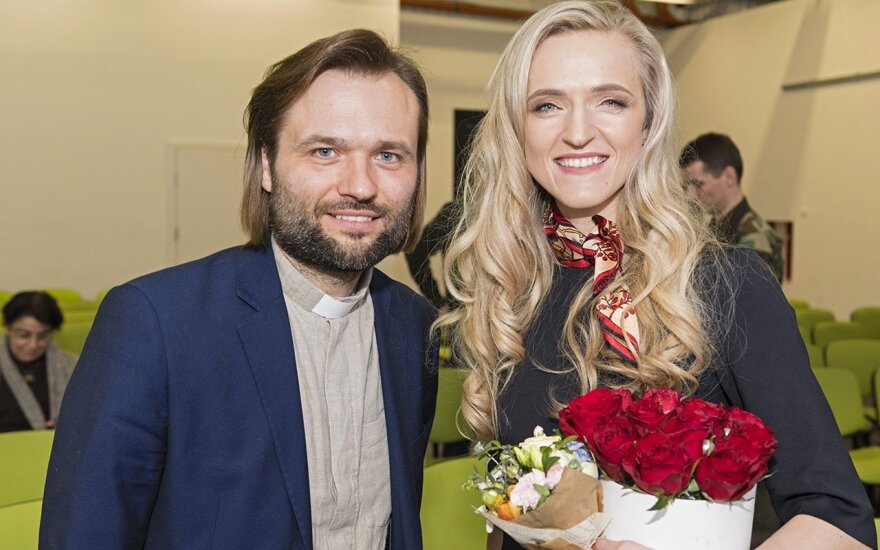 In the 200 pages book Aušra Mažonė's brings together the emotional experience of 12 women as they see their husbands leave for war and conflict zones. In 12 short chapters the reader is introduced to women from the United States, Saudi Arabia Israel, Japan, India, Sri Lanka, Ukraine, Kenya, and other countries, who are united in that they have married a career army officer.

These are stories dealing with the fear and anxieties that surround each military mission, in addition to the struggle between love, fulfilment and the sometimes-contradictory feelings that may be present in most relationships. Compounded by the additional complex layers in the face of military conflict, these women often face challenges to their faith and strength.

Ms Mažonė openness lead her to privileged contacts with 12 women and them sharing their insights as to how cultural factors shaped their native countries' political, religious, social, and cultural life and how it affects them in face of the conflicts when that their husbands are on duty. They talk about their family, motherhood, their own careers, the love they feel, and the importance of a peacekeeping mission.

The idea to write a book came to Aušra Mažonė's whilst being stationed in the United States. She and her husband, a Lithuanian military representative, joined colleagues and their families from 70 different countries. Ms Mažonė became fascinated by the racial and cultural diversity and quickly noticed how the women addressed similar situations, differently, based on their cultural differences but also often with certain similar traits.

The author found it most interesting to listen to these stories and realised that after a few of these stories, she had enough material to write a book. She noticed that individual behaviour often blurs the stereotypes that casual observers may have about particular countries. Generalisations often far removed from day-to-day realities on the ground.

Aušra Mažonė preferred to describe and reveal a more nuanced picture of women through their own stories. In the book, the reader will discover a Pakistan woman that does not dress traditionally, walks around without a hajib, selected her own husband without being punished in or being stoned. In yet another story, the author describes how a Kenyan woman manages to reconcile being a mother of six with working and studying as a graduate psychologist.

Most of the speakers were open and happy to share their experiences. Some people preferred not to have their real names revealed to protect their families, but all agreed to tell a story of their lives.

All along the writing process, Ms Mažonė remembered the emotional experiences of that the wives of the Lithuanian partisans. The image of Zophia, partisan Juozas Jakavonis-Tiger's wife, kept coming back. The battles may have moved but the experiences of wives left behind remain.

Aušra Mažonė knows about life of an officer's wife first hand. She is married to a Lithuanian career officer and the founder of the Women's Education Study (MES). She has been active as a volunteer and initiator of social responsibility and Lithuanian patriotic projects, including the children camp, "We are for Lithuania". She is a civil servant.

Vilnius Book Fair to highlight centennials of Lithuania, other countries

Events of this year's Vilnius Book Fair will focus on the centennial of Lithuania's restored...

The four-day Vilnius Book Fair is opening at the exhibition and congress centre Litexpo on Thursday.

A set of manuscripts were discovered in the Kaunas district, Lithuania, on Tuesday.