The Lithuanian Gay League
aA
A series of public events for and about transgender people, organized by Lithuania's national LGBT* rights organization LGL on the 26th-28th August 2014, were the most exciting days for transgender individuals and their allies in Lithuania. They met and interacted with each other, they laughed and shared trans*pizza together. 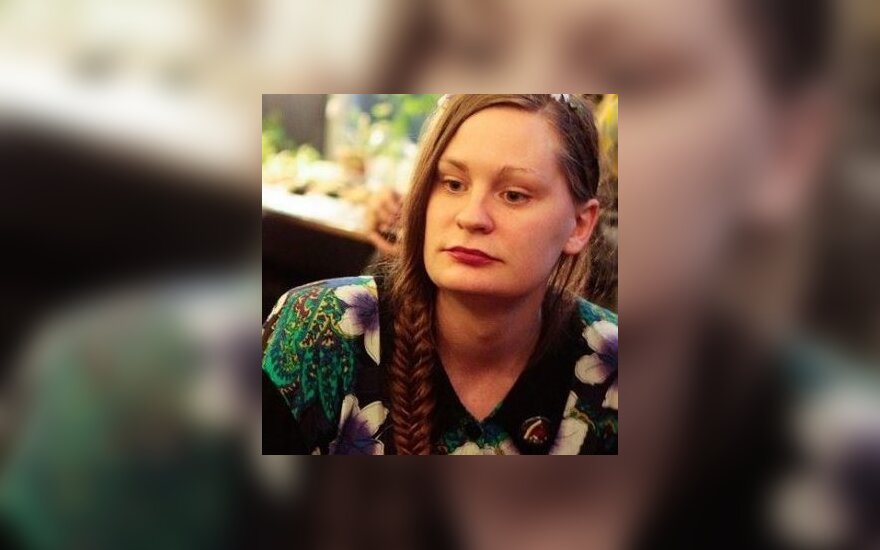 Transgender people and their supporters took part in workshops, lectures, film screenings and felt inspired to defend their rights in meetings with government officials and policy makers. Issues discussed in public events ranged from international law to personal experiences of transgender individuals and their families.

For me as a member of LGL team those days were special for I had a privilege to meet Ugla Stefanía Jónsdóttir, an Icelandic transgender rights activist with flowers in her hair, who described the challenges faced by transgender individuals across Europe in this interview.

What are the facts that society should know about transgender people?

One of the most important things people should be aware of is that when we talk about transgender people we’re talking about a really wide group of people, many different groups. It’s not just people who have gender reassignments. It’s also people who don’t identify as either male or female or somewhere in between. Different groups have different needs and different things to think about. People might believe that it’s usually just a few individuals and fringed groups, but it’s actually quite broad.

What are the most common stereotypes, prejudices and misjudgments about transgender people? How can we change them?

One of the biggest myths is the concept of gender identity. A lot of people like to dismay this because they say that there’s only one definition of gender identity, but that’s just a formalistic argument. So I think this is a very important point: people don’t recognize that a variety of gender identities exists.

And there is also this myth that being transgender is a disease that just needs some sort of care and everything will be fine. When the fact is that people might start to develop depression and suicidal thoughts, because society doesn’t accept them as transgender and they don’t have access to health care.

Another common myth is that all transgender individuals have a gender assignment. There are a lot of different groups within the transgender community and some groups are not defining themselves as male nor female. They might want to have hormone therapy and not a surgery, or some individuals just want a name change. So it’s really important to realize that there’s no such thing as one simple line that all transgender people go along with, not one journey that everybody has to take. And this is tied to the myth that there’s only male or female, but for transgender individuals this isn’t always the case.

And there are also a lot of talks about how discrimination against transgender people doesn’t really exist. They say that it’s not a real human rights problem, but when we look into, for example, numbers from “Transgender Europe” (TGEU) – the organization has a watch about hate crimes towards transgender individuals – we find that there are about fifty hundred people that have been reported killed since 2008 because they were transgender. And these are only the things that have been reported, so it’s quite easy to see that it’s a real issue.

And then there’s also always the issue about it being an extra right. I think that it’s just a human rights dilemma in general, because whenever there’s a group that’s demanding its rights, people say that they’re just asking for a special treatment. I think all minority groups face this argument at some point, but for transgender individuals it comes down to health care and the things that they need to be able to lead a full life. So it’s important to see just how important it’s to have access to health care.

People often ask why it should be covered by health care. They say that this is just a special trouble and not a human right. But it’s what transgender people really need and whether they can get health care or not is a matter of life and death. So it’s not just a special rights problem that makes them look good, it’s about being able to live the way they want, to live a life, because living in a wrong gender is something that nobody should have to go through.

How can we fight ignorance? Could you please share your best practices to gain the attention of the community?

In order to handle this situation in Iceland we created a strong educational program and placed a lot of material everywhere. We faced educational obstacles when we went to schools, had lectures online and we just didn’t give people a chance not to see and not to hear about it, because we made it very visible. So I think that visibility is one of the most important things. It may be achieved through campaigns, for example, the way your organization LGL did with the posters is a really nice move to raise awareness.

One of the key points is educating, having representation and raising awareness. What we’ve done in my country has been successful. We incorporated this message into material and lectures using social media: “YouTube”, “Twitter”, “Facebook”. These tools are extremely powerful when young people use them and see it. But, of course, you can never force a person to talk or think about something that they don’t want to talk about. But you can reach out to those who are willing to. It’s important to have faces of actual people.

I think that in a lot of countries people often focus a lot on legal things, which is extremely important to do, because if you don’t have legal protection there’s little you can do against, for example, hate crimes. The most important thing about transgender rights is ensuring legal gender recognition so people could change their gender, registries and names. But it’s really difficult to say exactly how to go about this, because it’s different in different countries.

In Iceland it was about reaching out to ministries and going to the meetings with people in the ministries, parliament members and different policy makers. This means not always going in public, but getting into the system and talking. In Iceland we have a lot of legal protection and rights, but the social part is still lacking. So once you have legal things settled it’s easier to start working on the social things, because then you can say “look, we have these laws here and it’s protecting transgender people for a reason” and it makes the conversation easier.

Getting support from international organizations like the Council of Europe is vital, because they have a lot of policies and things that they want people to implement. For example, the Council of Europe has an important LGBT* project, on which all member states have to start working on, so it also has to do with putting the pressure on people in power. It’s important to make them recognize that they have obligations.

The Lithuanian Office of the Ombudsperson for Equal Opportunities has expressed criticism for the...

Opinion: Waiting for the barbarians, or why fairytales get censored in Lithuania (I) (1)

LBTQI Sapfo Fest: "To be out and proud is the long-term goal" (2)