How many W's will there be in Lithuanian passports?

(2)
DELFI EN
aA
Eight thousand names that are in breach of the standard language norms have been registered in Lithuania, so such forms of the person's name could be transferred to a person's identity documents, presume the representatives of the European Foundation of Human Rights (EFHR). 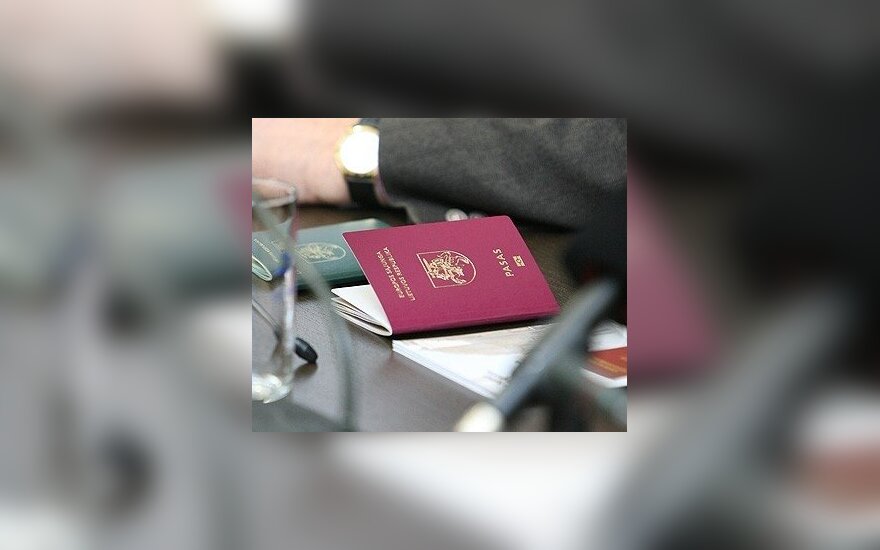 The representatives of the organization for ethnic minority rights, who recently presented a report on human rights situation in Lithuania for 2012-2013, say that the data was collected from the Residents' Register Centre at the end of 2012.

According to the EFHR lawyer Valdemaras Guzovskis, the European Court of Human Rights has ruled that if a person's name is registered in the national registry, there is no basis to refuse recording this form of the personal name in ID documents.

Guzovskis also notes that the United Nations Human Rights Committee made a decision in 2010, in response to a complaint by a Latvian citizen, which states that forcing people to change their first or last name is illegal and violates one's privacy.

The issue of name spelling has been raised by Lithuania's Polish-speaking community. They claim they are experiencing discrimination when the authorities refuse to issue personal identification documents using the original Polish spelling of their names.

The authorities say the Constitution, which states that Lithuanian is the official state language and therefore must be used in official documents, forbids including characters or phonetic notations that are not part of the Lithuanian language. As a result, non-Lithuanian names get transcribed according to Lithuanian phonetic rules.

Even more frequent combinations in registering Lithuanian citizens’ names were double letters ("NN" was found in 1,747 first names and 964 surnames, "TT" – in 250 first names and 706 surnames). The most common name that is not entirely in sync with the Lithuanian grammar, Anna, was registered 1,014 times. Ninety-nine registered surnames and 24 first names have the character "W" in them.

In addition to the personal name issue, the organization notes there needs to be a solution for another language-related issue, that of spelling place names in national minority languages.

EFHR representatives also said that hate speech in online media is also an issue that has not seen any progress. Over the last several years, the organization registered and reported more than 400 complaints, moderated 40 lawsuits, where the courts recognized discrimination.

The Seimas of Lithuania on Thursday backed a proposal to remove the provision on bilingual street...

Bilingual street signs will not be legalized in Lithuania during the adoption of the Law on National...

The draft Law on National Minorities, which the Lithuanian parliament intended to discuss on Tuesday,...