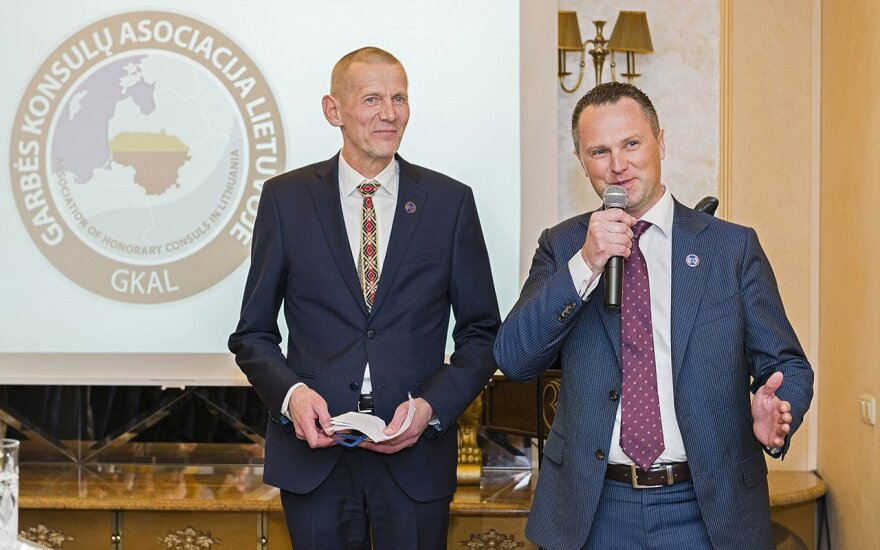 Among the guests was also Mr. Darius Skusevičius, the Vice -Minister of Foreign Affairs and Mrs. Rugile Andziukevičiute-Buze, the Vice-Minister of Economy. Vice-Minister Darius Skusevičius underlined the importance of the honorary consuls who are often a linchpin to local communities in Lithuania. Many honorary consuls are specialised in areas such as culture and business with good links to the local economy. Therefore, these consuls can offer additional bridges to the world outside Lithuania.

After a musical interlude with opera singer Ieva Barbora Juozapaityte and cellist Elena Daunytė, the final guest of the evening, Mr. Darius Udrys, the director of the Vilnius promotional organisation "Go Vilnius", presented to the audience the new branding of Vilnius.