BNS EN
A conference on As Mass Murder Began: Identifying and Remembering the Killing Sites of Summer-Fall 1941 is starting at the Vilnius Gaon Jewish State Museum on Wednesday. 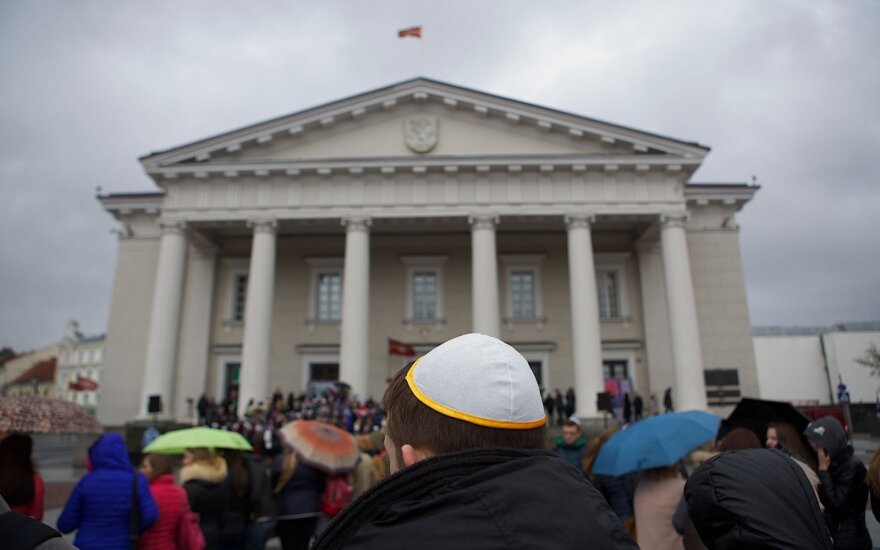 In the front of Vilnius Town Hall
© DELFI / Mindaugas Ažušilis

The two-day event is organized by the International Holocaust Remembrance Alliance (IHRA), which unites governments, historians, educators, museum figures and other individuals working in Holocaust research, education and remembrance in 31 countries. Lithuania joined the alliance in 2003, and this is the first time an international IHRA event is organized in Vilnius, the museum said.

The conference for identification, marking and commemoration of sites in the Baltic states, Belarus, Ukraine and Romania will take place at the museum's Tolerance Centre.

The conference will bring together Holocaust researchers, specialists, representatives of governments and non-governmental organizations from Lithuania and a dozen more countries, including Belarus, Belgium, Canada, Great Britain, Estonia, France, Germany, Israel, Latvia, Luxembourg, Moldova, the Netherlands, Poland, Romania, Switzerland, Ukraine and the United States. The participants will share their good practices, discuss challenges of researching and marking the sites of mass massacres, as well as possible solutions. The event will include specialized workshops.

During the event, the Vilnius Gaon Jewish State Museum and the Institute of Lithuanian History will present their latest research conducted at the Paneriai mass massacre territory.

During the German occupation of Lithuania in 1941–1944, more than 90 percent of Lithuania's pre-war Jewish community of 200,000 people was murdered by the Nazis and their local collaborators.