DELFI EN
aA
Lithuania knows the exact day when it became part of Europe. That was on 6 July 1253, when Duke Mindaugas, shortly after having accepted baptism, was crowned by the Pope of Rome the king of still largely pagan lands. The 6 of July is now celebrated as Lithuania's Statehood Day and although its a holiday of recent vintage (it was not observed before the 1990s), it already involves a tradition. Each 6 July, Lithuanians in the country and abroad join in the singing of the national anthem. 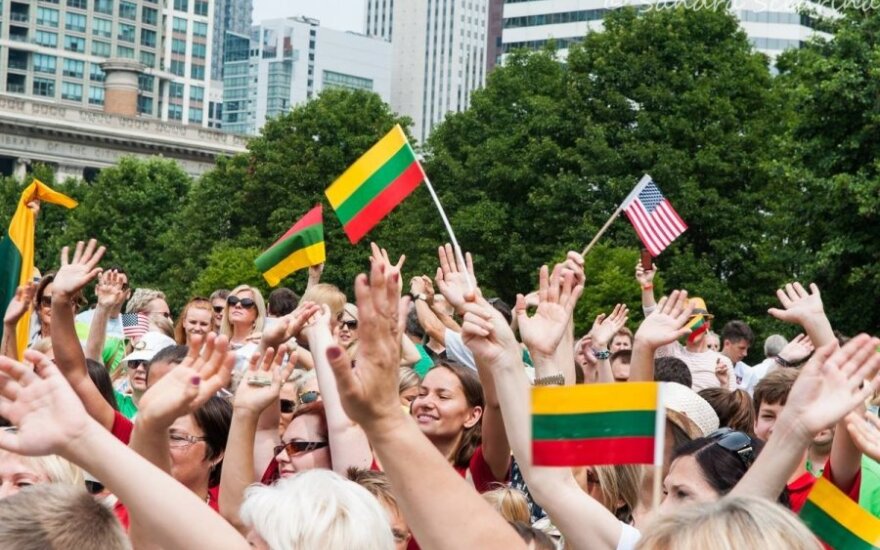 Historian Alvydas Nikžentaitis says the tradition - and celebrating the coronation of King Mindaugas - consolidates the nation as a political community. Moreover, it expands this community to include all Lithuanian expatriates around the globe. This sentiment of unity, he suggests, should serve as a basis for adopting dual citizenship, an issue which is likely to be decided in a referendum next year.

The current wording in the Lithuanian Constitution does not allow citizens of Lithuania to hold citizenships of other states, to the dismay of the growing community of expatriates who would like to retain their passports and links to Lithuania even after becoming naturalized citizens of other nations.

What do we really celebrate on the 6th of July?

When we look at our origins – the day when Lithuanians started calling themselves Lithuanians – without a doubt, we must associate ourselves with July 6, Statehood Day and King Mindaugas coronation day. The day has been discovered and celebrated recently, at the end of the last century. The choice of this date specifically shows Lithuanian devotion to western values and a desire to be a part of the EU and NATO structures. By accentuating this date, Lithuanians stress that they are a part of the West.

Isn’t it paradoxical that, despite the age of the date when Mindaugas was crowned, we’ve only been celebrating his coronation for a little over than 20 years?

This shows that celebrations aren’t given by god. Communities themselves pick what is important for them. In this case, Mindauginės (the name day of Mindaugas) successfuly replaced the unsuccessful Vytautas (Grand Duke of Lithuania) coronation day, celebrated during the Interwar period. Back then, a western mind-set wasn’t important. 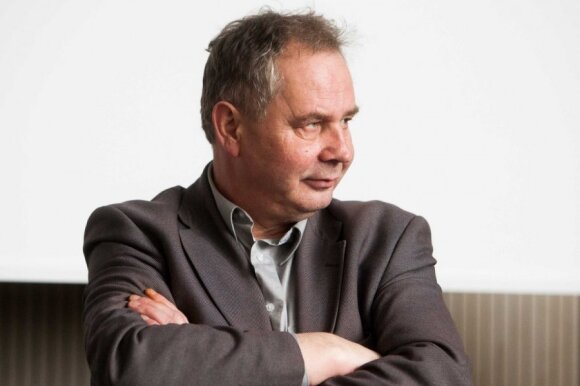 In my opinion, on the 6th of July, the nation and society of Lithuania is coming back to its logical roots. It is also important that it is victory that is celebrated, not defeat, which stimulates optimism of the nation.

On Monday at 9 PM, Lithuanians throughout the world sang the national anthem for the seventh time in a row. What does the singing mean?

What is the purpose of celebrations? The purpose is to better understand the meaning of social initiative. They are associated with certain rituals that strengthen appropriate values. A holiday is like a means to awaken, stimulate and create a feeling of unity, a feeling of belonging to a particular community.

From this perspective, we should look at this underhand initiative, an initiative to together sing the national anthem on the 6th of July throughout the world simultaneously. It came to be at a very appropriate time. Twenty years ago, on the occasion of February 16th (a national holiday in Lithuania celebrating the Act of Independence signed on 16 February 1918), I was criticised for saying this: “If nothing changes during similar commemorations, St. Valentine’s Day will soon outshine the national holiday.”

However, it was a call to take up initiative. Even though the feeling of love is quite important, societal life must also include other feelings, for example, the feeling of community. The 6th of July initiative proves that my words have been heard.

What does the national anthem being sung en masse mean for the society of Lithuania, and what does it say about us?

The fact that this was an initiative from below means that not only did it fill the niche of celebrating holidays, it also gave the 6th of July celebration a concrete image and character, while also making it appealing and giving it recognition in the public eye.

This national holiday and the way in which it is celebrated creates a link between the periods of King Mindaugas (the 13th century) and modern Lithuania.

The holiday encourages a sense of community, healthy patriotic values and pride in Lithuania. All of these things together show an emergence of a link between nation and society, and gratefulness for what Lithuania has achieved. We have something to be proud of, which is why on the 6th of July, we can sing the national anthem with dignity.

With this in mind, I see another important aspect to this initiative: it helps integrate Lithuanians who live in Lithuania and expatriates into the celebration, while also creating a foundation for the introduction of dual citizenship. The celebration helps create a sense of community, and looking at the anthem singing events, the sense of community is growing even stronger, not only with the older, but also the younger expatriates. A logical step moving forward would be to integrate dual citizenship and all the rights and responsibilities associated with it for Lithuanians who live abroad, but still associate themselves with Lithuania.

How else would you like to see the coronation of Mindaugas celebrated? Is singing the national anthem enough, or is there something more that could be done?

Something more would include a small detail. In order to highlight the unification of the nation of Lithuania during different times, we could use the historical flag Vytis alongside the national flag during celebrations. Vytis, the historical flag, has been approved by law. This way, a symbolical tie between today’s Lithuania and Lithuania of King Mindaugas’ time would be created.

Singing the anthem is usual for older people, but what about the youth and children? Can different generations associate with the national anthem?

Yes, in my opinion. The most important state symbols are the national anthem, flag and other heraldic symbols. The singing of the anthem demonstrates a clear connection between members of the society and the nation as a political community. The connection between generations is important here, because values which are ingrained during childhood determine children’s world outlook in the future.

Singing the national anthem can be more important than two years’ worth of history lessons in school.

Have similar citizen initiatives happened in Lithuanian or world history in the past?

The subject-matter is a continuation of tradition, but I don’t know any more analogous cases, especially of this scale.

Of course, there are more spontaneous examples, from which song festivals, which are massive song and dance festivals, originated. These festivals were also initiatives from below. But looking at the meanings of values and popularising those values, "Tautiška giesmė aplink pasaulį", (the celebration of the 6th of July during which the national anthem is sung around the world) is stronger. The songs at song festivals are oftentimes inexpediently chosen, and when compared to the singing of the national anthem, song festivals either don’t shape values or shape them less strongly.

In the 19th century, when Lithuania and Poland were a part of the Russian Empire, the celebration of Constitution day on the 3rd of May was popular. The aim of this celebration was to stand against Russification and foster the future citizens of a free nation. The celebration was well commemorated in Druskininkai, now a resort town in Lithuania. According to sources, noblemen would invite peasants for a feast and afterwards, they would take the guests by hand and show them around the park. This would demonstrate that the noblemen and peasants are part of the same nation and that the same ideals are important for them.

Also, the years of the uprising and the Union of Lublin (when the Polish–Lithuanian Commonwealth was established), were celebrated. Noblemen would look for celebrations and try to give elevated meaning to them, making them more than just a simple gathering. This means that the noblemen of the time were already taking care of sociality. I see the singing of the national anthem as a conceptual continuation of this tradition.