the Lithuania Tribune
aA
The new chairwoman of the State Cultural Heritage Commission will look into the fate of the soviet Green Bridge sculptures that were removed from central Vilnius last summer. 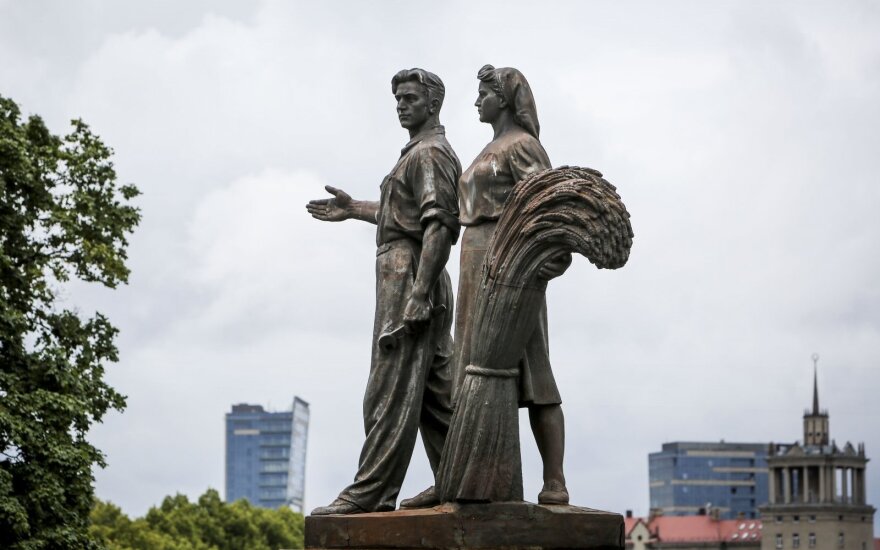 Evelina Karalevičienė, the new chairwoman, said in an interview with the daily Lietuvos Žinios that the four statues were still listed as cultural heritage protected by the state and therefore city authorities could not remove them at will.

"According to the law, they [the statues] should be repaired and returned to their site," Karalevičienė said.

The Green Bridge sculptures, erected in the 1950s, have drawn some controversy in recent years, with some saying they represent the occupying Soviet regime and have no place in the public space of independent Lithuania; others note that the statues are monuments of a historic past that the country needs to come to terms with.

The liberal Mayor of Vilnius, Remigijus Šimašius, ordered to remove the statues last summer, saying they were in poor condition and presented a hazard to pedestrians crossing the bridge. He has subsequently said that the municipality had no plans to repair and put them back.

Karalevičienė notes that in order to remove the Green Bridge statues permanently, they first need to be crossed out of the list of protected cultural heritage objects. This can only be done by a commission under the Cultural Heritage Department and would require a go-ahead from the minister of culture.

"This is how it should be done according to the law, but who knows how things will turn out," Karalevičienė noted. She said she was planning to discuss the issue with the mayor of Vilnius.

There will be more clarity about the fate of the Soviet statues which were recently removed from the...

Vilnius City Mayor Remigijus Šimašius has confirmed that he has indeed received requests from...

Lithuanian President Dalia Grybauskaitė says she is glad that the Soviet-era sculptures have been...

Early Monday morning, two of the four Soviet era statues on the Green Bridge of Vilnius were...

The new administration of the Lithuanian capital has halted the competition for reconstruction of the...