BNS
aA
Hearings of the Vilnius County Court were interrupted on Wednesday after one of the lawyers fell ill in the courtroom. Ambulance was called to the courthouse and the hearing was adjourned. 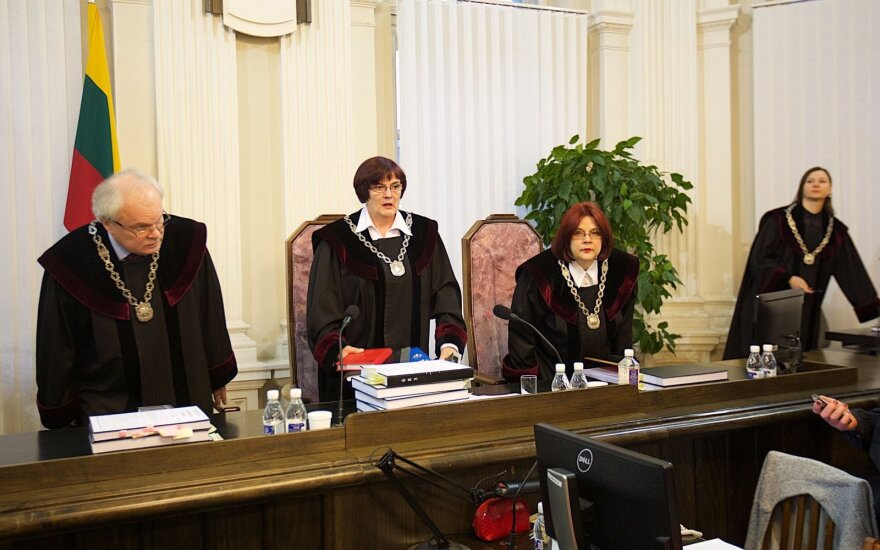 At the start of the hearing, judge Ainora Kornelija Macevičienė announced the names of the defendants. It turned out that three state-appointed lawyers had failed to appear in the courtroom.

"The defendants have been notified of the hearing via the Justice Ministry," said the secretary.

The court ruled to establish the identity of defendant Genadiy Ivanov who claimed to have been born in Russia in 1951, was currently living in Vilnius and was sentenced for bribery in 2009. During the questioning of the defendant, one of the lawyers stood up to announce that his colleague was not feeling well. The hearing was adjourned.

Related articles
Huge trial over January 13th events in Vilnius will spill over into court hallway
EUR 350,000 will be allocated to former court staff for mercury poisoning

The trial is one of the biggest trials in the history of Lithuania in terms of the size and the number of defendants. The trial includes nearly 500 victims and about 1,000 witnesses. The case materials consist of 709 volumes, including indictment of 13 volumes. The defendants will be represented by over 60 lawyers.

The 65 individuals charged in the trial face charges of war crimes and crimes against humanity.

All of the defendants, with the exception of Russian citizens Genadiy Ivanov and Yuriy Mel, will probably stand trial in absentia. Ivanov's identification papers were taken away by the authorities to make sure he does not flee the country. Mel is held in detention.

On Wednesday, a Vilnius court will open hearings into the case surrounding the 13 January 1991...

EUR 350,000 will be allocated to former court staff for mercury poisoning

Lithuania's government plans to allocated over 350,000 euros in compensation to former staff of a...