BNS EN
aA
The miniseries about the Chernobyl nuclear disaster to be filmed in Lithuania by the US HBO television will be the second project of a similar size to be implemented in the Baltic state, says Rolandas Kvietkauskas, CEO of the Lithuanian Film Center. 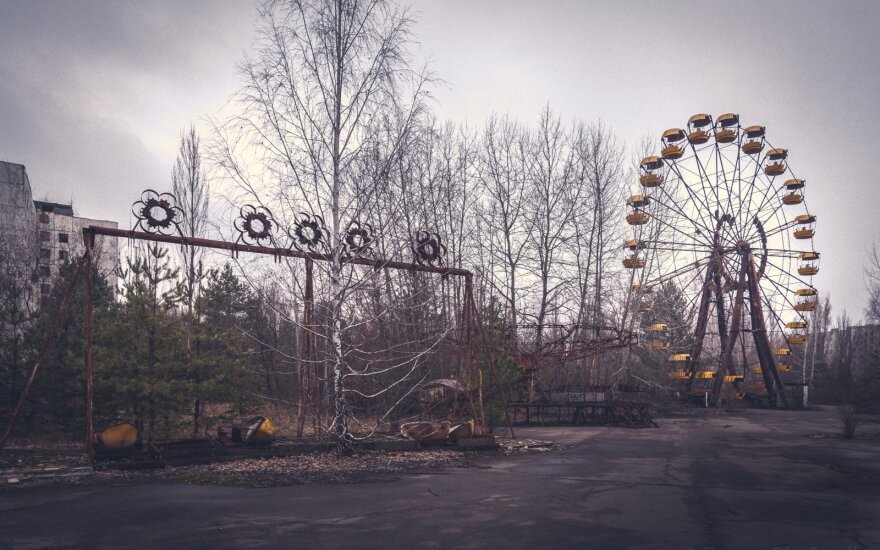 "There is an HBO decision to film the large project of outstanding scale in Lithuania. The arrival of this size of a channel to film in this production in Lithuania indicates two things: we have experienced film people in Lithuania able to provide high-quality services, as quality is one of the key elements in audiovisual production, the second thing is that the tax incentive that has been in effect for three years has really served its purpose," Kvietkauskas told BNS.

"Size-wise it can be compared to the War and Peace production filmed here by BBC, we are talking about the second project of this significant size – in terms of content and finances – in Lithuania," he emphasized.

However, Kvietkauskas would not reveal more details about the volume of the contract and casting of Lithuanian actors: "It is still too early to speak about the details of the content, the size of the final contract, participation numbers."

"We see in practical examples that both the BBC War and Peace, which was known worldwide, and these plans show that the tax instruments can ambitiously trigger film projects even in a small country," said the head of the Lithuanian Film Center.

Enforced on Jan. 1 2014, amendments to the Law on Profit Tax allow filmmakers making productions in Lithuania receive sponsorship from private sponsors, which amounts to up to 20 percent of film budgets. Meanwhile, profitable companies in Lithuania willing to donate money for film production can deduct the amount from their taxable income, as well as deduct their profit tax by that amount (however, not more than 75 percent of the total payable tax).

US media has said that the five-episode miniseries Chernobyl would feature Jared Harris known from the Mad Men series as a Soviet scientist assigned by the Kremlin to investigate the tragedy.

In recent years, Harris appeared in movies Sherlock Holmes: A Game of Shadows and Lincoln.

HBO, one of the biggest television companies in the US, presented the plans of filming the miniseries about the Chernobyl nuclear disaster at a summer meeting of the Television Critics Association (TCA) on Wednesday.

HBO produced a number of TV series, including The Sopranos, Six Feet Under, Game of Thrones and Westworld.

The latter science fiction series along with NBC music humor show Saturday Night Live this year received the higher number of Emmy nominations, which are viewed as television Oscars. They were nominated in 22 categories.

The Chernobyl disaster occurred on April 26 of 1986 during a late-night safety test, when reactor 4 of the Soviet-built utility exploded, sending a cloud of radioactive pollutants into the atmosphere. The substances reached territories from Sweden to Greece.

The nuclear fuel was on fire for 10 days, and the radioactive particles polluted up to three fourths of Europe, rendering entire territories of Belarus and Ukraine unsuitable for life.

On 22 May, 2017, during the 70th Cannes International Film Festival, representatives of the Polish...

Telia will launch exclusive HBO® content in Lithuania on August 21

From August 21 all subscribers of Telia Smart TV will be able to watch over a hundred prominent,...