Half of Lithuanians would welcome refugees, the other half wouldn't - new poll

BNS
aA
Lithuanian opinions on resettling refugees in their country are divided almost equally between those who would welcome migrants fleeing war and those who would not. 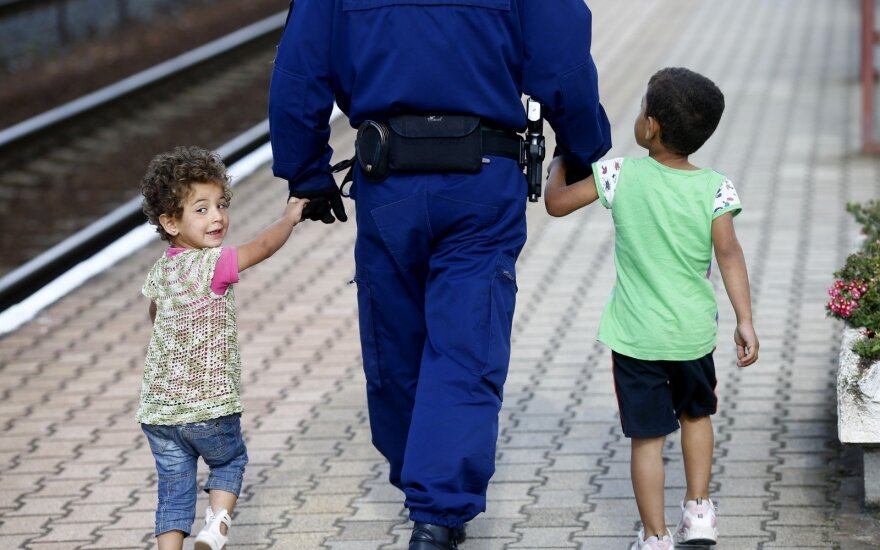 About 46% of Lithuanians fully disapprove of relocating refugees to the country, shows a poll presented on Wednesday.

Nearly 49% of those polled support hosting refugees with certain reservations, and about 5% support unconditional relocation of refugees. The remaining respondents do not have an opinion on the matter.

"In some way, the society is intimidated by the processes taking place in Europe, and the beliefs are shaped by mass media. This is a good thing, however, there is a threat that the mass media may be influenced in the run-up to parliamentary elections," Linas Kukuraitis, director of the Vilnius Caritas unit, told journalists.

He emphasized that the number of refugees that Lithuania has committed to accept under an EU relocation scheme, 1,105, was not big, in comparison to the commitments of the bigger nations of the European Union.

Kukuraitis also said that Lithuanians should take on more personal responsibility for integrating refugees, since there is only so much that the country's authorities could do to facilitate the process.

Some 37.7% among those who oppose refugee resettlement said their negative opinion was a result of fear that the migrants would become dependant on the country's welfare system.

Another 24.9% said their stance was motivated by threat of terrorism, while 18.1% said they expected higher crime rates.

More than three in four of those who said they supported refugee resettlement with certain reservations (77.3%) said Lithuania should only accept war refugees and not economic migrants. Some 69.9% among them said that migrants should learn the Lithuanian language, learn about the local culture and seek integration into the society.

Another 32.8% of the respondents said Lithuania should accept refugees from similar cultures.

Under the European Union's (EU) refugee relocation program, Lithuania has committed to receiving about 1,105 refugees over two years. Eleven have been resettled so far.

The poll of 1,007 people was conducted by Spinter Tyrimai (Spinter Surveys) for the Civil Society Institute on April 18-25.

Lithuania has been slow in taking in refugees under the European Union 's resettlement programme...