BNS EN
aA
Lithuanian Seimas Speaker Loreta Graužinienė says she doubts that the outgoing parliament will adopt a law on the spelling of first and last names in official documents. 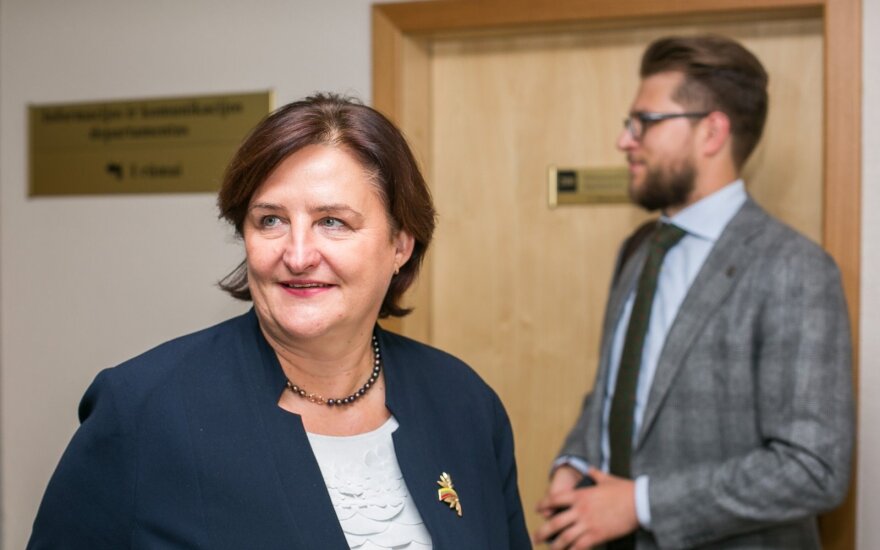 I see no possibility of including this (into the agenda) by Oct. 9, because we have only two (plenary sittings) left," Graužinienė said at a news conference on Thursday.

"I very much doubt that we will be able to resolve this issue during the current (parliamentary) term, because, as far as I know, the opinions of members of the Seimas have not changed. They are practically divided into two camps, which makes it difficult to adopt a decision," she said.

The speaker noted that the parliament's Committee on Education, Science and Culture had not yet discussed a citizens' legislative initiative regarding the spelling of non-Lithuanian names.

A steering group in the fall of 2015 collected over 50,000 signatures of citizens in favor of amendments to the Law on Personal Identification Card and Passport.

The amendments call for allowing the original spelling of a person's non-Lithuanian forename and surname in Latin characters on the second page of his or her ID card and passport if he or she requests so. These names would be spelt in the official Lithuanian language on the first page of the document.

In Graužinienė 's words, the proposed amendments have to be discussed by the committee before they can be put before the full parliament.

Vilnius courts have in recent years issued several rulings ordering that the first and last names of Lithuanian citizens should be spelt in their identity documents using non-Lithuanian characters if there are grounds to do so.

For example, the surname of a child born to a Lithuanian mother and a foreign father must be spelt with "w" if the father's surname has the letter, even though it does not exist in the Lithuanian alphabet.

Politicians of the Polish community in Lithuania and their supporters in Warsaw have repeatedly called on Lithuania's authorities to allow the original spelling of Polish names in documents.

Supporters say that the amendments are also important for Lithuanian women married to foreigners.

Critics, meanwhile, maintain that this would undermine the status of the official language and could cause difficulties reading the non-Lithuanian names.

In its program approved in late 2012, the government pledged "to resolve the issues of the spelling of forenames and surnames in identify documents and of streets and places". However, the ruling parties kept pushing back dates for adopting these decisions.

The Lithuanian parliament should adopt a new law, allowing Lithuanian nationals to spell their names...

A group in Lithuania collected 69,000 signatures under a petition which obligates parliament to...

The Migration Board of Vilnius County Central Police Commissariat has refused to issue a passport...

A Vilnius court has put the Lithuanian capital's migration authorities under the obligation of issuing...