BNS
aA
The Lithuanian government has decided to declare a nationwide state of emergency due to a prolonged drought to allow farmers who get EU support to avoid sanctions and to facilitate negotiations with buyers of their products. 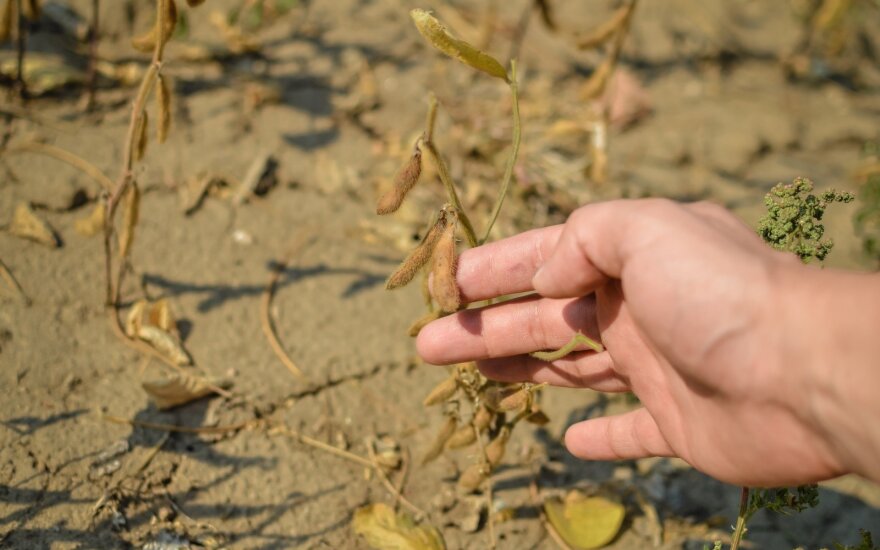 Agriculture Minister Giedrius Surplys says that farmers remain in a difficult situation despite recent rainfall, adding that prices for some food products may rise due to the drought.

"We propose to simply lock in the situation so that anyone who has lost their crops in Lithuania could avoid sanctions from the European Commission and from the Agriculture Ministry's bodies for their unfulfilled obligations related to EU support payments and that any farmer could refer to force majeure circumstances (in talks with) buyers of their produce both in Lithuania and abroad," he said during the Cabinet's meeting.

Based on data for 2006, when a very similar drought occurred in Lithuania, it is forecasts that between 15 percent and 50 percent of summer crops may be lost, according to Surplys.

"There'll be losses both in the dairy sector and in the meat sector. We'll have final clarity at the end of the year on how many and what crops we are losing," he told reporters after the meeting.

Aušrys Macijauskas, chairman of the Lithuanian Grain Growers' Association, told BNS that the nationwide state of emergency allows farmers to use force majeure clauses in contracts with their partners.

"That won't give much. That status allows farmers to avoid additional losses due to sanctions or fines. Many farmers have obligations," Macijauskas said.

This concerns farmers who have contracts with banks and purchasers of products, and those who use funds from EU support projects, he added.

Lithuania gets no drought relief from short rainfall

Rainy weather in Lithuania over the last few days has barely brought any relief to areas suffering...

Rain in parts of Lithuania on Friday night did not end severe drought in some areas, and it still...

Drought has officially been declared in five Lithuanian municipalities.