(4)
www.DELFI.lt
aA
The Genocide and Resistance Research Centre of Lithuania (LGGRTC) has announced that it may publish a list of individuals who had worked in police institutions during the Nazi occupation of Europe. This would amount to a list of individuals who may have contributed to the Holocaust in Lithuania, though it would not be clear in what capacity they may have collaborated. 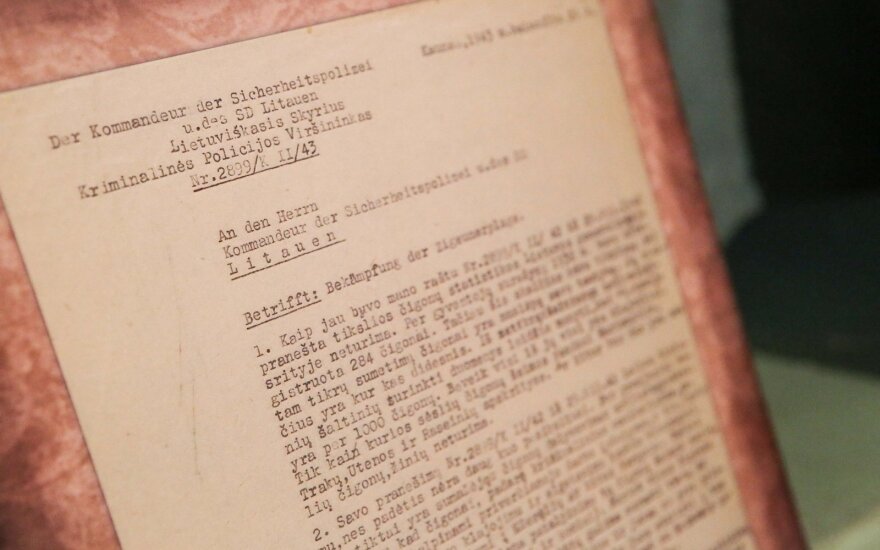 According to Rūta Vanagaitė, the author of a controversial book on the Holocaust in Lithuania, such a list had already been submitted to the government in 2012, after which it was ignored. “In 2012, the Genocide and Resistance Research Centre of Lithuania created a list of 2,055 people who may have contributed to the genocide. The list was sent to the government. Where is it now? I went to the government's vice-chancellor and encouraged him to do something with the list, to investigate it. After all, it couldn't just lie there for five years,” Vanagaitė said last week in an interview with Delfi.

Related articles
'They showed that Lithuanians were an honourable people, they saved their own and their nation's honour'
"We never called Lithuanians a nation of Jew-shooters" says community leader

According to her, the list was sent to Deividas Matulionis in 2012, who was the government's vice-chancellor at the time. According to current government vice-chancellor Rimantas Vaitkus, however, “We don't have such a list, the whole list is at the Genocide and Resistance Research Centre, nobody's hiding anything in our drawers,” he told Delfi. However, he also confirmed that the list had been submitted to the government in 2012, but underscored that such a list would not be within the Government's purview.

After reading the interview with Vanagaitė, he said he invited the center's director, Teresė Burauskaitė, and the historians who had analysed the list to discuss it with him. They told Vaitkus about 1,000 individuals who are suspected of having worked with the Nazis. 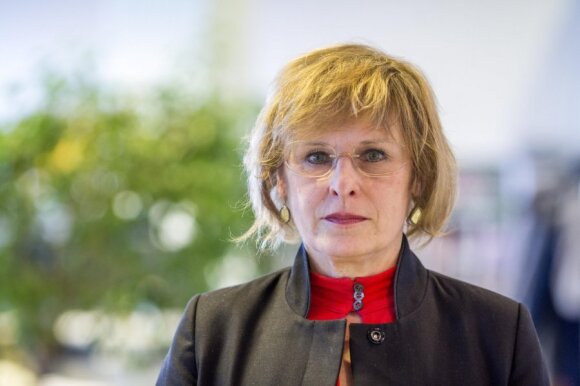 The publication of those people's names, however, would have to be evaluated on a legal basis, according to the vice-chancellor. Because some of the information had been obtained through torture, its value must be carefully evaluated as well; “If we want to talk law, all of the KGB's testimony isn't trustworthy. In a legal state, only the court can say that someone shot Jews, not the LGGRTC,” said Vaitkus.

In 2009, Joseph A. Melamed, a lawyer of Lithuanian origin, published a list on the website of the Association of Lithuanian Jews in Israel with 4,233 Lithuanians that had been accused of having shot Jews. After the list was published, the Genocide and Resistance Research Centre of Lithuania performed its own research, confirming that 1,070 people from the published list may have contributed to the holocaust. They also added a further 985 people that had not been mentioned by the initial list. This was the list that the centre sent to the government in 2012.

“We will try to publish a book this year about the police structures that operated during the Nazi period with material that we have been preparing, checking and collecting for a long time. At the end, we will have a list of all of the people that had worked within these structures,” said Burauskaitė. 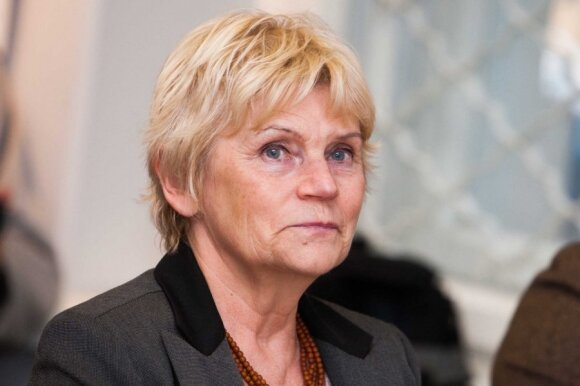 According to her, the list will also clarify what those people's roles were. “The idea that someone automatically must have shot Jews if they were a policeman during the Nazi period has taken root. That wasn't the case, as not all of those structures were used as the Nazis' instruments of death,” she said.

She also emphasized that the centre's research was historically accurate, but that each individual's guilt could only be decided by the courts.

The Lithuanian Genocide and Resistance Research Centre intends to finish publishing names of...

The Lithuanian Genocide and Resistance Research Centre has published documents from the Special...