Media Briefing
aA
123 million euro, a sum reported by the lrt.lt news portal previously, is to be earmarked for the optimisation of the higher education network. However, it would appear that the distribution of funding is causing increasingly much confusion – some universities do not understand, how the funding was assigned, while education experts already mused earlier, whether higher education institutions would receive funding even if they hadn’t performed mergers. 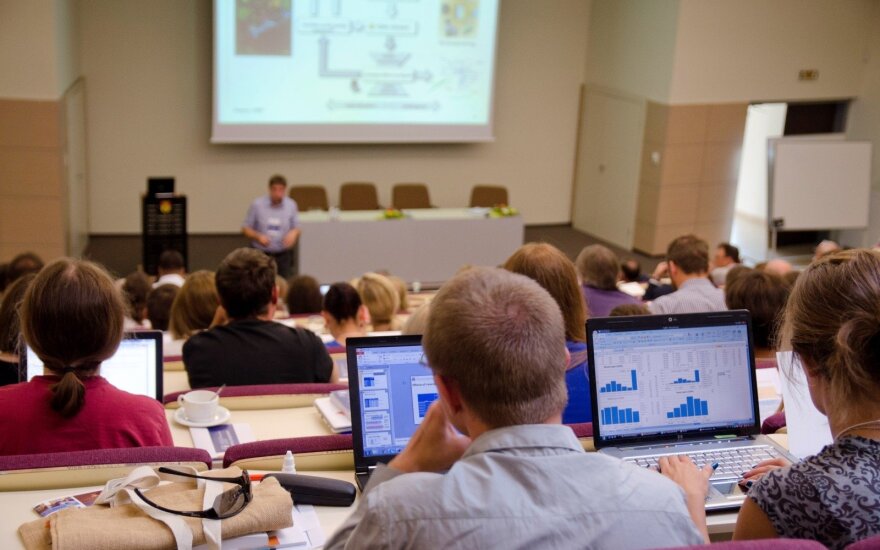 Most of the funding, 106 million euro, is funded through European Union investment. The remaining 17 million will be sourced from the state budget and used to increase lecturer and scientists' wages. Most of the funding will be directed to the Vilnius (VU) and Šiauliai (ŠU) universities, a total of 32 million euro. Vilnius Gediminas Technical University and Mykolas Romeris University receive almost half the sum, totalling 17 million euro. Vytautas Magnus University (VDU), Lithuanian University of Education Sciences (LEU) and Aleksandras Stulginskis University (ASU) are to receive 16 million euro. The remaining funding is to go to universities, which are performing internal optimisation.

Related articles
Struggling to find employees: making lists and bringing in from abroad
Seimas term at its midpoint: chaos only increasing

No basis for funding distribution

Professor Juozas Augutis, the rector of VDU, which is merging with LEU and ASU, notes that the funding earmarked for integration processes is baseless, with the VU and ŠU merger receiving twice the funding that of the VDU-LEU-ASU merger despite LEU and ASU each being larger than ŠU on their own. According to the rector, the three university merger will be taking up the largest responsibilities, but is receiving the lowest funding.

According to VGTU, which is merging with MRU, rector dr. Alfonsas Daniūnas, the two merging universities requested far more funding than was earmarked. In order to reach a breakthrough, which would strengthen interdisciplinary study and sciences, VGTU and MRU requested 97.8 million euro from the Ministry of Education and Science this April.

Funding even without mergers

Advisor to the minister of education and science, professor Eugenijus Butkus commented on the higher education funding and noted that the funding for the merger processes was outlined during general planning of structural support and the budget's financial measures. According to him, the universities expressed their needs in the general action plan, they presented their investment projects, which were evaluated and the funds earmarked in consideration of potential and justification.

According to him, the universities proposed reform plans themselves and what funding they need, negotiations and evaluations of these are ongoing. When asked, if the universities would have still received funding even without enacting mergers, E. Butkus answered that if the universities had not merged, the EU investment would still have reached them "based on the same goal – improving study and science quality, however far less – the merger funding was assembled from other areas as an extra."

Struggling to find employees: making lists and bringing in from abroad

On Wednesday, the cabinet approved the Ministry of Interior’s proposal to form a list of the most...

Viktoras Pranckietis , the speaker of the Seimas, regards the current parliament, which is halfway...

An international expert assessment of Lithuania's scientific research performance is getting underway,...

Thousands of state-funded places have been left vacant at higher schools in Lithuania after they...