BNS
aA
Justice will not be achieved in full in the January 13, 1991, attempted coup case without the presence of the former leader of the Soviet Union, Mikhail Gorbachev, according to Lithuania's first post-independence leader, Vytautas Landsbergis. 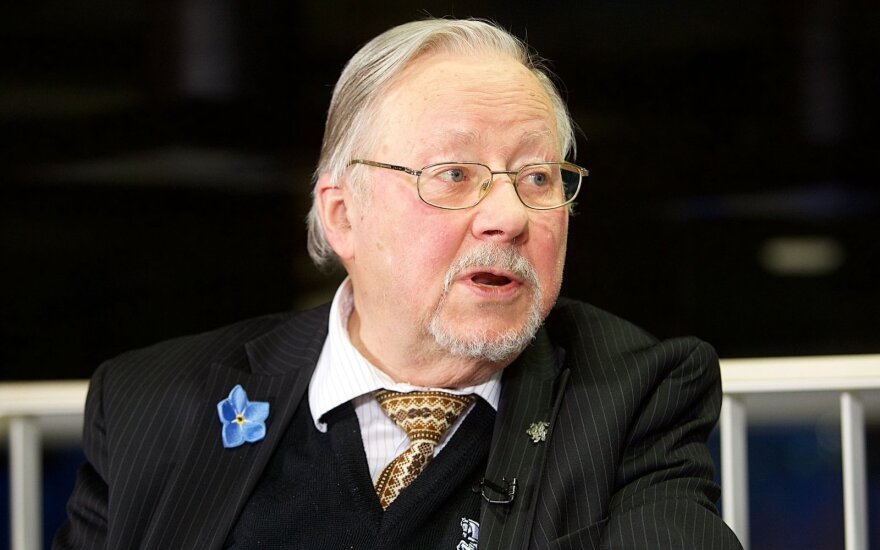 "We realize when Gorbachev is not there - this undermines the entire case. One of the defendants said right away – there was the commander-in-chief whose orders we had to follow, and you haven't even listed him as a witness. Therefore, the court proceedings do not look good in terms of justice," Landsbergis told BNS after the Vilnius County Court opened hearings into the January 13 1991 case earlier on Wednesday.

"Justice will never be achieved in full, however, it is being executed to some extent or steps in the right direction are being made. This is something we can be happy about, however, we need to observe how things go, as the case has been surrounded by highly odd phenomena from the start – procrastinations, silence and sweeping of some of the crimes under the carpet," said Landsbergis.

Landsbergis said that because the case did not involve the then leader of the Soviet Union, Mikhail Gorbachev, historic justice in the case could not be achieved. Prosecutors have decided not to bring charges against him. They attempted to interview him in the framework of the investigation but were refused legal assistance by Russia.

Lithuania’s first post-independence leader also said that the case had been influenced by Russia.

"I believe the case is still politicised and controlled from above – I mean the influence from Moscow," said the former chairman of the Lithuanian Supreme Council.

Hearings of the Vilnius County Court were interrupted on Wednesday after one of the lawyers fell ill...

On Wednesday, a Vilnius court will open hearings into the case surrounding the 13 January 1991...