BNS
Lithuanian border guards detained on Wednesday a trailer with 14 freezing illegal migrants hidden in the semi-trailer as it tried to cross from Belarus to the country. 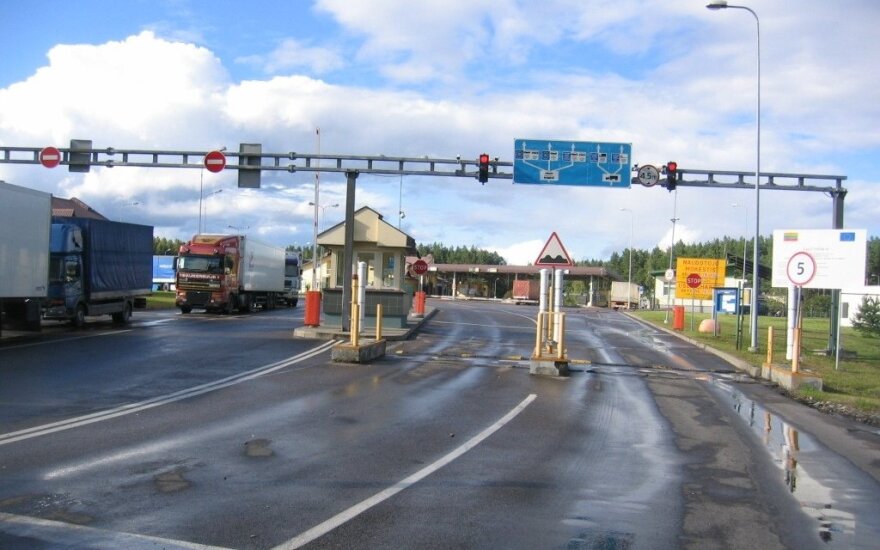 The migrants told the border guards that they were Sri Lankan citizens and that they had traveled locked up for several days, the State Border Guard Service (VSAT) said on Thursday.

The migrants needed medical help and one of them is being treated in a hospital.

The Russia-registered Scania truck drove up to the Lavoriškės border checkpoint shortly after midnight on Wednesday.

The truck was driven by a 49-year-old Russian national and had a cargo of plastic goods in the semi-trailer.

When the officials opened the semi-trailer, they found 14 women and men hiding between pallets with plastic products. The migrants, who were freezing and could hardly walk because of swollen feet, were rushed to the Santaros hospital in Vilnius for treatment.

Thirteen of them were placed into custody in the evening and one remained in hospital due to poor health.

The migrants, who had no documents, told the VSAT officials that they were Sri Lankan nations aged between 19 and 41 years. They hoped to eventually reach Western Europe.

Prosecutors on Thursday asked a court to issue a two-month arrest warrant for the driver, who faces up to eight years in prison if convicted.

Lithuania to continue taking in refugees under EU program

The Lithuanian government decided on Wednesday to continue taking in refugees from the Middle East...

Refusals in extension of a residence permit in Lithuania. Causes and consequences.

Since 2017, amendments to the law of the Republic of Lithuania “On the Legal Status of Aliens”...

Ukraine's business representatives expect that the bilateral treaty under preparation will help ensure...