Four out of five returning emigrants admit: they are driven home by the longing for their homeland and close relatives

EN.DELFI
As Great Britain prepares to leave the European Union (EU), fellow countrymen returning from emigration admit: the decision to return is determined both by psychological and emotional arguments, not by economic reasons or fear of the consequences of Brexit. 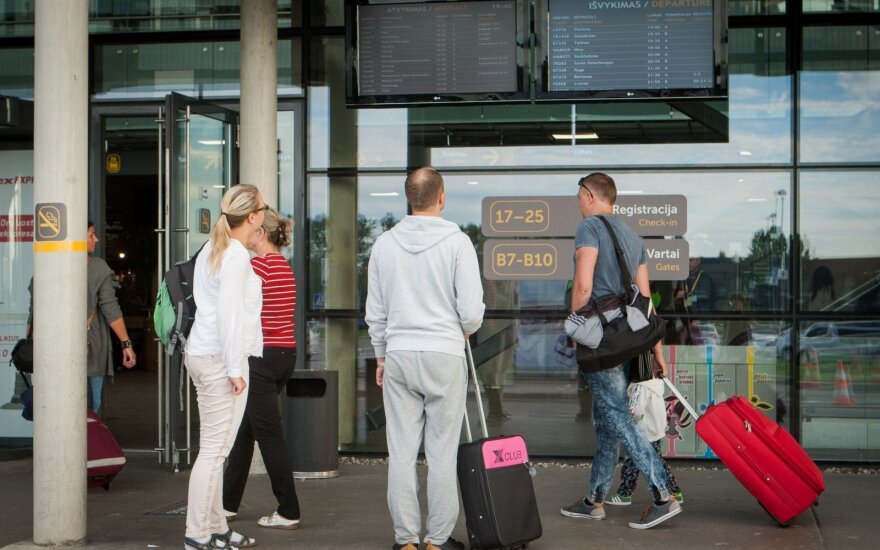 "Eksemigrantai" – the Public Enterprise (VšĮ) that unites the community of approximately 20,000 emigrants and citizens who have already returned to Lithuania – initiated a survey in January aiming to measure prevailing moods before the approaching Brexit. As much as 32 percent out of the 1,560 people who took part in the survey stated that the main factor making them decide to return is the longing for their homeland. For another 30 percent, this is determined by the opportunity to be near their close relatives, whereas one in five respondents named children as the most important cause of their resolution.

"The main reasons why emigrants return to live in Lithuania basically are emotional: the longing for their homeland and the wish to be with their close relatives. This denies an ever-strengthening stereotype that one of the main reasons for coming back is anxiety and insecurity regarding Brexit," Dovydas Petrošius, President of the Association of Ex-Emigrants, says.

Related articles
After the elections, at the broken shell of the political system
“Adios, England. We return to Lithuania”: emigrants bring everything

Lithuania is much more stable than a decade ago

The fact that the longing for home may be very strong, and can motivate one to create one's life from scratch in their homeland again is confirmed by Mindaugas Sragauskas. He is a resident of Klaipėda who returned to Lithuania after several years of living in the United Kingdom. He started working as the Manager of Safety at Work in "Germanika", which belongs to the SBA group of companies.

"I spent 15 years in the United Kingdom. To be honest, I always cherished the thought that I would come back; it seemed natural to me. My family and I had already made such a decision once before. We came back in 2007 and found that Lithuania was full of enthusiasm and ambitions. Unfortunately, the feeling that those ambitions were unreasonable turned out to be true. So we returned to England when the crisis started," says Mindaugas, who has been creating his life in Lithuania for half a year already.

According to him, the present decision was dictated by his heart and the wish to be near to his close relatives.

"My family had been living in Lithuania for two and a half years already, whereas I was living and working between England and Lithuania. My working conditions were great but I understood that I don't want to live like that anymore, and that I must listen to my heart. So I came back and settled here. There are enough opportunities to work, create and consolidate one's position, while the quality of life is better here than when working abroad," Mindaugas is certain.

Psychologist Gediminas Navaitis notes that the emotional aspects of emigration are often underestimated while return, just like emigration, is characterized by waves.

"Usually, a person subconsciously decides whether he is going away for a long time before emigrating. If yes, he feels that the social network that he is leaving will rupture naturally and rare returns will not compensate the longing for his homeland. Therefore, he decides that the ties to the homeland won't be important any more. A person is going away for a certain defined period of time with a clear goal in mind – to earn some money, acquire education – and come back afterwards, is another case. Both situations are psychologically different but those who are going away for a longer period of time may experience a strong wish to simply come back home," G. Navaitis says.

According to him, emigration in waves is a clearly perceived fact which, in our case, also clearly demonstrates that we can compete with other EU countries in respect of salaries in certain professions.

People arriving in Lithuania – twice as much as last year

Business also feels that the number of returning people is increasing. Companies get more applicants to jobs not only from Great Britain but also from other countries. The country's companies, like Žemaitijos Pienas and SBA group, have been actively inviting the citizens who have emigrated to come back and offering jobs to them for quite some time. The companies are seeing the first results already.

"We notice that the emigrants who are returning most often are interested in positions requiring higher qualification in our companies. It is also important to emphasize that talented, competent and motivated people who have new skills and ideas are coming back," Edis Kasperavičius, Staff Manager of SBA, says. According to him, there are some emigrants who have returned during recent years in each company of the group.

According to preliminary data of the Department of Statistics, a total of 6,842 immigrated to Lithuania during the first two months of this year, which is twice as much as last year at the same time. Of course, some of them are foreigners coming to Lithuania. However, according to last year's data, the number of our fellow countrymen coming back to Lithuania is increasing and constitutes over a half of all immigrants.

The Migration Department has released preliminary migration metrics for H2 2018. These have revealed...

If the Seimas backs the ruling bloc's proposal to lower the referendum threshold for Chapter 1 of the...