EN.DELFI
aA
In the modern world, it is more crucial than ever to not only generate knowledge but also to know how to apply it, discover creative solutions and to recognise new perspectives and possibilities. Many agree that higher education should be the environment in which these characteristics are cultivated. 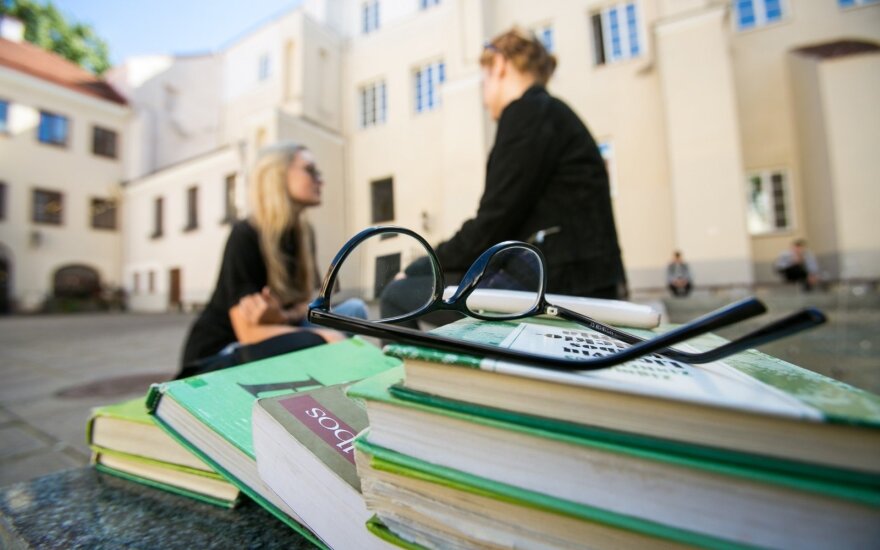 Creativity and innovation is what most in-demand western universities are orientated towards, and that is what students who find traditional study methods increasingly unattractive expect from higher education. Is the changing Lithuanian higher education system also progressing in this direction, and does it have anything to offer for people searching for western-style studies?

Lack of leadership and a new approach

Head of Vilnius University Business School Dr. Birutė Miškinienė says that Lithuanian higher education institutions are able to train graduates capable of developing global innovations, but this requires effort and initiative by higher schools and greater awareness and leadership from their directors.

Related articles
Lithuanian president: it's our duty to invest in teachers
Andreas Schleicher: on how to reform Lithuanian education system

"At the political level, the policy of the country's higher education system has been chosen. Whether it's the best is a matter of debate; however, the decisions have been made, so it is now up to the higher schools to strive to be modern and to be able to respond to the processes taking place in the world today. That requires leaders in the management of the higher schools and greater maturity of the entire academic community," claims Dr. Miškinienė.

She adds that it is also crucial for Lithuanian higher schools to offer modern study programmes corresponding to the expectations of students and today's realities and to raise the bar for quality. Otherwise people seeking higher education and certain knowledge will simply flock to foreign universities.

"Today, greater value is placed on completely different study methods than those that are still very often applied in Lithuania. Today's students struggle to sit through a traditional lecture. They need interactivity, possibilities to actively participate, work in teams and use distance learning platforms. The model where the lecturer speaks and the audience just passively writes everything down is very much outdated, and alternatives encouraging students to engage and activate their creative resources are required," Dr. Miškinienė explains.

The head of the international money transfer company TransferGo, Daumantas Dvilinskas, who has won the Global Lithuanian Award for the dissemination of ideas in the world that have been conceived in Lithuania, says that higher education here has much to learn from examples from abroad. According to Dvilinskas, who completed his studies in the United Kingdom, even though Lithuania cannot yet boast of a higher education system that is competitive at the European or global levels, we do have a school system of an extremely high level that is capable of preparing future students for the world's greatest universities. The businessman believes that Lithuania could take advantage of the situation to its benefit and create a higher education system orientated towards technological education, creativity and future occupations.

"I'm talking about a fundamental transformation of higher education from the post-industrial model (orientated towards the accumulation of information) to a system that corresponds to the realities of the Fourth Industrial Revolution with the main goal of promoting creative problem solving. A great example of this is Finland, which transformed its education system within the span of ten years and became a world leader. It's great that we have the possibility to learn from such countries and do it all in a better way," he says.

Attracting MIT or Stanford to Lithuania

In the opinion of Dvilinskas, it is crucial to start establishing branches of the world's international universities in Lithuania. According to him, the Stockholm School of Economics in Riga (SEE Riga) is a great example of how a quality unit of an international university has managed to attract both excellent teachers and some of the best students in the Baltic States.

"Why couldn't Lithuania be home to a unit of MIT or Stanford University? We definitely have a good basic education base for training students for such universities. Proper foreign universities, unfortunately, significantly exceed Lithuanian higher schools in their budgets and potential to attract the best teachers and students. For example, Lancaster University invests 270 million pounds per year, 100 million of which goes to the departments, 30 million to infrastructure and the same amount to R&D. This budget probably equals the entire budget of Lithuanian higher education," Dvilinskas stresses.

Learning not only from teachers and books but peers as well

Dvilinskas relates that the reason behind his decision to study abroad was curiosity and the desire to discover more and get to know new things.

"Before my studies I travelled a lot, and every time I went abroad I noticed how many new ideas and solutions came to my mind after just a few weeks in a new country. So the decision to study in the United Kingdom was a very natural step and a possibility to not only delve into my studies but also spend time with people from various cultures with very different experiences," says the Lithuanian, who made the 30 Under 30 Europe: Finance list by the prestigious business magazine Forbes.

According to Dvilinskas, foreign universities are often intercultural and train critical thinking and creative problem solving. Students learn not just from teachers or textbooks but from each other as well.

"The possibility to interact with my group members from Tokyo or San Francisco allows me to realise that there is more than one way to solve problems and challenges. That adds tools to your set of skills and opens up new perspectives. That's what we aim for at TransferGo as well – we have people of more than ten nationalities in our team that work in multidisciplinary teams. This gives rise to the best and most creative solutions to complex problems," Domantas Dvilinskas says.

Lithuania is capable too of offering high-level studies

Dr. Miškinienė emphasises that Lithuania already has study programmes that offer wide opportunities. For instance, for the first time in the country a practical Master's study programme, MBA Entrepreneurship, has been prepared in accordance with the standards of modern business studies. The one-year studies are focus solely on the transformation of an idea to a business solution. At the end of these studies, no conventional Master's thesis is required; instead, the students prepare practical and experiential projects throughout the entire duration of the studies.

"This study programme was developed in accordance with the requirements of the US Association of MBAs, and we prepared it in consultation with experts from Stanford University and specialists from Israel and the Netherlands. It's aimed at people with work experience who have already risen up the career ladder but are nurturing thoughts of developing their own business, and perhaps already have an idea for it but don't know how to realise it on a practical level. The study programme is also of relevance to people responsible for the development of products and services, business development and new markets in their respective companies. All of the foreign and Lithuanian lecturers teaching under the programme have business as well as academic experience," Dr. Miškinienė explains.

According to Dr. Miškinienė, the demand for such studies is evidenced by the fact that a little while after the opening for admissions, one third of the vacancies in the new study programme were already filled. The motivational interviews show that that the studies being are chosen by people with very clear personal and professional goals.

The head of VU Business School believes that study programmes of Lithuanian higher schools that combine modern study methods, high-level academic and business competences, an international environment and an orientation towards practice and creativity can help to train leaders who create world-changing innovations and businesses, and do it no worse than western higher education institutions.

Lithuanian president: it's our duty to invest in teachers

Lithuania must invest in the teaching profession as the nation's freedom and future depends on...

Andreas Schleicher: on how to reform Lithuanian education system

Lithuania is shifting to a new pay system of teachers as of the upcoming September.

Thousands of state-funded places have been left vacant at higher schools in Lithuania after they...