DELFI,
www.lrt.lt
aA
The Lithuanian parliament has begun debates on amendments to the Law on Citizenship proposed by President Dalia Grybauskaitė. The bill is intended to expand possibilities for Lithuanian citizens to also hold passports of other countries. 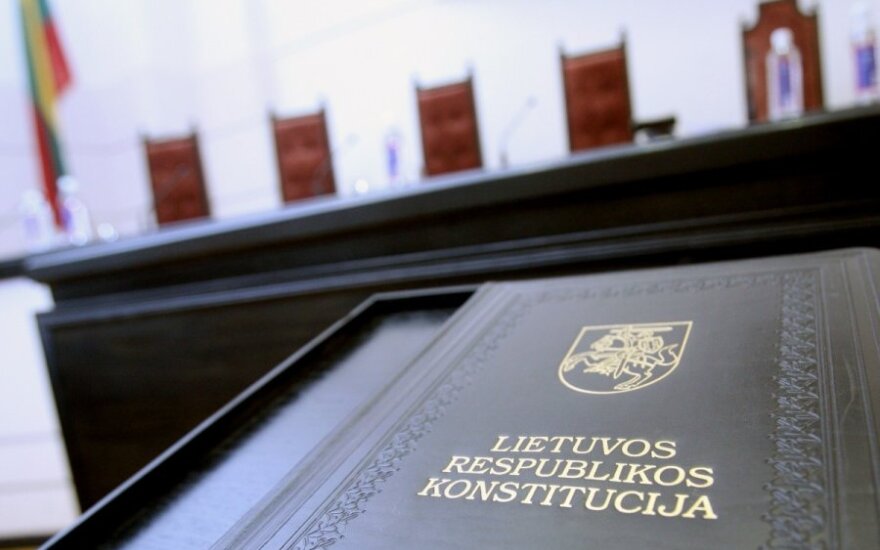 The Lithuanian Constitution expressly forbids nationals of Lithuania to hold multiple citizenships. Section one of the Constitution states that "with the exception of individual cases provided for by law, no one may be a citizen of both the Republic of Lithuania and another state at the same time".

One of the consequences of the provision is that once a Lithuanian is naturalized in another country, he or she automatically loses the Lithuanian passport.

While some advocates, particularly in ever-growing diaspora communities, have long maintained that the restriction is an unnecessary bother, the issue has caught wider attention recently, after former NBA player Žydrūnas Ilgauskas became a citizen of the United States, triggering the process which would eventually strip him of his Lithuanian nationality.

In an attempt to mitigate public outrage over the beloved basketball player - an asset to the nation, no doubt, despite not having resided in the country for two decades - President Grybauskaitė drafted amendments to the Law on Citizenship, which would provide for an exception for Lithuanians with merits to the nation.

However, as the issue of dual citizenship is becoming relevant to a growing number of Lithuanian expatriates and mixed families, many doubt the amendment is anything more than a superficial touch-up which will fail to truly address the issue.

Such a view seems to be corroborated by the Constitutional Court which has ruled several years ago that, under existing regulation, dual citizenship cases cannot be anything more than numerically insignificant exceptions to the general rule. What is more, changing the regulation would require a national referendum to change the Constitution.

While the idea of finally putting the question to a referendum has recently gotten support of Lithuanian leaders, including the president, the prime minister and the parliamentary speaker, other stakeholders are rather sceptical. Leader of the World Lithuanian Community Danguolė Navickienė has recently stated her fears that a failed referendum - a likely outcome in view of dwindling voter turnouts - would kill the initiative. She adds that simple amendments to the Law on Citizenship should suffice to settle the issue.

Former Constitutional Court judge and one of the authors of the Constitution Vytautas Sinkevičius explains that the rather rigorous regulation of citizenship had to do with prevailing geopolitical climate in the early 1990s when the Constitution was adopted. 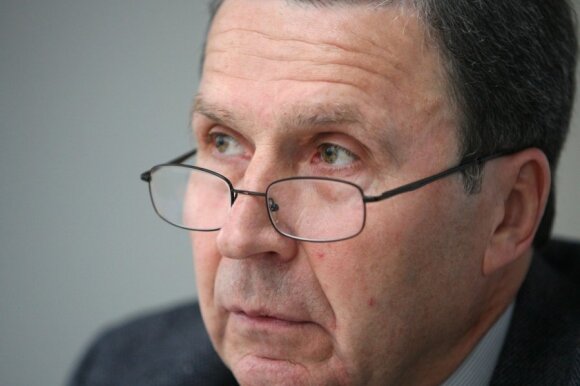 "Let's remember the period when the Constitution was being drafted. The Russian occupying forces were still in Lithuania, there were many Russian officers and their families, ideas of autonomy within the USSR were holding on, the Yedinstvo organization had not been disbanded yet. There was much debate on dual citizenship, whether to allow it, to limit or restrict. It was decided, however, that dual citizenship should not be a wide-spread occurrence for a simple reason - if a large number of Lithuanian citizens had been allowed to hold citizenships of another country too, it would have been unclear how they'd voted in parliamentary and presidential elections," Sinkevičius tells LRT television.

The fear at the time was that a significant number of citizens with split loyalties might have lent too much support to forces opposed to Lithuania's independence from Moscow. The authors of the Constitution therefore opted for the option that would pose less risk to the still very fragile statehood. "Things have changed since then," Sinkevičius admits. "The Lithuanian state is now as strong as ever and has strong allies, but the Constitution has remained the same."

He concedes that, two decades after its adoption, the Constitution might be ripe for amendments that would open up dual citizenship option for a greater number of people.

"The question, though, is how wide the opening to dual citizenship should be. Circumstances have changed: emigration, opportunities for travel and work in foreign countries, mixed marriages. This is objective reality that one cannot ignore and each country deals with it one way or another. There are different options. Say, Germany allows dual citizenship for those who acquire EU or Swiss passports," Sinkevičius says.

Lithuania once considered expanding dual citizenship, but restricting it to EU and NATO nations. Sinkevičius thinks such an option warrants consideration.

"There are also other issues. The Constitution now holds that in order to be able to run for parliament, a person must not be bound by oath to any other state. If dual citizenship becomes a widespread phenomenon, won't we have to change this provision, too, and allow candidates who hold foreign citizenships to run for office?"

MP Stasys Šedbaras, deputy chairman of the parliamentary Legal Committee, says that views on dual citizenship are evolving in many countries.

"The United States used to be very strict on the issue, but its position has changed somewhat, especially if it has to do with friendly states and allies. Poland's take is similar. Their approach is that if you are a Polish citizen, you are bound by the full set of duties to Poland - as well as rights, of course. And they tend to overlook if you also acquire another citizenship," Šedbaras says.

He adds that Lithuania's case is exceptional in that citizenship rules are outlined in the Constitution, whereas other countries put them in laws.

"We have a problem that the Lithuanian expatriate community does not want to accept. We cannot solve it [by simple legislative amendments]. If we want to expand dual citizenship, perhaps in the framework of the EU and NATO, we still cannot do it without changing the Constitution," Šedbaras insists.

According to the National Registry, there are currently 16,214 people who have dual citizenship.

A referendum on dual citizenship would be a "hopeless event", says leader of the Lithuanian World...

Lithuanian president calls on people to prepare for citizenship referendum

Lithuanian President Dalia Grybauskaitė on Thursday backed the idea to hold a referendum on dual...

Lithuania has to prepare for holding a referendum on dual citizenship , there is no other way,...