Forbes: Prof Šikšnys deserves to share the glory of this year’s Nobel Prize in chemistry

(3)
DELFI EN
aA
This year’s Nobel Prize in Chemistry still evokes resonance not only in Lithuanian but also in the most respective foreign publications. Various world science magazines write that Prof Virginijus Šikšnys from Vilnius University (VU) should share this Nobel Prize and fame with scientists Emmanuelle Charpentier from the Max Planck Institute in Berlin and Jennifer Doudna from the University of California for discovering and developing the gene editing tool CRISPR-Cas9. 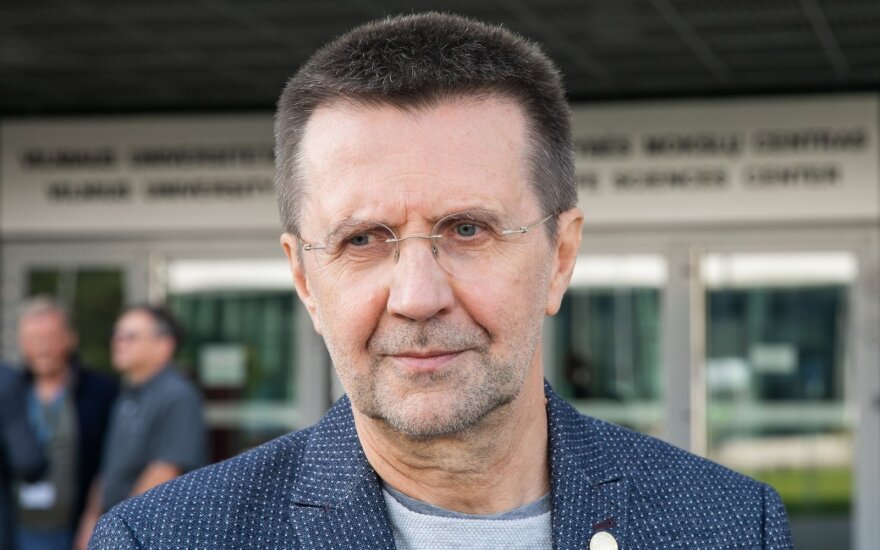 Prof V. Šikšnys has already received the Warren Alpert Prize by Harvard University for his discovery of the so-called “gene molecular scissors” and, together with this year’s winners of Nobel Prize in Chemistry, the prestigious Kavli Prize awarded by the Norwegian Academy of Sciences.

According to “Nature”, the world’s most widely cited scientific journal, J. Doudna and E. Charpentier and their colleagues undoubtedly deserve an award for the discovery of gene editing technology. In addition, several other researchers are also mentioned as main contributors to its creation – VU biochemist V. Šikšnys, Harvard University researcher George Church and Massachusetts Institute of Technology (MIT) researcher Dr Feng Zhang.

The influential business publication “Forbes” also points out that for the first time in history a team of women scientists shared the Nobel Prize in chemistry, but Vilnius University scientist V. Šikšnys also deserves to share this fame as well.

The MIT online portal “Technologyreview.com” asks why it was decided to award the Nobel Prize in Chemistry to only two scientists, as the prize can usually be awarded to teams of up to three scientists. The third honourable place could be potentially occupied by Prof V. Šikšnys and Dr F. Zhang, who made similar discoveries and were among the first to show that CRISPR-Cas9 technology can be used in human cells.

It is agreed that although E. Charpentier and J. Doudna have done very important work to make CRISPR-Cas9 technology a working tool, in the same time in 2012 Prof V. Šikšnys independently demonstrated that DNA-cutting by the Cas9 protein can be used for programmed genome editing.

Back in 2018, magazine “Science” declared that V. Šikšnys and his group in 2011 was the first in the world to demonstrate that the CRISPR-Cas9 system can be transferred from one bacterium to another and that Cas9 is the only protein in the system required for bacteria to provide protection against viruses.

The German daily “Der Tagesspiegel” also questions the justice of the science community and highlights that, unfortunately, it is sometimes easier and quicker to recognize remarkable scientific discoveries if they are made in the laboratories of world’s renowned universities. 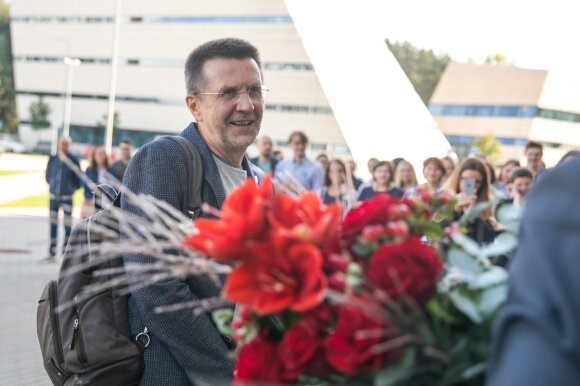 The daily emphasizes that Vilnius University Prof V. Šikšnys was the first researcher in the world who in 2012 described his work on the potential of the CRISPR-Cas9 system. The editorial staff of the prestigious journal “Cell” rejected his manuscript (the editorial board later admitted it was wrong because the article was of great scientific value). A month later, Prof Šikšnys sent his manuscript to the “Proceedings of the National Academy of Sciences of the United States of America”, where it was published three months later. However, V. Šikšnys was no longer the first. E. Charpentier and J. Doudna, who submitted their manuscripts to the “Science” editorial office later than V. Šiksnys, were the first to publish their work.

CRISPR-Cas9 technology, which has been created and developed by teams of at least 4-5 scientists, allows the DNA of organisms to be edited with great precision. This provides for opportunities to treat human genetic diseases or to develop new varieties of plants and animals. It is hoped that in the future, this technology will help to cure the most complex diseases, including human immunodeficiency virus (HIV)-induced AIDS, Down syndrome, and hereditary heart defects. Furthermore, this technology is already being introduced in agriculture, with plant varieties to be developed that are resistant to drought or other adverse soil conditions.

Thus, this revolutionary discovery was made simultaneously in laboratories of at least two universities in the world, including Vilnius University. The research of Virginijus Šikšnys can reasonably be called part of this year’s Nobel Prize.