Justė Michailinaitė
aA
Lithuania is an attractive destination for those foreign filmmakers who come here seeking not only flexible prices for film production and services but also a professional crew and suitable locations. Last year, Lithuania attracted the highest number of foreign productions since the introduction of its 20 percent tax incentive in 2014. Worldwide known directors, actors and producers work with the projects partly shot in Lithuania. Films produced in this country have also been noticed on the international film market. The Founder and producer of a Lithuanian production company, ARTBOX, Kęstutis Drazdauskas shares his International co-production experience. 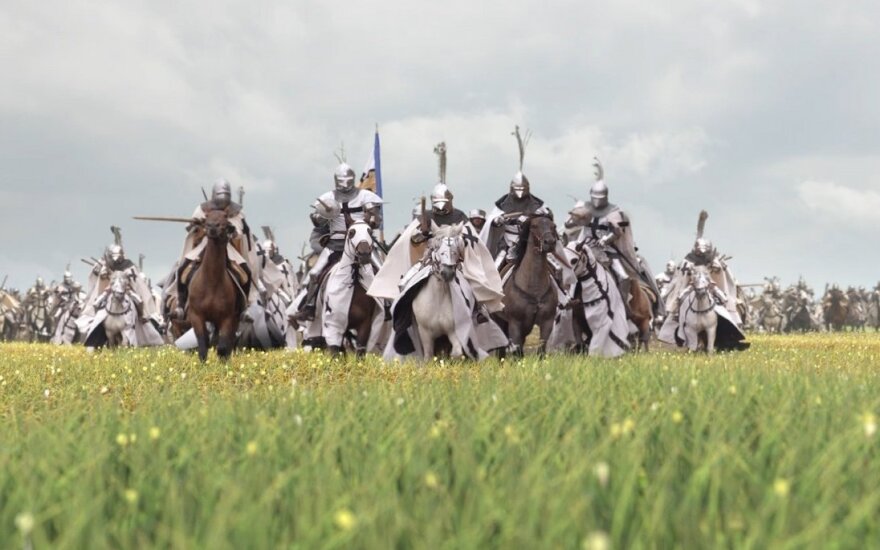 "Film production is a long and complex process which requires time and effort in all its stages. Therefore, every premiere is a big event not only for the directors, actors or producers but also for the whole crew involved in the creation of the film. The premiere is the point beyond which the film becomes "independent", and the viewer decides on its destiny. This autumn we premiered several films that vary from romantic dramas to historical documentaries. Many of them were selected for prestigious international film festivals, and this is really delightful," says producer Kęstutis Drazdauskas.

One of the examples is a four-part historical drama, "Tokyo Trial", (dir. Rob W. King and Pieter Verhoeff), a co-production between FATT (The Netherlands), DCTV (Canada) & NHK (Japan). "Tokyo Trial" is a dramatic historical recreation of the trial that started in 1946, immediately following WWII, whereby 11 judges from all over the world were called to Tokyo. There they spent two and a half years engaged in a landmark trial that determined the outcome for Pacific military and political leaders who were charged with war crimes.

The main part of "Tokyo Trial" was shot in Lithuania. The cast of judges includes international stars Marcel Hensema (Hollands Hoop, Simon), Jonathan Hyde (Titanic, Jumanji, The Strain), Paul Freeman (Raiders of the Lost Ark), Irrfan Khan (Jurassic World, Life of Pi, Slumdog Millionaire), with Michael Ironside (Total Recall, Top Gun) as General Douglas MacArthur. Lithuanian actors Kęstutis Jakštas and Gabija Jaraminaitė were entrusted with two of the main roles. Gabija Jaraminaitė performed the role of the interpreter and was the only one female in the court proceedings.

Now "Tokyo Trial" is available as a four part mini-series and as a 105-minute feature film. The four-part mini-series had its global release at NHK and Netflix on December 12th, 2016. The feature began its festival tour with a red-carpet premiere at the Netherlands Film Festival on September 25th, 2017.

However, the main good news is that the nominations for the 2017 International Emmy Awards have been announced by the International Academy of Television Arts & Sciences. There are 44 Nominees across 11 categories, and 18 countries and "Tokyo Trial" is among them. The film has been nominated as the Best Mini-Series.

"I still feel as if I have been struck by lightning - "Tokyo Trial" is nominated for the International Emmy awards. It is an indescribable feeling. I am so proud the film was shot in Lithuania," says K. Drazdauskas.

Another film – "Tulipani: Love, Honour and a Bicycle" (dir. Oscar-winning Mike van Diem), co-production of The Netherlands, Canada, Italy, also co-produced by K. Drazdauskas. After losing his farm during the floods of 1953, a romantic Dutch farmer is tired of getting his socks wet. He cycles to Italy and decides to grow tulips in the sweltering heat of Puglia.

The main roles in this film are played by a well-known actress, Ksenia Solo, and an Italian actor, Giancarlo Giannini.

"Tulipani" had its worldwide premiere at the Toronto International film festival where it was part of The Contemporary World Cinema programme. It was suggested by the Academy of Canadian Cinema and Television as one of 10 must-see films: https://www.academy.ca/2017/csa-winners-at-tiff17.

One more film partly shot in Lithuania by Artbox, which has been premiered this autumn, is the coproduction between Poland, Lithuania, France, and Germany "Habit and Armour" (dir. Pawel Pitera). This film narrates the history of the Teutonic Order and the Kingdom of Poland and Lithuania as a huge strategic game in which different cultural values compete, and human emotions collide.

"Habit and Armour" was shot in historical places – among others in Gdańsk, Toruń, Warmia and Masuria and in Lithuania (Vilnius, Trakai, Kernave, and other places). The narrator is a Hollywood actor, the Golden Globe-winner Stacy Keach (American History X, The Bourne Legacy). The production is available in several languages: Polish, English, Lithuanian, German and French. Other film versions such as a TV series production is also planned. This film will start its festival circuit soon.

A special movie worthy of mention is the coproduction between Armenia and Lithuania, "The Last Inhabitant" (dir. Jivan Avetisyan). Evicted as a result of the Armenian-Azerbaijani conflict, Abgar is left behind alone in a gradually shrinking enemy ring. An Azerbaijani named Ibrahim offers Abgar work on the construction of a mosque in exchange for finding and bringing back Abgar's missing daughter. The film is a story of love, virtue and self-sacrifice.

Although this film had its premiere at the Armenian Film Festival, "Golden Apricot", in 2016, this year was no less successful. The film was screened in USA, Lebanon, Iran, Netherlands, Finland, Sweden and elsewhere). It participated in Shanghai and Venice International Film festivals, and won the Best Feature and the Best Actor awards at the Scandinavian International Film Festival.

The main roles in this film were played by a Lithuanian actress, Sandra Daukšaitė-Petrulienė, and by two outstanding actors Aleksandr Khachatryan and Homayoun Ershadi. Music for this film was created by the leader of the famous rock band, "System of a Down", Serj Tankian.