BNS EN
aA
The Iraqis who in December 2015 became the first refugee family relocated to Lithuania under the EU's resettlement program have lost their residence permit as they failed to return to the country from Sweden within six months. 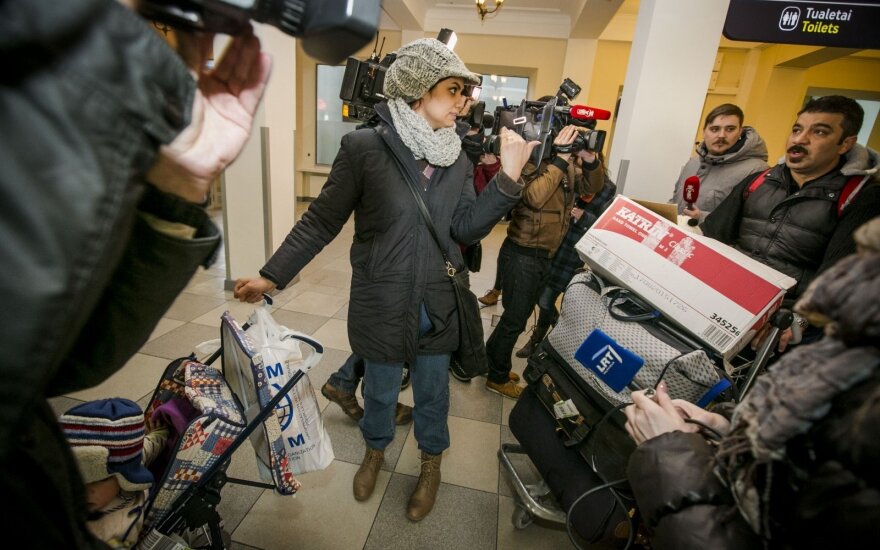 According to the Migration Department, the family of four left Lithuania more than half a year ago and are currently in Sweden.

They have not been stripped of their additional legal protection status yet, which allows them to live in Lithuania on a temporary basis. This means that the Iraqis would be able to apply for a new document if they came back to the country.

"They maintain the status, because their situation in the country of origin has not yet changed, and we see no reason for reviewing that status at this stage," Evelina Gudzinskaitė, the department's director, told BNS.

"Since they have been away for more than six months, we have annulled their permit for temporary residence in Lithuania. The status remains in place, but the document has been annulled," she said.

The family cannot travel in the Schengen area without such a permit and if they were detained in any member country, they would be regarded as illegal immigrants.

However, Gudzinskaitė says that the department has no information as to what the Iraqis do in Sweden. If they live there illegally, then Swedish officials should send them back to Lithuania. She added that the Iraqis could have found a job in Sweden and thus legalized their presence in the country.

Lithuania has pledged to take in a total of 1,105 refugees under the EU's resettlement program by next September. According to information from the Migration department, 262 refugees have been relocated to date and around 180 of them have already left for other countries.

The Iraqis are currently the only family relocated under the EU program to have lost their residence permit. Other migrants who have left Lithuania do not face such consequences, at least for now.

Refugees will be relocated from camps in Greece, Turkey or Italy directly to Lithuanian...

Mayors of some of Lithuania's biggest cities fear the government's plans to move refugees directly...

Lithuania to relocate refugees directly to municipalities from April (1)

Lithuania's non-governmental organizations should shortly provide a list of municipalities willing to...

Ministers off to Rukla to inquire about refugee integration issues (1)

Lithuania's ministers of interior affairs and social security and labour, Eimutis Misiūnas and...