the Lithuania Tribune, LRT
It has long been thought that the first inhabitants came to the territory of present-day Lithuania 14,000 years ago, but a new discovery has pushed back the date at least 30,000 years more. 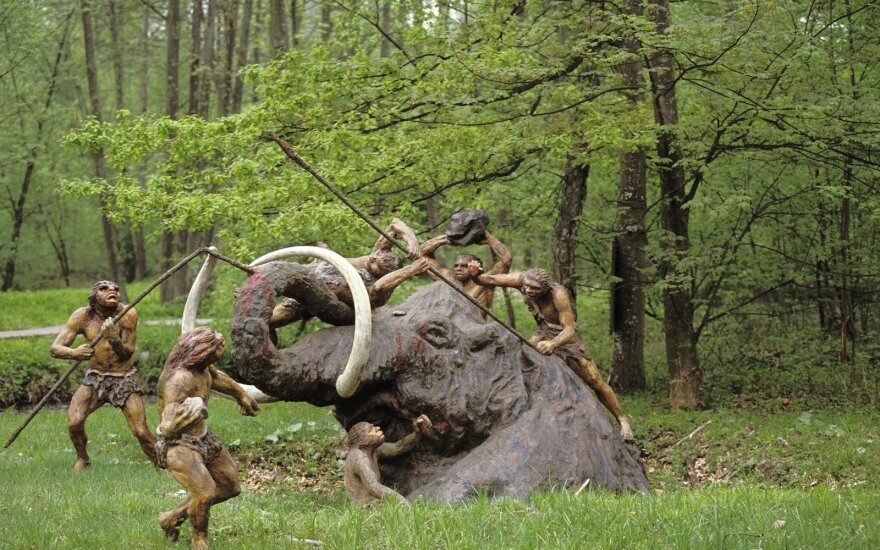 A few years ago Klaipėda University archaeology professor Algirdas Girininkas and his team came across a few finds near Gargždai, at Šniaukštų quarry.

One of them was a piece of a deer horn, undoubtedly processed by a human.

Radiocarbon tests were carried out in three foreign laboratories and they confirmed that the reindeer horn dates back about 43,000 years.

These tests indicate that humans were in Lithuania 30,000 years earlier than first thought, changing how archaelogists and historians view the development of human civilisation in the country.

"The discovery is important for European history. It got the attention of archaeologists who are interested in the palaeolithic era," Girininkas says. "They say it is interesting to see that people who lived here 40,000 years ago and 12,000 years ago used this kind of artefacts."

He says the horn could have been used for working on animal skins or as a hammer.

Girininkas also wonders if the tool could have been used by Neanderthals, since it dates back to the period before the species became extinct. If scientists find any traces of DNA on the horn, it could prove that Neanderthals lived in the territory of present-day Lithuania.

The find can also give an idea of Lithuania's landscape 43,000 years ago. The horn belonged to a northern deer typical of tundras. This suggests that Lithuania's territory was a tundra inhabited by mammoths and woolly rhinoceros.