BNS
Firefighters have managed to put four major fires in Lithuania under control. 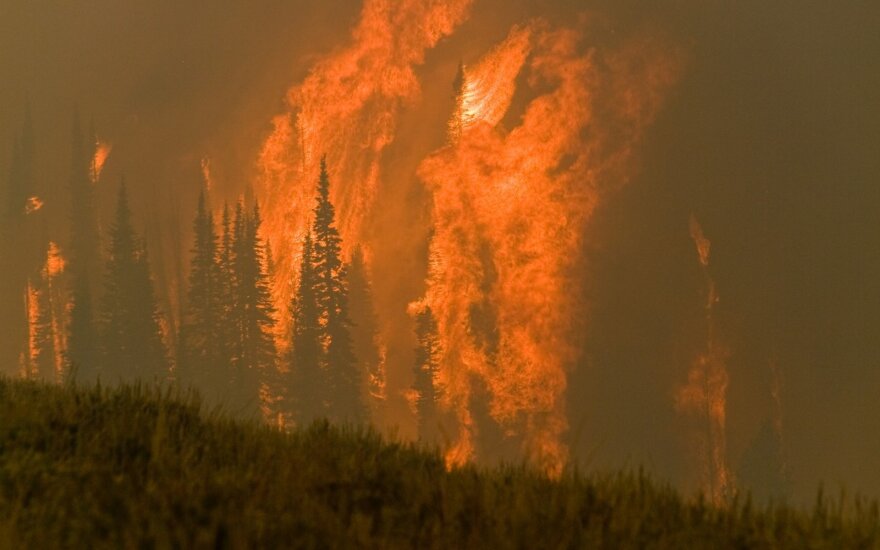 "All the fires have been contained and their spreading has been stopped, with final work still underway," a representative of the Fire and Rescue Department told BNS Lithuania.

It was reported on Friday that four major fires broke out in Lithuania and an operation center was up at the Fire and Rescue Department.

One of the fires broke out around 1 p.m. in a forest in the southern district of Varėna.

Another fire broke out in Jurbarkas District, southwestern Lithuania. The call was received at 13.27 p.m. about a burning forest area of around 1 ha.

And around noon, a fire was reported in Joniskis District, bordering Latvia, where several separate outbreaks of fire in an area of 200 ha were spotted. Latvian firefighters assisted in putting out this fire from their side.

Firefighters are fighting four major fires in Lithuania on Friday.

Two Mi-8 helicopters of the Lithuanian Air Force have been helping to fight wildfires in Latvia...

Latvia thanks Lithuania for help in extinguishing fires

Latvia on Wednesday thanked Lithuania for its assistance in extinguishing forest and peat fires in...

Greek President Prokopis Pavlopoulos has postponed his planned visit to Lithuania due to fires...

Swedish PM thanks Lithuania for assistance in fighting forest fires