David van Roon, the Lithuania Tribune
aA
A screening of The Midwife at the Embassy of Finland in Vilnius this past Friday saw members of the Finnish community in Lithuania come together. The film, that was mostly shot in Lithuania, is set in Finland during the Lapland war with the Nazi’s and was the first to receive a tax credit here. 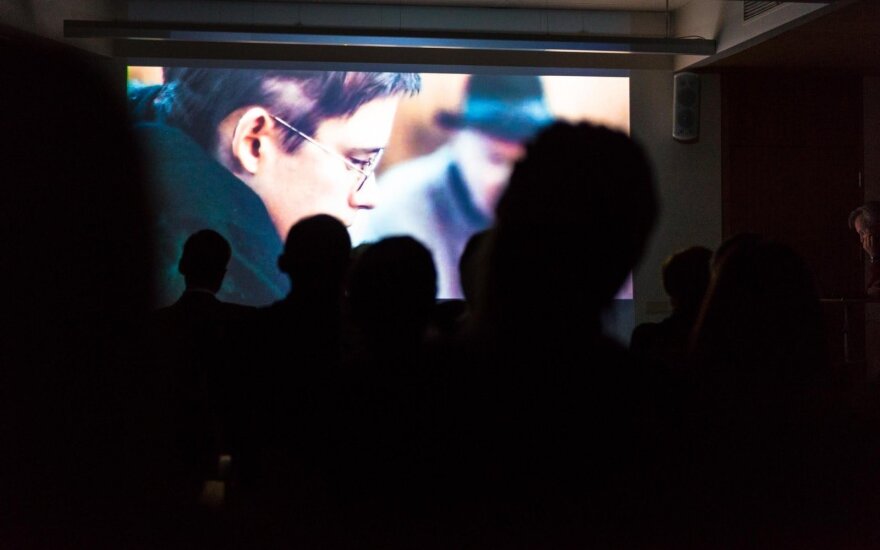 Screening of The Midwife. Photo by Mikko Waltari

Milda Leiputė, a producer at Nordic Productions said: “We needed €300.000 in tax incentives. It was not easy, but we did it.”

Members of the Finnish Community, film lovers and the vice minister of Culture gathered at the Finnish embassy on Friday evening to see the new Finnish film, The Midwife. It was the first time the film was shown in Lithuania.

The film tells the story of a midwife working in a Nazi prison camp during the Lapland war that shook the Northern most region of Finland all through ’44 and ’45.

Harri Mäki-Reinikka, the ambassador of Finland, stressed the importance of commemorating this war.

“We have to remember that we kicked the Nazis out of Finland in Lapland. They burned down houses. They almost burned down the whole of Lapland.”

The ambassador also expressed his excitement about the cooperation between Lithuania and Finland for this film.

“It is great that they filmed here. Our nature is not so different at all.” The Midwife brought €1 million into the Lithuanian film industry.

The Midwife was the first film shot in Lithuania to receive tax credits. With the new income tax law that was implemented in 2014, Lithuania now has more favourable conditions for filmmaking.

“Tax incentives were a main reason for the Finns to shoot The Midwife here in Lithuania,” explained Milda Leiputė from the production company responsible for the film in Lithuania.

Aside from the tax incentives, the team of The Midwife decided on Lithuania because of the large amount of abandoned and remote villages it has.

“These villages are quite old and they are not really touched by time. In Finland they would not have been able to find these really nice, ready-made film locations,” said Leiputė.

Leiputė believes that the tax incentives that are now in place will make it easier for future productions to be shot in Lithuania.

“The Finnish production company that did the Midwife was very happy with their experience here. They are already thinking of coming back with new projects.”

Lithuania is moving towards a prosperous future for film productions. “Our castles don’t only attract tourists, they also attract film makers. And of course we have a lot of beautiful forests. Great for shooting action scenes,” Leiputė said.

At the screening a big cardboard box was put out on a table next to some Finnish schnapps for the guests. The ambassador explained to those gathered that new mothers in Finland receive this box that is filled with all sorts of baby clothes, pacifiers and a bottle.

“We thought this fitted well with the title of the film. After World War II Finland created our now existing welfare society. We really support our families and children,” said the ambassador.

The film is a dark one that does not shy away from the horrors of war. After the screening finished the guests were quiet. Talking started up shy and slowly only after the credits had finished and the lights were turned back on.

The Midwife has been nominated and has won several prizes at film festivals all over the world. It was screened at the Golden Globes Awards in Los Angeles in 2015. Lead actress Krista Kosonen received an award for best actress at the Shanghai International Film festival.

A Lithuanian documentary about a mysterious photographer was screened at Gothenburg International...