(1)
aA
Fashion TV founder and owner Michel Adam has chosen Vilnius, Lithuania, as the site for a full feature film. Shanghai 1939: Exodus from Vienna is based on his mother’s true life story during World War II. 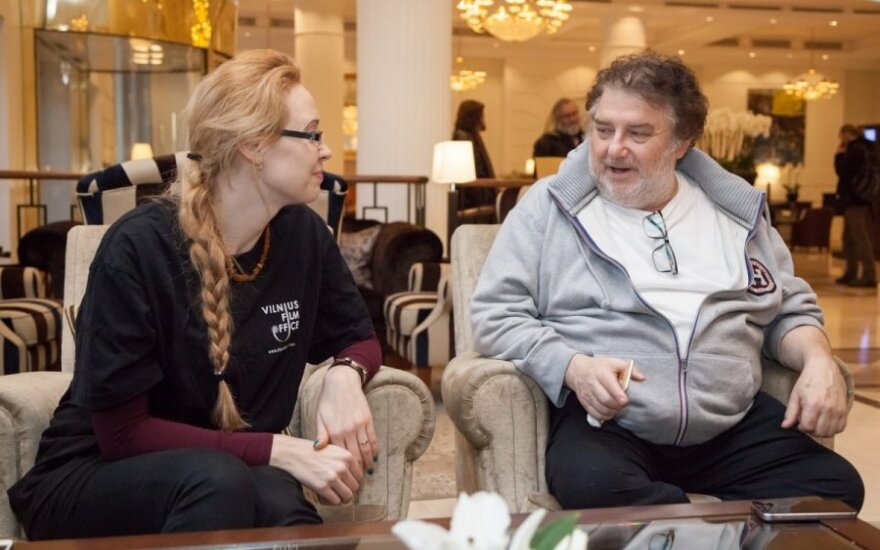 Fashion TV has a global viewership of over 500 million and is broadcast in 200 countries around the world. Michel Adam describes Shanghai 1939 as a romantic drama and that Vilnius is the perfect place to film it.

The story takes place during World War II and commences in Vienna, but its main protagonists eventually end up in Shanghai. It begins on the night of 12 March 1938 in Vienna when the Nazis annexed Austria.

The main hero of the film is Dr. Ho, the Chinese Consul in Vienna during World War II who issued visas to more than 10,000 Jews to escape to Shanghai. He is widely hailed as the Chinese Oskar Schindler. The love story features a young Jewish violinist and a Chinese martial arts expert who join creative forces and work together towards an escape. A twist in the story is that the escaping group takes a portrait of Hitler’s dog that had been painted by Hitler himself along with them.

During his meeting with Vilnius Mayor Artūras Zuokas, Michel Adam told him that,“the movie is dedicated to the memory of my mother, who died last year. She was a musician who fell in love with my father in Vienna during the war and they eventually ended up in China after having crossed all of Siberia. I had heard many stories of their dramatic lives and escape to safety and knew it was meant for the big screen.”

Mayor Zuokas has made attracting the film-making industry to Vilnius a priority and promised Michel Adam the city’s help in any way needed.

Michel Adam stated that Fashion TV chose Vilnius not only because of its similarity to Vienna, but also because of the quality of the Lithuanian crews and film professionals. “The prices are reasonable here, everyone speaks excellent English and there’s a large local talent pool. Fashion TV has featured a number of very talented and beautiful Lithuanian models. We will be looking for roles for them in Shanghai 1939 as well,” said Michel Adam.

The Director of Vilnius Film Bureau, Jūratė Pazikaitė, related that the international cast and crew have been scouting Vilnius for locations and have chosen the Town Hall, the Lithuanian Theatre, Music and Film Museum as well as various venues in the Old Town.

“We are always happy to assist foreign filmmakers. They bring a creative energy to Vilnius as well as jobs for our large base of movie professionals. This story is an engaging one and Vilnius will have no problem playing the role of Vienna. We look forward to filming that is scheduled to begin at the end of March,” stated Pazikaitė.