EN.DELFI
aA
Contemporary technological devices can be managed not only by pressing keys on a keyboard or moving a mouse. Students and researchers of Kaunas University of Technology (KTU) Faculty of Informatics, Lithuania are conducting research of eye-controlled IT systems, a press release from the university states. 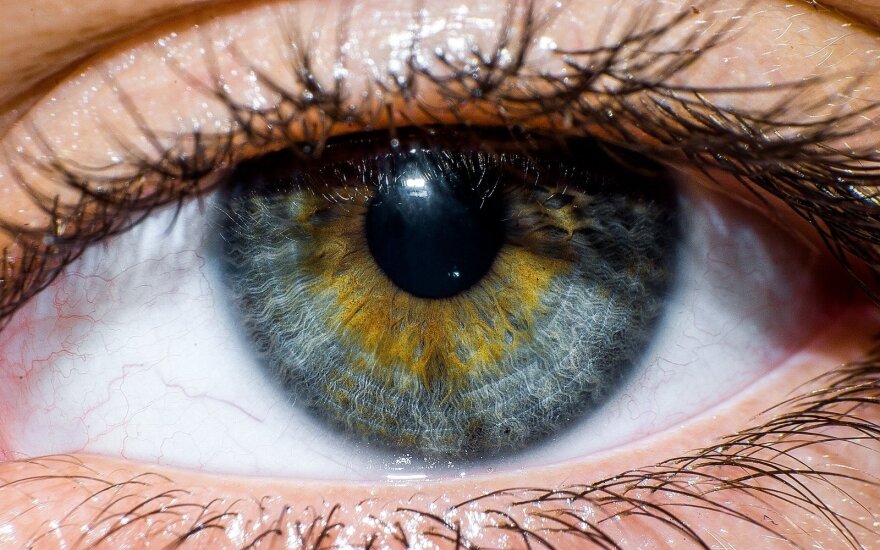 Simonas Baltulionis, software systems' graduate has designed an eye-tracking IT system, which will be used in scientific experiments. His bachelor's project supervised by Mindaugas Vasiljevas was highly praised not only by graduation committee, but also by business.

"I chose the topic as it seemed not only interesting, but also having a potential practical application. I didn't have any knowledge on eye-control IT systems, therefore I took the challenge as an opportunity to expand my knowledge", says Simonas, the graduate, who is planning to continue the research during his master's studies.

According to the project supervisor Vasiljevas, although researchers have been developing eye-tracking systems for relatively long time, general public is virtually unaware of their possibilities. He says that controlling computer or text writing through eye movements are not the only applications of the method.

"From various characteristics of a person's eye movements it is possible to determine his or her emotional state, tiredness, irritability, attentiveness, etc. Also, eye-tracking allows to investigate a person's ability to understand the information provided on the computer screen", says Vasiljevas.

The so-called eye trackers connected to the computer can trace human eye movements and mark the exact point on the screen a person is looking at. Baltulionis' graduating project's task was to create a software, which would allow to register the characteristics of the gaze and would follow eye movement trajectory.

The software is invisible to the users, it has minimal user interface and is working in the background. The main function of the software is to collect the data for further research on human-computer
interaction. The system is calculating and providing visualisation of various characteristics of the collected data.

System can work with numerus eye tracking devices and can store data in various formats. Baltulionis is also developing a platform, which allows not only use the already supported devices and storing formats, but also to integrate new ones.

Vasiljevas, the supervisor of Baltulionis' project is emphasising the two main advantages of the new eye tracking software: firstly, it is very flexible, i.e. can be used locally or connected to the internet,
which allows to send data to the central data base. Secondly, the system has vast development possibilities as the software architecture solutions can be easily adapted to new eye tracking devices or additional data storage possibilities. He is convinced that the system will have its practical application in the near future. At the moment, KTU Faculty of Informatics is planning to use it for the experimental research.

Kaunas is proud of being one of the host cities and presenting itself as a capital of technologies! It...

Key enabling technologies (KETs) are an important source of innovation, which Europe has highlighted...

It is hard to imagine our lives today without smart phones, but soon they might become indispensable...