the Lithuania Tribune
The extreme temperature swings that Lithuanians have experienced this April are as a result of climate change, said Lithuanian climatologist Donatas Valiukas. 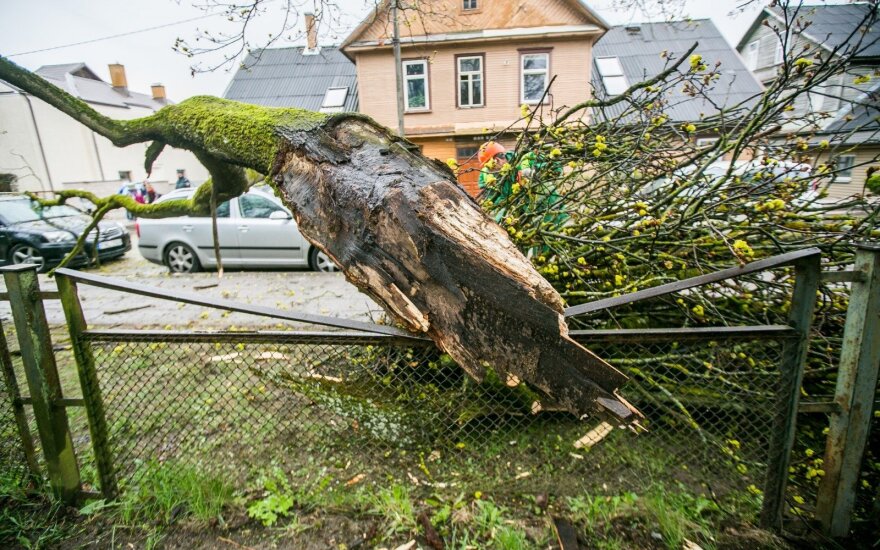 However, the sudden bursts of heat alternating with cold spells are nothing compared to what is to come in the future, he said.

"Everything in nature is linked to the warming up of climate," Dr. Valiukas tells lrytas.lt in comment about unusually changeable weather this spring.

"One of its outcomes are more extreme meteorological phenomena. One day can be hot and the next one, extremely cold. All this is down to circulation in the atmosphere. Air used to be moving from the Atlantic to the east, but now meridian south-to-north movements have become more frequent. This winter, for instance, temperatures at the North Pole were at one point higher than here, in Lithuania."

He said that signs of climate change in Lithuania include extreme changeability of rainfall and less snow.
While there has been no drop in average precipitation, it tends to be concentrated in periods of intense rainfall followed by prolonged periods of drought, Dr. Valiukas said.

In the future, weather phenomena linked to climate change will be more frequent and intense. Summer rainfall and river flooding will become more frequent as well as strong hurricanes.

"There is real danger to the Baltic coast. Over the last 50 years, sea level rose 10-15 centimetres, but the danger now is not the rise but strong winds and hurricanes," according to him.

"The zone in Lithuania which is most vulnerable to rising water levels is the Nemunas Delta. Spring flooding will become more dangerous," he said.

The windy and rainy April is just the beginning of the cold spell in Lithuania that is to continue...

Lithuania's economy is growing without raising greenhouse gas emissions, suggesting that the country's...

Vilnius got a late seasonal dusting of snow on Saturday evening.