'Evil will eat itself up' in Russia, Venclova says

BNS
aA
Russia cannot last long in its present state of "quasi-war" with the West, says Lithuanian poet and Yale professor Tomas Venclova. The tension will lead to a collapse within a few years, he believes. 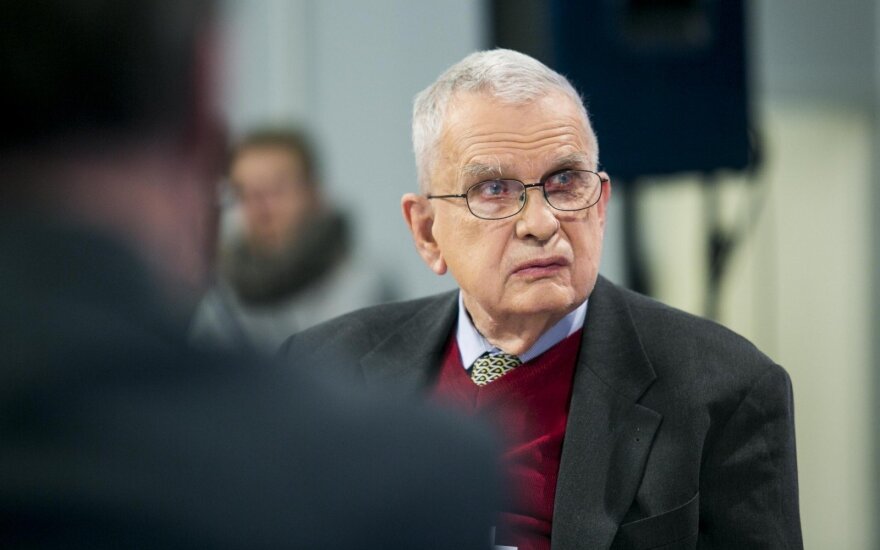 "Without those links [with the West], completely isolated, it [Russia] probably won't be able to exist. Sooner or later, it will lead to a collapse there. Those links are now badly damaged by Putin himself, and also the West. Autarchic Russia will not survive.

"I instinctively feel that it will last for another couple of years and then fundamental changes will take place as the evil will eat itself up, and then the threatening state of quasi-war or quasi-peace will be different from what we see now. Let us hope that it will happen," Venclova, who is a professor of Russian literature at Yale University, said.

He shared his views during the presentation at Vilnius Book Fair of the book 'The Search for Optimism in an Epoch of Pessimism: Eastern European Prophecies and Premonitions' that he has co-written with philosopher Leonidas Donskis.

Speaking about the Russian president's policies, Venclova compared Vladimir Putin to famous dictators, calling him a "new Caligula" with "black and strong powers" behind him. Europe is now going through a war that might take long, although its scope is smaller than world wars, Venclova said.

"A war is never what we expect it to be. It's always different. (...) We imagine a world war, and it might be completely different and in some sense it happens without any major destruction or human victims. They do happen, doubtlessly, but we cannot compare it to what happened during WWII. Such a war situation might last long. We have to be ready and we don't have to be afraid," Venclova said.

On 1 December in Warsaw, the Polish newspaper Rzeczpospolita presented the Jerzy Giedroyc award to...

The Lithuanian government on Monday granted a state monthly pension to poet Tomas Venclova, the winner...