Linas Jegelevičius | the Lithuania Tribune
aA
41-year-old Marius Ivaškevičius today is an established playwright, aspiring movie director and definitely one of the most talented young-generation’s artists in Lithuania. Frankly, we had met ages ago, in the early 1990, when Marius, then a student of the Lithuanian language and literature at Vilnius University’s Philology Department, mingled in M.K. Sarbievijus courtyard along with other literature wannabes, some of which, like him, very aspiring. 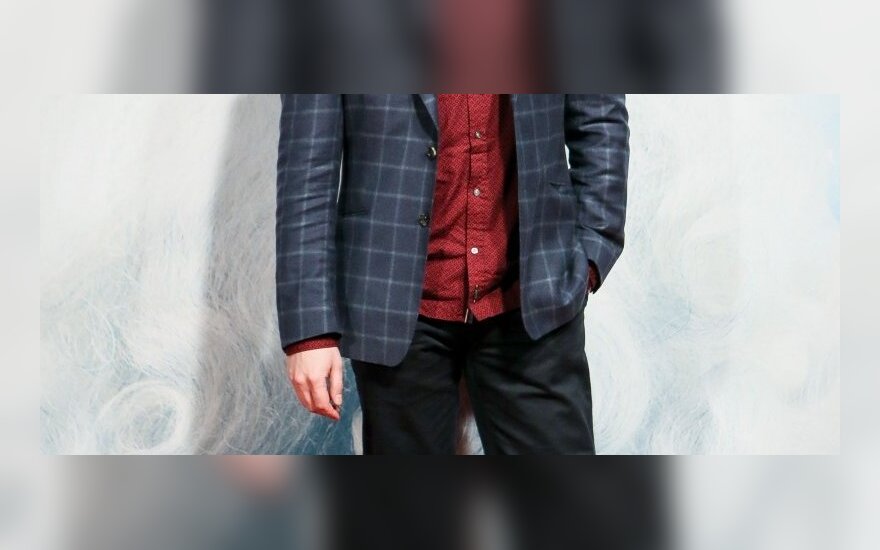 But over the years only Marius has stood and made a name for him, counting under his belt now a number of children books, plays, and off to an exciting path as a movie director. Ivaškevičius kindly agreed to take the Lithuania Tribune questions.

A staggering 95 percent of the 1990s’ mottle Sarbievijus courtyard crowd has literally vanished. Did you ever wonder what happened to the peers you perhaps had brushed your shoulders with then?

It’s been ages ago, and it’s very hard to tell where the fate has taken to the people. I’d perhaps hear of them if they would have stuck around the circles of literature and art. But it seems they’ve been doing something else than writing. Well, this is not surprising to me at all, as being a successful artist today requires more than just a talent. Exhibiting entrepreneurism in selling your creative work is no less of a big importance for an artist today.

As most of the folks from the courtyard you mentioned were poets- some very amateur, others perhaps more aspiring-for them, commerce-wise, making a living from writing verses was especially hard, because today there is no such a big demand for verses as for a good play or novel. In other words, plays are lots more marketable than verses. Sure, some might not like the way I talk about art and what makes a good artist, but these things really matter today. No one willing today gain success in the word of literature can defy or snub that.

Again, speaking commerce-wise, I perhaps would have dwindled away like many others if not for my discovery of playwright’s skills. Play-writing is perhaps the only literature genre in Lithuania that can feed the creator. I’ve been really lucky indeed being able to make ends meet without juggling other odd jobs.

Well, not really anymore. In fact, some novels can still take off, but, I stress, only few of them, like Kristina Sabaliauskaitė’s books. Why? Creation-wise, novel writing is a whole lot more complicated, time-consuming process than play writing. So the bottom line for commercial success is this: the word on the sheet of paper or the screen of computer has to get onto a stage, or even better, a TV screen. That plays sell best it does not surprise me, as theatre in Lithuania is really a cultic art. Like basketball in sports, for comparison. There are lots more theater goers out there than book readers. Besides, when it comes to the dissemination of works, it is always easier to get a good play onto a foreign stage than have a book leave the borders.

Can you take us through the process- from conjuring up an idea for a play to finding a theatre willing to exhibit the play? How much independent are you in the decision-making as far as type of play and perhaps the idea itself are concerned?

Well, first of all, I never get involved too much with the same theatre. Most of the time I have had single projects with them, so the peculiarities vary from one play to another. For example, speaking of the play “Madagaskaras”, a theatre director had approached me and we started off from there. In some other cases, like the play “Mistras”, I came up with the idea, wrote the play and brought it to a theatre director. Sometimes neither me nor theatre director can be praised for the conception of a play as some third-parties have to be credited for it. Like in the case of „Išvarymas.“

But as I told before, there cannot be a single model for every play.

To answer your second part of the question on “independence”, now I’ve come to a point of my professional life, where I can choose an idea- or agree to pursue an idea- myself. To tell the truth, not always had been that way in the past.

Recently I’ve been offered a lavish compensation for a work in a major project, but I declined it as I did not like the project and my expected part in it.

But, sure, the part of commerce and entrepreneurship always kicks in in decision making as I’m a married man and have to think how my family will make ends meet another six months. When I take on writing, I’m all devoted to it, and needless to say, I don’t take any other gigs to eke out the agreed royalty for the play.

So do you today the offers to write a play more often thumb down or thumb up?

(Grins) Frankly, as I’m getting choosier- and becoming increasingly able to be pickier- I’m turning down quite many of them. I do it without feeling much remorse, and that is a good thing.

Some of the offers, I got to admit, sometimes are politically-tinted. These kinds of offers I always turn down, as I am and will perhaps always remain politically disengaged.

Isn’t out there any political party you feel cozy with?

I really do not sympathize with any party. But when it comes to my political views, I certainly stand for the European democratic values which I go with in my life and some of the plays I’ve written are imbued.

We really have no other alternative than embrace what Europe has best and embrace the values in our life.

Can you mention some of the theatres you’ve worked with?

My first play went on stage at Jaunimo Teatras (Youth Theatre). Then I had a gig with the Oskaras Koršunovas Theatre, had my two plays for Mažasis Teatras. I‘ve also worked with the Lithuanian National Theatre. And I’ve had many gigs with various foreign theatres.

You are often characterized as one of the most vivid writers of young generation. Is there any way to describe it?

I really believe the generation has been off to a very good start. A very simmering, rebelling, perhaps a result of the national movement and the ensuing ramifications. But, again, just for a few writing is the breadwinner as the reality is pretty harsh: with the readership limited making living from writing is tough.

How can describe your average reader?

It’s hard to tell this. I doubt that many, except theatre students or, in case of “Madagaskaras”, schoolchildren, read my plays. So perhaps it would make sense to speak of the viewers.

It’s much easier to tell who they aren’t. A viewer who is very conservative, shivering out of fear seeing a shake-up of the traditional values, frightened that the garden of rue can be stomped upon is definitely not my viewer.

Most of the time, young people attend theaters with my plays on. This is very encouraging and rewarding. It suggests I’m not out of touch with the youth’s life.

With the experience you have as a playwright, how do you feel every time starting a new play?

Certainly I have accrued much self-trust with the plays under the belt. But believe me: every time I’m to start off with a new play I’m getting excited and uneasy as a first-grader. But the thought I might fail falls off after the first sentence is jotted down. Then there comes in this feeling I’ll reign in the plot. And it sweeps me away into the realm of creation.

Do you play soccer? Is the World Cup kind of a distraction for you now?

(Grins) I used to play it, on an amateurish level though. Since I started travelling extensively, I quit the game out of fear of an incident, which could hamper the daily work routine.

I don’t get much chance to watch the World Cup, but for now the Netherlands has stunned me. What an awesome team they make!

Your debut as a film director with the movie “Santa” has garnered much applause, but the movie has gone unnoticed at “Sidabrinės gervės“ (Silver Cranes) best-artist reward ceremony? Did it upset you?

Frankly, I couldn’t tell that it was unexpected to me…I saw certain signs that the ceremony was unfolding not in its favour, which happened later.

What kinds of signs are you talking about?

One of them was when I got into the venue of the ceremony I was told that our seats had been re-assigned, moving us further from the stage. In fact, we were seated at the very end off the stage. Honestly speaking, it was a little bit disappointing that the movie went unnoticed. I really believe that, merit-wise to art and culture, it should have grabbed a crane.

How special is “Santa” to you?

Well, first of all, to me as a movie director it is my first job. So just from that point of view it has been very special. I don’t know how I will see it long-term, but short-term, I’m over the moon about it.

Has the movie been success in Lithuania?

I believe it has (been so). Profit-wise, the movie box office has collected over 200,000 litas (approximately 60,000 euro). This is approximately as much as in average a foreign action movie amasses in Lithuania.

When will the movie go on Finnish screen?

The premier is scheduled for the Christmas. I cannot wait to see how it scores there. But before that it will be likely shown in a film festival.

Are you pondering new movie ideas?

I’m, in fact. Next project I might take on could be with engagement of Latvians. But let’s see how it plays out…