BNS
Lithuanian Energy Vice-Minister Renata Cytacka's husband Mariusz Cezary Cytacki, a Polish citizen who works for Vilnius District Municipality, has lodged a complaint with the European Commission over fines he has received for his refusal to take a Lithuanian-language exam. 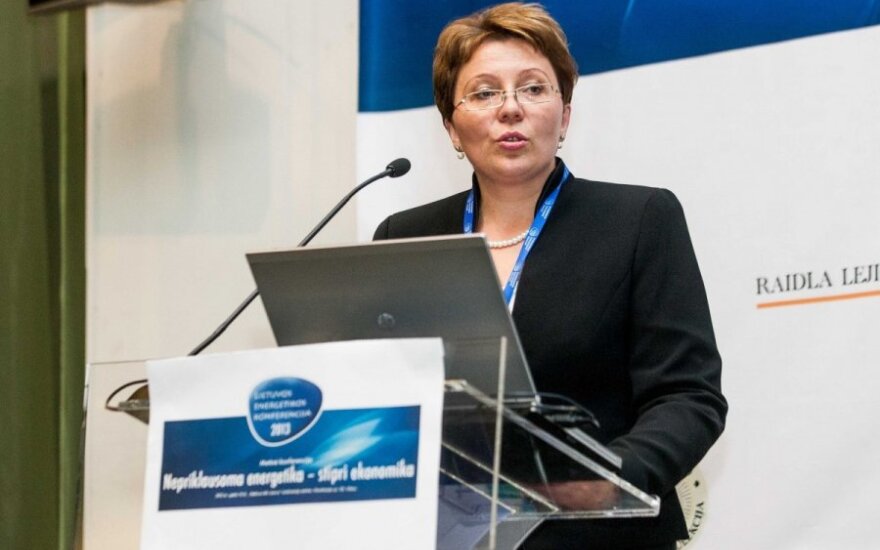 Cytacki, a chief inspector of the municipality's Public Order Division, was fined for ignoring the State Language Inspectorate's order to take a state language exam. He claims such a requirement violates EU law.

Earlier this month, the European Law Department under Lithuania's Ministry of Justice received a letter from the European Commission's Directorate-General for Employment, Social Affairs and Inclusion, asking Lithuania to provide information on the Lithuanian language requirements.

Mykolas Savelskis, a chief specialist of the European Law Department's EU Law Implementation Coordination Unit, told BNS on Monday Lithuania has two months to provide the information and the Ministry of Education and Science will be responsible for that.

"We have appointed the Ministry of Education and Science the primary interested institution," he told BNS.

The European Commission says such a provision does not provide the opportunity to take into account specific work requirements, and called on the Lithuanian state institutions to prove that this demand is justifiable with the goals of the state interest.

Cytacki's wife is an energy vice-minister representing the Electoral Action of Poles in Lithuania, a Polish party in the incumbent ruling coalition. She is the only vice-minister who refused to step down before the Cabinet returned its powers after Lithuanian President Dalia Grybauskaitė was inaugurated for a second term on Jul. 12. Prime Minister Algirdas Butkevičius said later she failed expectations.

Cytacka previously sparked controversy after calling the president a liar and failing to hoist a Lithuanian flag on her house in Salcininkai District on two Lithuanian national holidays in a row but she put a Polish flag on a Polish national holiday.

Lithuanian Deputy Energy Minister Renata Cytacka, a member of the Electoral Action of Poles in...