BNS
The Prosecutor General's Office has turned to the Supreme Court of Lithuania with an appeal against the acquittal of Eglė Kusaitė, a young Lithuanian woman who was originally convicted for terrorist attempt in Chechnya. 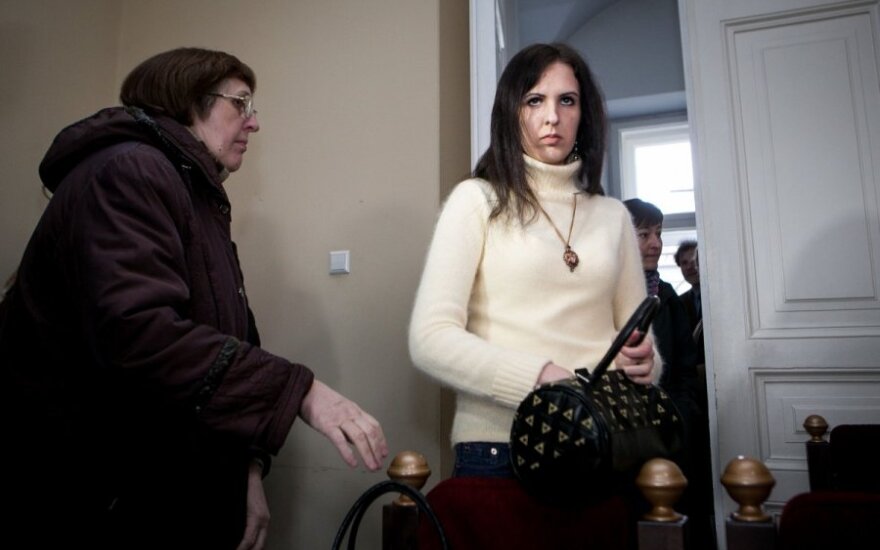 "The appeal was received on 10 July," Živilė Jokimaitė-Dolgich, spokeswoman for the Supreme Court of Lithuania, told BNS on Tuesday.

On 4 April, the Court of Appeals acquitted Kusaitė of all charges, saying her actions did not carry characteristics of a punishable offense.

Last year, Vilnius Regional Court found Kusaitė guilty of terrorism and sentenced her to 10 months in prison. She was not imprisoned, however, because her pre-trail detention exceeded the sentence.

The Court of Appeals established that Kusaitė said online, in private conversations and in public that she planned to detonate herself in the Russian territory for her personal and religious beliefs. She also downloaded books and communicated with Magmadovs, Russian citizens of Chechen nationality, online and on the telephone and received a money transfer for her trip to Moscow. Her actions, however, never evolved into preparations for a terrorist act.

The Court of Appeals also noted that the authorities were aware of Kusaitė's actions and tolerated them, she was even issued a Russian visa to be detained during her trip or shortly after arriving in Russia. Such actions of the law enforcement were deemed provocative.

Kusaitė was detained in October 2009 by officers of the State Security Department at Kaunas bus terminal. According to the charges, she was on her way to Chechnya where she intended to detonate herself outside a military object.

Kusaitė said in court she was included into the network of provocation by the State Security Department back in her teenage years. Her supporters claimed the Russian Federal Security Service may have also been involved in the case.