Echoes of the Great War resonate a century later

STRATFOR
On 28 July 1914, exactly one month after Archduke Franz Ferdinand of Austria and his wife were shot dead, Austria-Hungary declared war on Serbia. The stage was set for World War I, an inevitable result of decades of political manoeuvring, militarization, alliances and planning for a conflict that would shatter the great European epoch, laying waste to empires and ascendant nations. 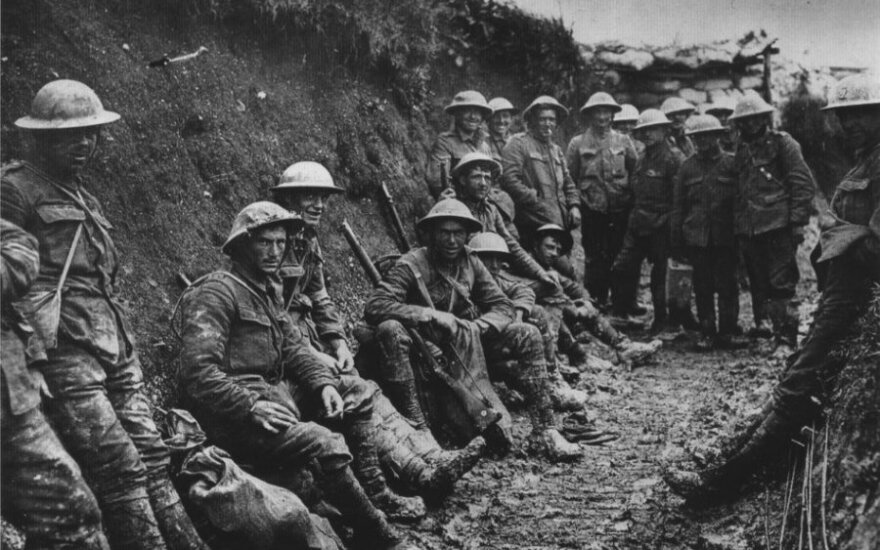 At the heart of World War I was the rise of Germany and the question of its place in the European balance of power. Prussian statesman Otto Von Bismarck had painstakingly crafted a modern, unified German nation through fire and blood, ensuring its survival through shrewd realpolitik diplomacy. The new unified Germany remained wary of potential threats from east and west, a concern reciprocated by nearby states, which harboured deep-seated concerns and fears over Germany's rise that even Bismarck could not allay. With the coronation of Kaiser Wilhelm II, a man known to be possessed of unbridled ambition, the German question increasingly demanded an answer.

With the possibility of a Pan-European conflict growing, the Great Powers set about drawing up strategic war plans. Each nation made its plans based on its unique geopolitical position, but the grand designs were also deeply affected by a host of secondary considerations. Constrained by a historic legacy of conquests, alliances and rivalries, and shaped by emotional and political ideology, the war plans of the Great Powers were a clash between seemingly sound strategy and each nation's unique and subjective interests.

The original Schlieffen Plan – a scheme to rapidly deploy German combat power to where it could be decisively used – envisaged a German army bolstered by Austro-Hungarian and Italian forces facing off against an isolated France. However, on the eve of World War I Germany was left facing a two-front war against France and Russia, with only a distracted Austria-Hungary for support, dismal chances of Italian involvement (at least on the side of Germany) and the high likelihood of British involvement.

Helmuth von Moltke the Younger, the head of the armed forces who ultimately had to take Germany to war, and his general staff had to contend with a significantly different strategic reality than that first envisaged by Count Alfred von Schlieffen. It was in large part due to Kaiser Wilhelm II's meddling and his obsession with weltpolitik, the desire to achieve global power through aggressive diplomacy, that Germany went from being at the center of an alliance between Austria-Hungary and Russia (the League of the Three Emperors, formed in 1873) to facing the combined might of France, Russia and the United Kingdom (the Triple Entente of 1907) with limited support. This fact not only virtually ensured a two-front war against France and Russia, but it also raised the possibility that Germany would face a crippling naval blockade – the cost of antagonizing great sea powers.

The German navy, once a very distant second to the land army, had gained prominence in the decades immediately before World War I. Driven by the Kaiser's obsession with projecting German military power around the world and aided by Grand Adm. Alfred von Tirpitz's supreme drive and charisma, Germany spent enormous effort and capital on the development of its High Seas Fleet. The focus on the creation of a world-class battle fleet not only diverted significant resources from the army, it also ultimately secured the enmity of Great Britain, Europe's premier naval power.

The United Kingdom, consistently preoccupied with the possible breakdown of the balance of power in Europe and the emergence of a single great continental force, was justifiably alarmed at the breakneck speed at which Germany was constructing its navy. A victorious Germany with a powerful battle fleet would pose a genuine existential threat to the United Kingdom. The Battle of Jutland aside, the High Seas Fleet did not truly seek to defeat Britain's Grand Fleet; it was content to remain a threat as a "fleet in being."

From the German perspective, the war had to be fought on land. From a strategic military perspective, it is very hard to find fault with the original Schlieffen Plan. Even Moltke the Younger, who certainly committed operational blunders once the war started, could not truly be faulted for the plan that Germany went to war with. Germany also faced the added pressure of time; every passing year diminished Germany's relative military edge and tilted the balance against it as France militarized and Russia continued to rebuild an army, schooled by lessons learned from war with the Japanese. Faced with time constraints, saddled with many enemies and few allies, and facing a war on two fronts, the most salient issue surrounding Germany's war plans was not a dim chance of success; rather, it was the fact that the deployment and operational blueprints were truly the best Germany could do given the circumstances.

Germany inevitably played a central role in defining the pace and direction of the conflict in 1914, but the other Great Powers (and their plans) deserve much scrutiny, especially the land powers of France, Russia and Austria-Hungary. French strategic thought before the Great War, guided by the meticulous Gen. Joseph Joffre, was grounded in the overwhelming belief and desire that France would avenge its humiliating defeat of 1871 and recover its lost territories. By the time Joffre became chief of the general staff in 1911, French war plans were significantly bolstered by the high likelihood that both Great Britain and Russia would join any war against Germany. 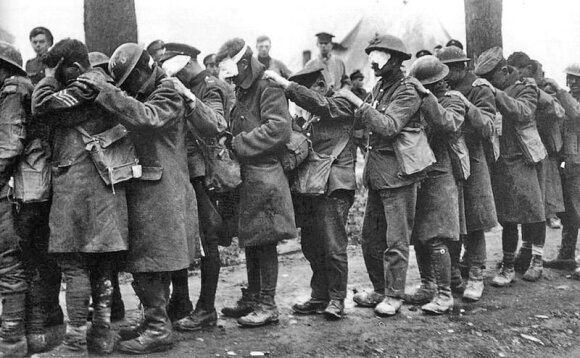 In fact, the United Kingdom would take at least a year to mobilize and ship a force beyond the size of an auxiliary British Expeditionary Force to French shores. The slow pace at which Russia could mobilize across its vast territory was also well known. Taking into account Germany's conventional military superiority over the French, Paris would have arguably been better served to assume the strategically defensive position and seek to absorb the inevitable German offensive. Once its allies fully committed to battle, the French could then theoretically revert back to the offensive and overwhelm the outnumbered Germans.

But given the French ideological commitment to the spirit of the offensive, such a plan could not even be seriously considered. France was traumatized by its defeat in the Franco-Prussian war, and so its military theorists gradually convinced themselves and the nation that "only the offensive yields positive results." In fairness, most of Europe at the time had embraced an offensive-minded warrior culture, but the French strategic obsession with the "offensive a l'outrance" permeated through the French army, especially after Joffre purged the officer class of "defensively-minded" commanders. The attack was not only deemed to be more effective; it was considered morally superior.

The operational and tactical adoption of offensive theory was to have damaging consequences. The concept of "elan," or the will to win, often translated into massed bayonet charges against dug-in machine gun positions. Although the French had fielded a number of machine guns by 1914, automatic weapons did not have as significant a role in French doctrine as the machine gun did in German tactical doctrine. Even French uniforms showed a disdain for camouflage, emphasizing conspicuous features such as blue hats and red pants. Saddled with "offensive spirit," Joffre created Plan XVII, which primarily focused on a desire for rapid mobilization and concentration in the border area to allow for rapid offensive and counteroffensive action.

Russian strategic calculations revolved around two key considerations based on the likelihood that Germany would have to attack France first. On the one hand, Russia was under considerable pressure from Paris and was keen to drive a powerful offensive against Germany, maximizing the advantage of Berlin's distraction by a two-front war. On the other hand, Russia also had to take into account 40 divisions of the Austro-Hungarian Empire south of the Carpathian Mountains. Russia wanted to strike at Vienna before Austro-Hungarian forces could overwhelm Serbia, the ally that brought Russia into war in the first place.

Because Germany was the pre-eminent threat, many believed that Russia should adopt the 1910 version of Plan 19, which envisaged a withdrawal from the bulky and largely indefensible Polish salient. This required the adoption of a defensive posture toward Austria-Hungary with 19 divisions and the concentration of a very powerful force of 53 divisions against the nine German divisions in East Prussia. Unfortunately for the French and for the wider allied war effort in general, the Russians ended up so radically modifying Plan 19 that almost twice as many divisions were allocated for an Austria-Hungarian offensive over a German East Prussian one.

In many ways, Austria-Hungary faced very similar decisions as the Russian Empire: namely, concentrate forces against Russia to relieve pressure on its ally Germany, or pursue a main thrust to the south to finally annihilate upstart Serbia and its 200,000-strong army. In much the same way that Russia prioritized its own domestic considerations and short-term gains, the Austro-Hungarian Empire could not give up its ambition of striking at Belgrade and ended up dividing its forces in such a way that there were both insufficient forces facing the Russian offensive as well as insufficient forces left to take Serbia.

While the German issue had to be resolved, there was nothing inevitable about the way the European powers resolved it. The plans leading up to war were saturated with geopolitical factors, tempered and influenced by domestic considerations and left at the mercy of previous foreign policy decisions. Occasionally, they went against prudent strategy and geographic principles. Bismarck's brilliance was replaced by an arrogant foreign policy that stacked the alliance system against Germany. French war plans were heavily influenced by ideology. Russian and Austro-Hungarian strategic decisions were beholden to domestic political considerations and foreign policy ambitions. Germany felt that its place in Europe and in history had to be hardened between 1871 and World War II (and indeed, to the present).

One hundred years ago, millions of young men across Europe mobilized for war. Leaving their homes, they marched across Belgium, Poland and the Balkans as pieces of war plans their nation's leaders had agonized over for decades. All the Great Powers involved in the war sought a decisive result but to no avail. None of the belligerents were quickly pummelled into submission, as was anticipated. Instead, the war endured for more than four years in trenches, mountains and the cold waters of the Atlantic and the North Sea. World War I represented the beginning of the end of the European epoch and forever altered the map, as it marked the demise of empires and the birth of nations.

This summer, though full of fresh war fears, it will be time to commemorate the beginning of the First...