DJ Moguai: "The Lithuanian crowd is enthusiastic, but you have to catch them"

Carmen Muñoz Torres
aA
The name "Moguai" may not sound familiar at first (well, at least if you are not a fanatic of EDM), but if you look him up, you will see that he has collaborated with the likes of Fatboy Slim and he has done remixes for artists that range from Britney Spears to Moby. 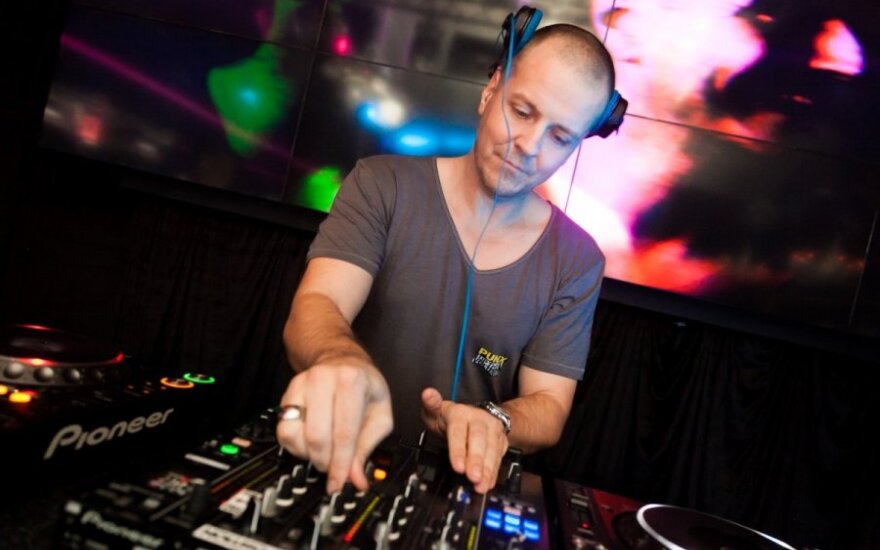 Moguay played last Saturday at Exit Vilnius and we took the opportunity to have a little chat with him about his story as a DJ, his past as a law student, Vilnius, going for what you really love and his upcoming projects.

First of all, give us a quick update, what have been the highlights of this year so far?

Definitely my collaborations, I´ve worked with Tiësto, I made a record with Kaskade, one of the biggest DJs in North America, with Benni Benassi, my vocal version of Mammoth with Dimitri Vegas and Like Mike, my track A C I I D, that was Billboard nº1 so... yeah! [Laughs] a lot of new tracks!

You have been active since the nineties and you have done a lot of various things, but is there anything that you feel you have not done yet?

Yes, for sure! I did instrumentals all over the year, but now I am really trying to produce music for the right vocals, not just: "I have this track that needs vocals". More like: "This feels right!" This is my next challenge.

And from all the tracks, collaborations and remixes you have done through your career, is there any special track that makes you thing: Wow, I'm really proud of this!

Well definitely would be the first track I did on my own, U KNOW Y I made it in 2001, and it helped me a lot to believe in myself. A lot of people told me: "Oh, you can't bring this. This is too different, no one will like it". And then it became a top 40 hit in Germany, it was the music of a new Sugababe single [In the middle] which went top 10 in forty countries all over the world, so it was very impressive for me. It gave me self-confidence to do what I really like.

We've discussed your year and your career but, what are your upcoming plans?

Well I´m still in this year, producing and touring. In New Year's I go to Rome, to play there in New Year's Eve, then I go to LA for four weeks. I do it every year, because it´s good for my mind and for connections, I know a lot of people in America which are very helpful for my career and from there I will do a little Asia tour: Bangkok, Kuala Lumpur, Singapore, then back to Germany...

You have released your two LPs with deadmau5´s label (Mau5trap), how has it helped expanding your exposure?

Before this I only did Europe tours, now international tours because everybody nows me because of that!

How did that collaboration started?

I Just had some music, he liked, it was very simple! I was also very surprised when that came up.

You released your last album in 2012... Are there any plans to release another one at the moment?

Yes! There are only a few tracks ready but I think I am ready for a new album, because I think you have to feel ready for this. I'm not the kind of guy who say 'Ok, now do this, this" and I stand for it, I have to feel it. And know I feel it's the right time for an album.

Ok, now the mandatory question about our country, is it your first time in Lithuania?

No, I've been here in this club before, around two years ago. I like it a lot! I like being here, I like the city... it is nice. Good people, good country. I really looked forward to it, when I heard that I was playing here tonight I was: 'Wow this is cool!' It's good coming back.

And what do you think of the Lithuanian crowd?

Enthusiastic, up for party, but you have to catch them, for sure. They are not easy, they are like 'Ok, should I party or not...’ They are like the Germans. I can handle it! [Laughs]

Let's go back to the past again... What made you start in this?

In this DJ world? I started Law and I needed something for a living, and then I said ok, it is a great idea to start working as a DJ, I started playing every week for a small amount of money so I can finance myself and that became more and more! Everyone booked me all over Germany and I made my first records and I had to make a decision. Living as a lawyer or as a music producer and a DJ?

Did you ever start working as a lawyer?

No, never. And I'm very happy!