BNS EN
Vytautas Landsbergis, Lithuania's first post-independence leader, says that the discovery of what is thought to be an original copy of the country's Act of Independence of February 16, 1918 is spiritually, morally and politically very important for the nation. 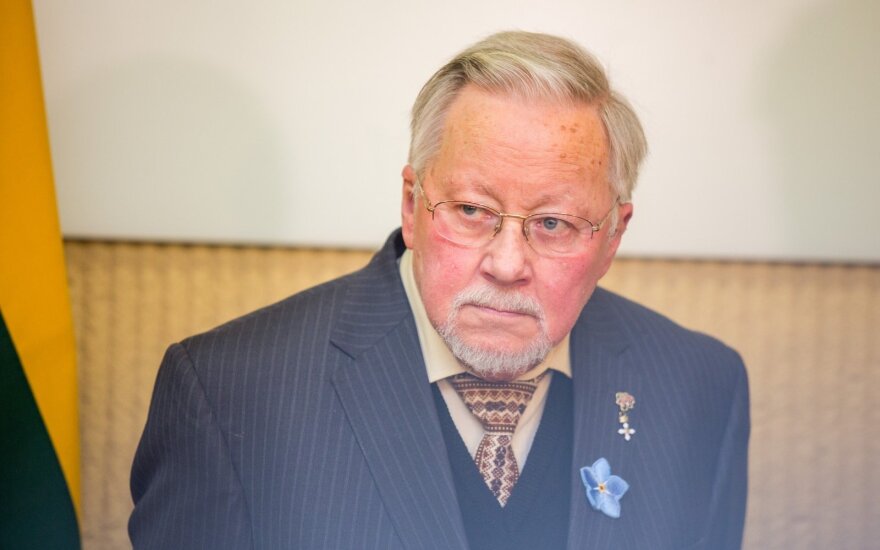 This means a lot to us as a nation and society," Landsbergis told BNS.

"Nobody questions our status as a state because we don't have the original copy of the first basic act. This is not a very important new thing in legal terms, but it is very important spiritually, morally and politically that we are no longer an unfortunate nation that has lost its original basic state document," he said.

Liudas Mažylis, a professor at Vytautas Magnus University, confirmed to BNS on Wednesday that he had found the Lithuanian-language original of the act in the German Foreign Ministry's archives in Berlin on Wednesday.

Landsbergis thinks that Lithuania should seek to get the original document back, but it should not push Germany to do so.

"We can't demand. Germany could (return the document) in an extremely nice gesture of good will. This could happen today or perhaps on the occasion of the 100th anniversary," the politician said.

"And if somebody finds out that legally and constitutionally, Germany can't take a document out of its state archives and give it back to another state, then we'll have to accept this as a fact," he said.

Sill, Landsbergis hopes that the Act of Independence will return to Vilnius, where it was signed by the Council of Lithuania 99 years ago.

President Dalia Grybauskaitė says that the discovery of what is believed to be an original copy of...

The president of MG Baltic says that the business group will keep its promise to pay a million euros...