BNS
aA
Vladislavas Švedas, one of the former Communist leaders in Lithuania and a defendant in the January 13 case of attempted coup, has told a court he was declining the lawyer he had been appointed for the case, citing indignation over the lawyer's public statements about the 1991 events mentioned in the case. 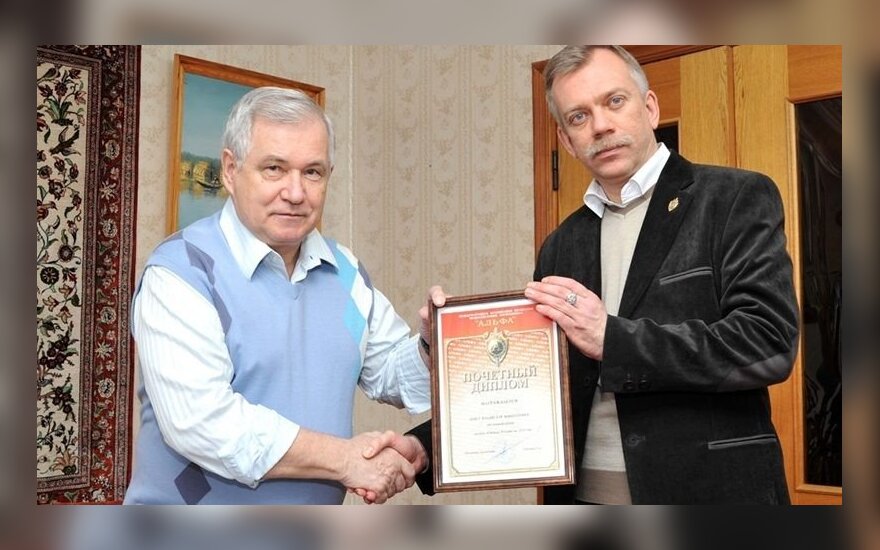 Just like most of other defendants in the 1991 attempted coup trial, Švedas is not present in court hearings. The defendants are represented by state-appointed lawyers, some of the defendants have hired their own defence. Just like other defendants, Švedas has been appointed two lawyers: one for constant participation in the proceedings and the second one as a backup.

"I am charged with war crimes and crimes against humanity. I believe my rights to fair defence are violated in the most serious way possible," Švedas said in a statement that was published by the court at the Monday's hearing.

The defendant said he had been appointed lawyer Renata Janušytė with whom he communicated via emails. However, he received a message last August that he would be represented by Karolis Jovaišas whom Švedas accuses of consciously avoiding contact. Furthermore, Švedas said the lawyer had repeatedly made public statements about the Jan. 13 developments and the words conflict with his position on the accusations.

In the defendant's opinion, Jovaišas referred to case materials in his public statements. Švedas specified he was extremely outraged by the lawyer's public statement "The Kremlin lies about Jan. 13 is not that disgusting. It is even more disgusting."

The defendant complained that Jovaišas' publication contained "extremely biased and politicized stance." In his words, this shows that the lawyer supports the prosecution, therefore, requested a different lawyer.

The Vilnius court has been hearing the Jan. 13 case for two years. It is one of the largest trials in the history of independent Lithuania.

In the early hours of January 13, 1991, the Soviet Union's military units attacked the Vilnius Television Tower and the Radio and Television Committee Building, killing 14 unarmed civilians.

That’s because the first two positions in Russia ’s enemy ratings are reserved for extremely...

More than 150 witnesses have been interviewed in the January 13 attempted coup case in the Vilnius...

V. Laučius. What allows to think that on January 13 there was “friendly fire”

Defendants in a mass trial related to the bloody events of Jan. 13, 1991 in Vilnius must be given...