BNS EN
aA
Decorative signs in the Lithuanian and Tibetan languages will be unveiled in Tibeto Skveras, a small public garden in Vilnius' Uzupis neighborhood, on Tuesday. 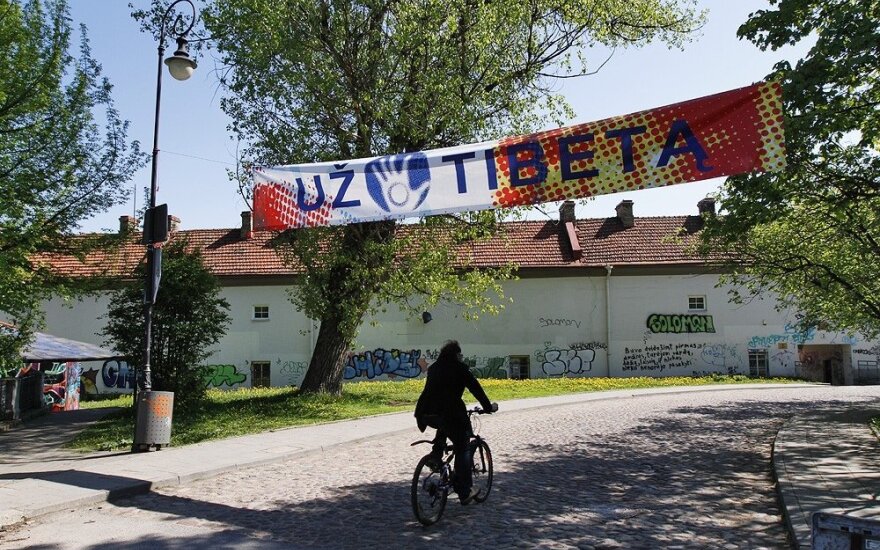 At the group's initiative, the small public garden in Malunu Street was named after Tibet seven years ago.

Such decorative signs in the respective languages are already in place in the capital's streets named after Jews, Tatars, Russians, Poles, Germans, Icelanders, Latvians, Karaims and Dutch, and in the Washington Square.

Lithuania officially considers the Tibet region in the Himalayas a part of China, but, along with other EU member countries, it calls for peaceful regulation of the relations between the Chinese administration and Tibet's spiritual leader Dalai Lama.

Sign in Lithuanian, Tibetan languages to be unveiled in Tibet Square in Vilnius

Decorative Lithuanian- and Tibetan-language signs, saying Tibet Square, will be unveiled in the Tibet...

Events of solidarity with Tibet will take place in Vilnius on Friday to bring attention to human...

The Dalai Lama is expected to come to Lithuania in June.

Dalai Lama to give public talk at Vilnius' arena in June

The Dalai Lama will give a public lecture at Vilnius' Siemens Arena during his visit to the...