BNS
aA
A crypt has been found at St. Varvara's Chapel in Vilnius, which is part of the Markuciai Manor housing the Museum of Alexander Pushkin. 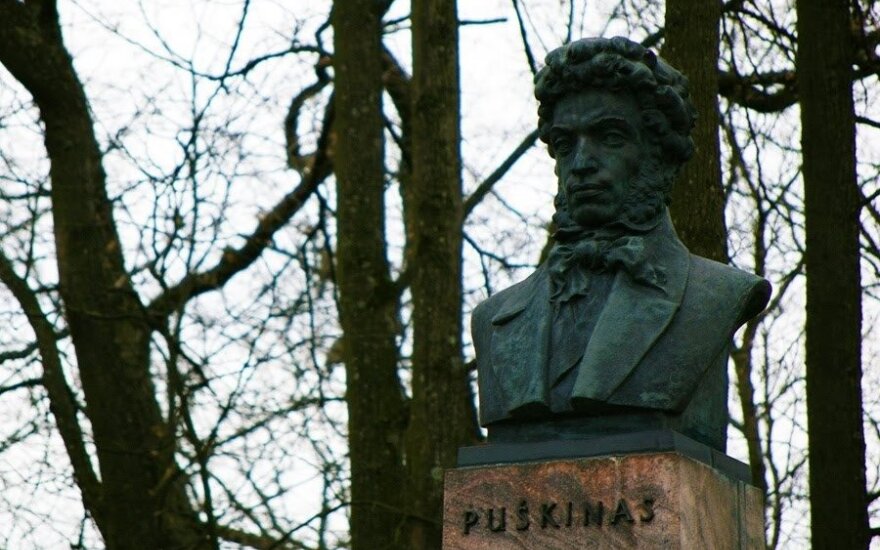 Monument to A. Pushkin in Markučiai
© Author's Archive

According to the Lithuanian Department of Cultural heritage, a gap under tombs was found after a concrete slab, part of a path, was raised. A burial vault with two coffins is visible through the gap.

Up until now, it was thought there were simple tombs there but the discovered vault refutes this opinion and might provide new information on related burials, specialists say.

The vault contains two coffins, with one of them considerably older. The vault itself is arched, and is about 2.25 meters in height, around 3 meters in width and 3–4 meters in length.

Specialists from the Department of Cultural Heritage say the discovered vault could be linked to another one existing on the side of the Chapel.

Varvara Pushkina, the wife of Russian poet Puskkin's son Grigory, came to live at Markučiai Manor in 1899, and the Museum of Alexander Pushkin was opened here in 1948, following her death and at her request.

The discovered vault might contain the coffin of Varvara Pushkina's mother Melnikova and an unidentified person's coffin, specialists suspect.

Was Pushkin's great-grandfather baptised in Vilnius?

In the historic part of Vilnius, on Didžioji Street, there stands the Orthodox Church of Saint...

A clay pot with 350 coins dating back to the time of Sigismund II Augustus was unearthed on Monday by...