BNS
aA
Lithuania's Court of Appeals has rejected prosecutors' appeal against the acquittal of a former Soviet militia officer in a war crime case. 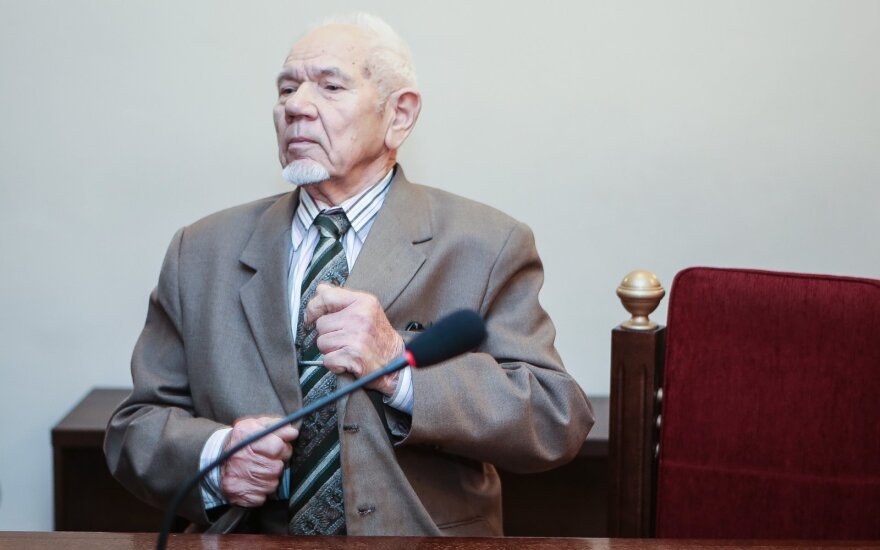 A jury of the Court of Appeals on Monday backed the ruling of a lower court and said prosecutors could not prove beyond reasonable doubt the defendant's guilt.

"There are no surviving witnesses, there are no means of checking the circumstances," Judge Svajūnas Knizleris said.

The defendant, Vaclovas Lučinskas, 85, did not attend Monday's hearing due to poor health.

He was accused of deportation of a civilian family in 1949 and of murdering a man who tried to escape deportation, Julianas Bogdanovičius.

Last July, a jury of Vilnius Regional Court ruled that there was no evidence or witnesses to prove Lučinskas' guilt and check the authenticity of the deportation documents.

Prosecutor Rita Vaitekūnienė disagreed with the ruling and asked the Court of Appeals to sentence Lučinskas to 11 years in prison.

"Archival documents show that it was Lučinskas who shot the fleeing Bogdanovičius. After 1949, he continued to work in structures of repression, receiving numerous commendations for his service," Vaitekūnienė previously said.

Lučinskas pleaded not guilty, insisting he had no part in the deportation of the Bogdanovičius family.

The prosecutor had located the only surviving member of the family, Julian Wieromiej, the son of the killed Julianas Bogdanovičius, who was born soon after the death of his father.