BNS EN
aA
A Vilnius court on Monday opened hearings into the bilingual street signs in the Lithuanian capital. The government's representative says that non-Lithuanian signs run counter to the law and may instigate hatred, while the municipality maintains the signs are merely a decorative element. 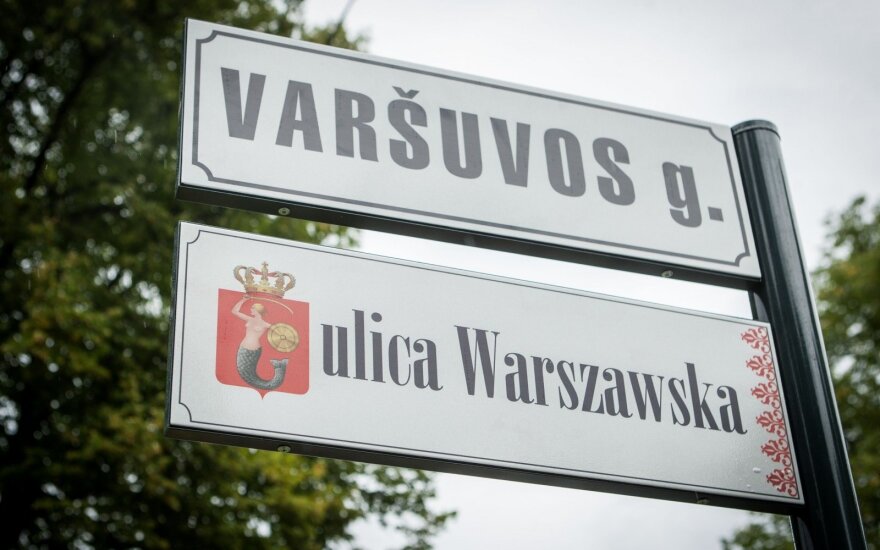 The government's representative in the Vilnius county, Vilda Vaičiūnienė, says that all names should be strictly Lithuanian and in the form that is provided in the official register of addresses. She emphasized that street names can only be granted by the City Council, not individual politicians. Furthermore, Vaičiūnienė maintains that the names in foreign languages may trigger hatred on ethnic grounds.

Her position was in court supported by representatives of the State Language Inspectorate and the State Commission for the Lithuanian Language.

Neringa Aleksonytė, representative of the Vilnius municipality, told the court that the signs were not new street names but, instead, were put up to emphasize the municipality of the Lithuanian capital as a multicultural city and boost tolerance.

Related articles
Govt representative turns to court over bilingual street signs in Vilnius
Ažubalis. Will Lithuanian-Polish relations step out of the deadlock?

"We object the claimant's position that the signs are new street names (…). The signs are merely informative, they are not official indications," said Aleksonytė.

Nine street signs on the streets of Žydų, Totorių, Rusų, Lenkų, Vokiečių, Islandų, Latvių and Karaimų, as well as the Washington Square have been put up since the end of 2015 at the initiative of top officials of the Vilnius municipality in foreign languages, signifying Jews, Tatars, Russians, Poles, Germans, Icelandic, Latvians and Karaitės.

Vilda Vaičiūnienė, the Lithuanian government's representative in the Vilnius county, has turned to...

A Vilnius court has overruled the plea from the government's representative to list street signs in...