BNS
aA
The Palace of the Grand Dukes of Lithuania was on Friday solemnly opened following its 15-year construction. 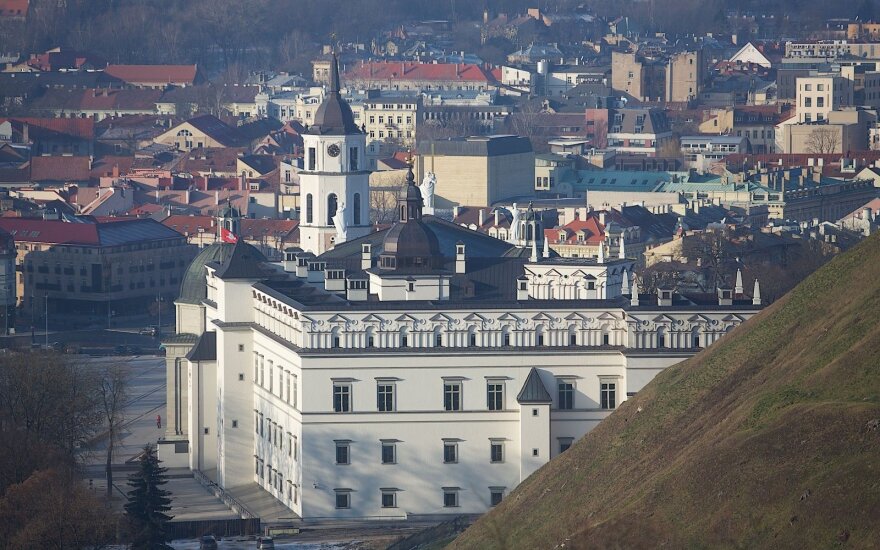 The Palace of the Grand Dukes of Lithuania
© DELFI / Mindaugas Ažušilis

"The restored Palace shows that a hard-working national can fulfill its dream. And I would like to congratulate you on the fulfillment of this century-old dream. It's a unique museum complex uniting four museum under one roof," Vydas Dolinskas, director of the national museum Palace of the Grand Dukes of Lithuania, said during the opening ceremony.

The completion was marked with several exhibitions and a concert performance of the opera Elena.

The two exhibitions – The Saxon Electors – The Grand Dukes Of Lithuania and Florence From The Renaissance To The Baroque – were brought from Germany and Italy to present Lithuania's historic and cultural ties with foreign countries.

Italian President Sergio Mattarella said in his congratulation speech that these pieces of art help to celebrate ties between nations.

The first part of the palace was opened to the public in July, 2013.

The reconstructed palace with a total area of 13,500 square meters houses a national museum that contains 0.5 million archaeological exhibits of unique Lithuanian heritage.

The construction project has cost over 100 million euros in total.

The Palace of the Grand Dukes consists of four buildings and a closed courtyard and was built over the remaining ruins of the original palace, which was demolished 200 years ago.

The construction of the Palace of the Grand Dukes of Lithuania on the site of the original palace in...

President Dalia Grybauskaitė , who is in Italy on a working visit, has opened an exhibition...

Segments of a belt, believed to be worn by Grand Duke of Lithuania Vytautas, go on display at the...

On 4 February, the exhibition “The Palace of the Grand Dukes of Lithuania and its...

Exhibition of Medieval and Renaissance tapestry to open in Vilnius