Commission to 'promote' Lithuania among refugees

(14)
www.lrt.lt
aA
An interdepartmental commission, set up in Lithuania to oversee resettlement and integration of refugees, is putting together a plan how to promote the country among asylum seekers. Lithuania has pledged to resettle 1,105 refugees as part of an EU effort to ease the refugee crisis and will seek that the asylum seekers come to the country willingly. 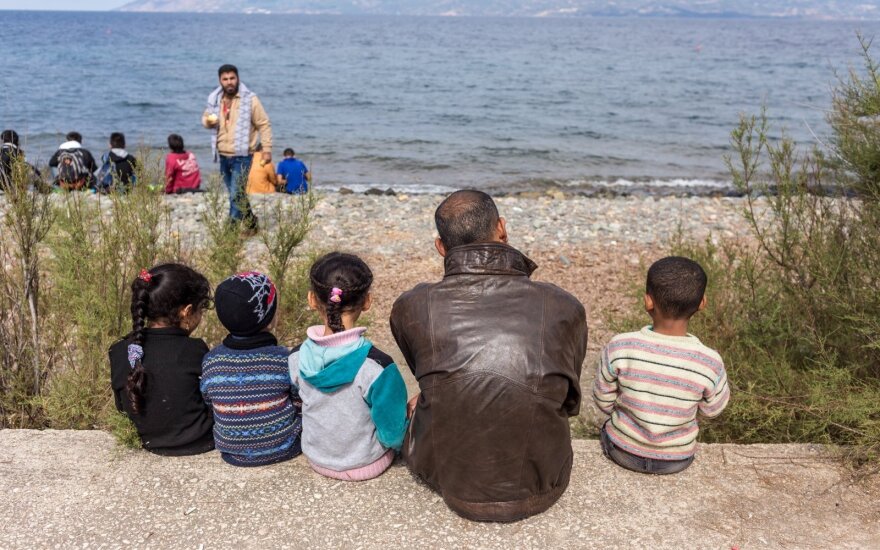 Officials from a Lithuanian delegation that recently visited refugee centres in Greece say that the Southern European country is not yet ready to hand over migrants to other countries. There needs to be a possibility to carry out security and health checks before the refugees could be moved to other countries, they say.

"We were among the first to come to these countries [in Southern Europe] to look for people for resettlement. You must understand that they need to have documents," says Rimantas Vaitkus, Deputy Chancellor of the Lithuanian Government.

Related articles
Lithuanian PM: We need to 'motivate' refugees to choose Lithuania  (1)
Refugees will not be forced to come to Lithuania, PM says

Refugees who are making their way in thousands from war-torn countries in the Middle East and Africa to Southern Europe have absolutely no idea what Lithuania is. Most of them are heading for Germany or Scandinavia, Lithuanian officials say. Many, they add, do not even want to end up in France.

Vaitkus, who is in charge of coordinating the resettlement and integration commission, says that Lithuania will work to inform refugees in Greece and Italy about what they might expect in the Baltic country. They will not choose to come to Lithuania, he says, unless they know something about the country and what kind of assistance they will receive.

After arriving in Lithuania, they will be accommodated at the Refugee Centre in Rukla, where they will be offered a three-month language course, will be instructed about the country and employment opportunities. Those granted the asylum seeker status will then be moved to one of the 17 municipalities that have so far agreed to accept refugees.

"In the beginning, they [refugees] will be given assistance in the form of benefits, training, services and information. Obviously, if they do not manage to find employment, the benefits will be reduced after a set amount of time, in line with the regulations of the Ministry of Welfare," Vaitkus explains.

According to preliminary plans, each asylum seeker will be entitled to monthly payments of EUR 265 for the first year. Different rates will apply to families with children.

"These people will receive benefits from the integration, migration and asylum fund, financed by the EU, and will be able to rent a place to live in any municipality they choose. Certain municipalities might offer additional assistance, but they will be able to rent accommodation anywhere," says Deputy Minister of Interior Elvinas Jankevičius. "The commission has made various suggestions, for instance, to make a rule that refugees must spend at least five years in the country that grants them asylum. We must say, however, that they will enjoy freedom of movement and will have the right to visit relatives throughout the EU."

Lithuanian officials in charge of refugee resettlement insist there will be efforts to have them come to the country willingly.

Lithuanian PM: We need to 'motivate' refugees to choose Lithuania (1)

As the Lithuanian delegation visiting Greece has so far struggled to find a refugee family willing...

Refugees will not be forced to come to Lithuania, PM says

As a Lithuanian delegation is visiting Greece and unsuccessfully looking for refugees who could be...

Lithuanian delegation in Greece says no Syrians in refugee camps (1)

A delegation from Lithuania, led by Deputy Minister of Interior Elvinas Jankevičius, continues a...