BNS
aA
A commission of the Vilnius city municipality suggests removing the monument to writer Petras Cvirka in central part of the Lithuanian capital due to his role in consolidating Soviet occupation of the country during World War II. 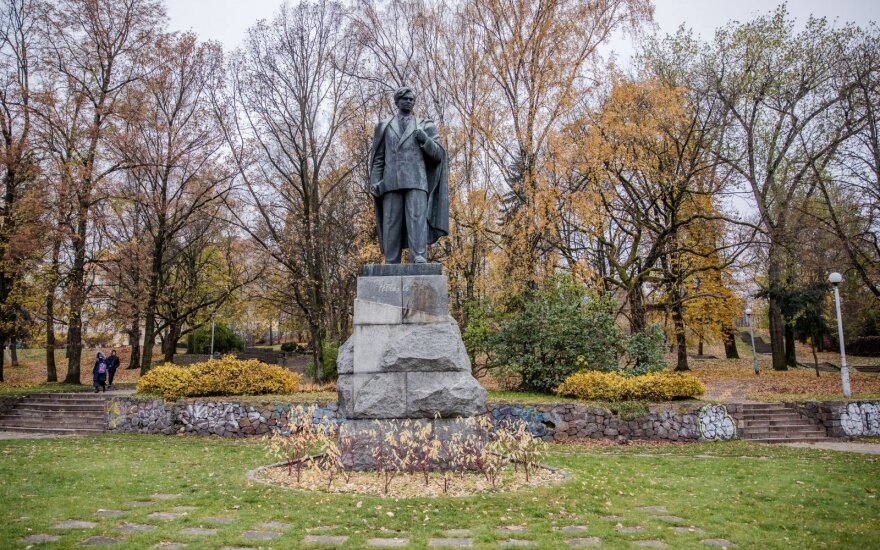 A task force consisting of the municipality's politicians, historians and cultural researchers decided to suggest to Vilnius Mayor Remigijus Šimašius that he should propose the issue for the municipality's council, conservative Paulė Kuzmickaitė, the head of the commission, told BNS on Thursday.

"We agreed to remove the monument, thus facilitating a new identity of the area in Vilnius. We think this is a meaningful step in celebrating the centennial anniversary of the Lithuanian statehood," said Kuzmickaitė.

Related articles
Vidmantas Valiušaitis. Regarding Škirpa - my Dear Mayor, the truth is rather to the contrary  (1)
Frank Kruk - Lithuanian novel by Petras Cvirka - makes debut in English

"We recognize that Cvirka is a symbol of Soviet ideoloty, which is not consistent with the idea of freedom of independent Lithuania and, of course, the society's expectations at all. We realize that his political activities, not his writing, is viewed negatively," she added.

In her words, after removal of the monument that was erected in 1959 would, money and time would be needed for a discussion with the society whether the sculpture could stay in other locations in Vilnius or would have to be transported to the Grūto Park of Soviet-era sculptures, the Cvirka museum in the Jurbarkas district or elsewhere.

The politician expressed hope that the mayor would leave the issue up for the City Council to decide.
After the Soviet Union occupied in Lithuania in 1940, Cvirka joined the Communist Party, was a member of the puppet People's Parliament and helped sovietize Lithuania.

The recent assertion by the Mayor of Vilnius, Remigijus Šimašius , regarding the Lithuanian...

Frank Kruk, a Lithuanian literary classic published in 1934 by Petras Cvirka , has been translated...

In the twentieth century, most of Lithuania underwent seven currency changes, not counting a stretch...